In 2019 Blizzard launched a significant update to their pinnacle ski touring line—the Zero G. When we reviewed the Zero G 105 skis that same year we were taken by surprise, it was a substantial upgrade on it’s predecessor and the downhill performance was well beyond anything we had experienced in such a light ski. We were curious if this same backcountry/downhill performance would be found in the slimmer Zero G 95 skis which trim 300g off each leg-lift on the up-track when compared to the Zero G 105. Optimizing weight with performance is a science unique to the anatomy and style of every backcountry skier with a number of factors to consider including skier weight, ability, age, terrain and ambition. Those who have more than a decade’s experience walking uphill on skis will be reassured to know that the days of compromise are long over as the Zero G 95 skis offer a compelling ratio of weight-to-performance that more than satisfy on the up as well as the down. 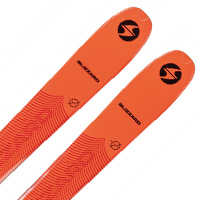 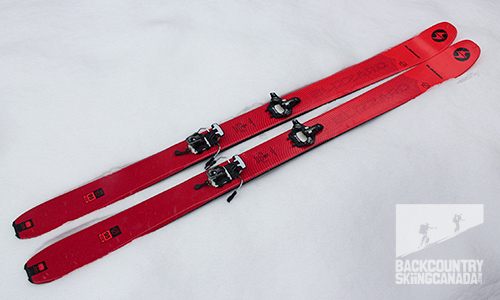 The playfulness of the Zero G skis can be largely attributed to the construction of the ski’s core which uses Blizzard’s Carbon Drive Technology 2.0 paired with an ultra-light paulownia wood and a Sandwich Compound Sidewall (Carbon). The 3D uni-directional carbon fibre frame of the Carbon Drive Technology 2.0 offers structure and rigidity where needed. Incidentally it was the fine tuning of this carbon frame in the 2019 update that meant the skis were softer in the tip and tail increasing floatation and playfulness. Two edge-to-edge layers of bi-directional carbon fibre are positioned in the binding mounting areas which improve binding retention and torsional strength for even more stability underfoot—particularly helpful in variable conditions. 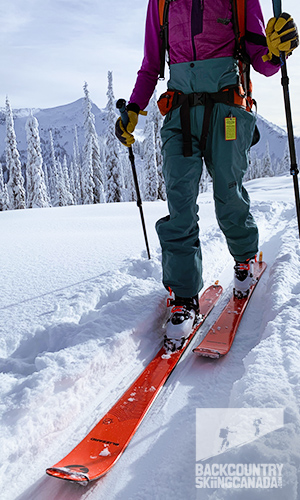 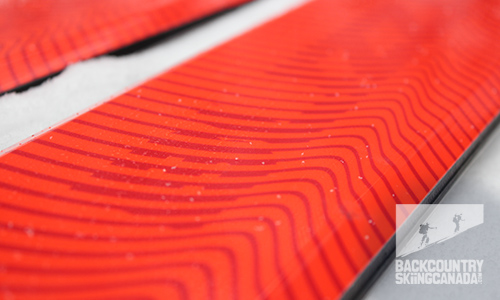 The Zero G 95 ski is a more traditional shape than the fatter Zero G 105 with a little less overall rocker, however, the turn radius is comparable at around 22m.

The Zero G 95’s tip-width is generous at 127mm (6mm less than the Zero G 105) which means there is plenty to help the ski stay afloat in deeper snow particularly with more give in the tip and tail. 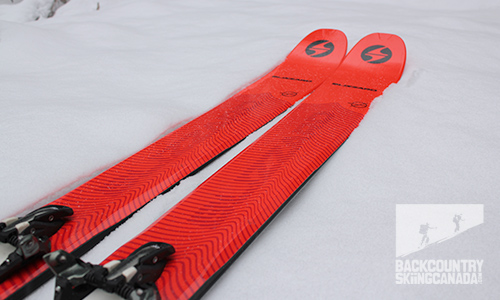 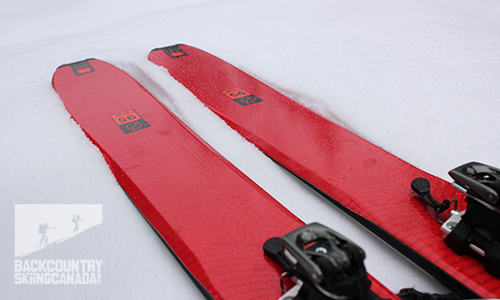 With generous rocker in the tips and tails the Zero G 95's provide just enough float when you need it most. The Zero G 95’s shape articulates down to 95cm at the waist and 111cm at the tail (both 10mm less than the 105s give or take 1mm). 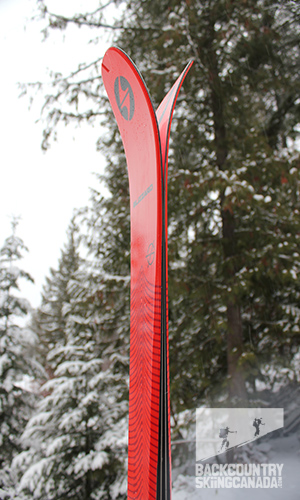 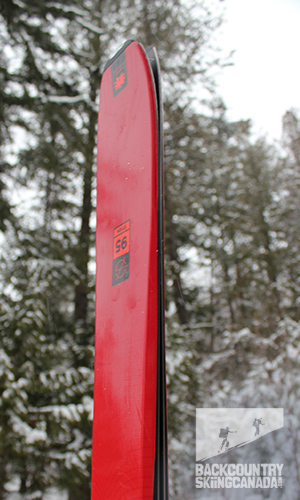 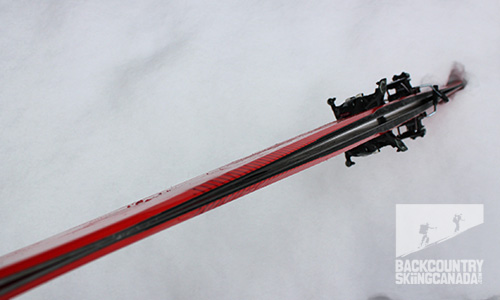 Both the tip and tail have built-in low profile unobtrusive skin notches which pair seamlessly with the Blizzards Zero G 95 Mohair/Nylon Skins, the skis also work with other skins as well. 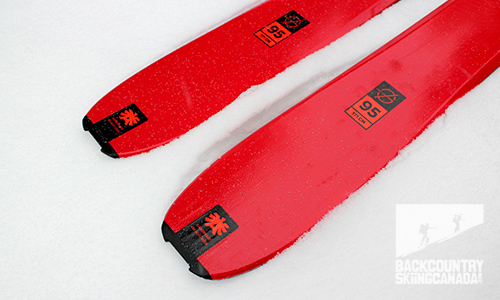 My first run on the new Blizzard Zero G 95 skis was early season in bounds and I was feeling uneasy at the prospect of skiing hard pack snow on a super light set up. My previous experiences with skis of this weight has always been one of instability, chatter and survival skiing so I was thinking “suck it up sister light skis just aren’t built for anything other than forgiving untracked pow”. I was well over halfway down the run before I could accept that the Zero G 95 skis were actually performing impressively well, I’d lean and they would hold an edge—no chatter, and fairly damp given their 1570 gram per ski (171cm) with Marker Alpinist Bindings. It was a bizarre feeling to realize that I could let go and trust the ski to hold no matter the snow conditions.

The following day I took the Blizzard Zero G 95 skis out for a walk and found them to be whisper-light on the up-track, so not only could I keep pace with my athletic partner without tiring but I could also enjoy the up. Walking on light skis is a pure joy that increases exponentially the more days you have under your belt and they don’t get much lighter than this unless you start to make real compromises or switch to a randonée set up. This is where maturity provides the perspective needed to really appreciate what Blizzard has created in the new Blizzard Zero G 95 skis. It’s one thing to make a light ski, we’ve had those for a while now but a light ski that can hold an edge, handle variable conditions and ultimately equalize the joy of skinning up with skiing down—that is impressive. This speaks to Blizzard’s mastery of carbon technologies underpinned with a lifetime of understanding race and freeride ski design.

In powder and packed powder the tips provided the float needed to stay on top of things and the tip/tail flex made them forgiving in broken pow and chop. The  Zero G 95 skis are made for advanced to expert skiers, so they are not going to do all the work for you, if you give ‘em a bit of energy and enthusiasm they will respond beautifully. While not as turny as your average resort ski, the 22m radius on the Zero G 95’s is enough to allow for a relatively quick and agile response in tight spaces especially if you drive them with a little more conviction and athleticism as mentioned previously. The longer than average sidecut also offers good stability in variable conditions for a ski of this width.

The Zero G 95s sit in the middle of a series of lightweight, performance skis with widths to suit different skier profiles–for pure fitness there are the Zero G 85s; for light, fast, go anywhere and ski anything, the 95s make a wonderful travel companion; and for the die hard deep-pow obsessed or burlier backcountry skier you have the 105s. This is where it’s worth noting that there appears to be no difference in spec between the Zero G skis for women and men so they seem to be a non-binary ski. This review has been written by an advanced female skier with a slim frame weighing in at 57kg (125 lb) so huge demands weren’t placed on the ski to stay afloat in pow, if you are a heavier and/or more aggressive skier then the Zero G 95s may not offer the stability or the float you need in deeper snow when compared to the Zero G 105s. Keep in mind though that the 105’s come with an additional 300g weight penalty per ski. For this lightweight adventurer the Zero G 95s are definitely keepers.