Like most Silicon Valley success stories, Chris Prior started his company in his North Vancouver garage where he shaped sailboards and then snowboards. In 1999 he moved operations to Whistler BC to be closer to the ultimate testing ground and soon after started designing and manufacturing split boards and skis. Chris’s legacy lives on through the company that he founded and which bears his name and Prior is now a considerble player in the high-end custom ski and board market. All of their skis and boards are still handcrafted in Whistler with the finest, locally sourced materials including Durasurf sintered bases, BC wood cores and sublimated top sheets. 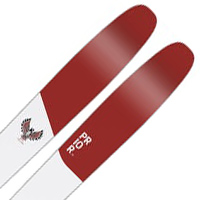 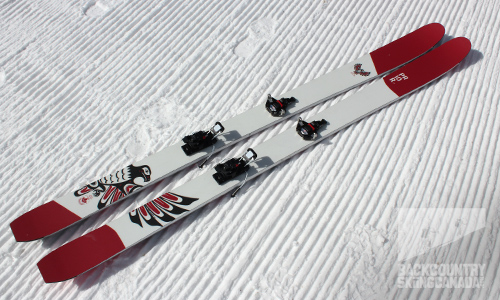 The Joffre is Prior’s most popular touring ski and gets its namesake from Joffre Lakes Provincial Park which is a Mecca for backcountry skiers. It's located in the Pemberton Valley about 65km or an hour and a half drive from Whistler/Blackcomb.

The design of the Joffre ski was inspired by the highly successful Prior Husume and Flute skis. The Joffre skis could be considered the little brother of the award-winning Husume ski with its similar shape although narrower waist width.

At 100mm under foot, the Joffre is designed for those steeper, less accessible lines, yet despite their thinner waist they still offer ample float in deeper snow conditions. This lightweight backcountry ski can take on varied snowpacks and terrain and even in-bound chunder and hardpack. 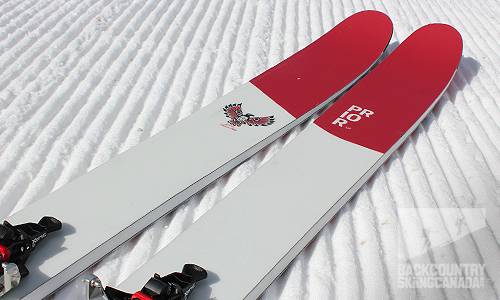 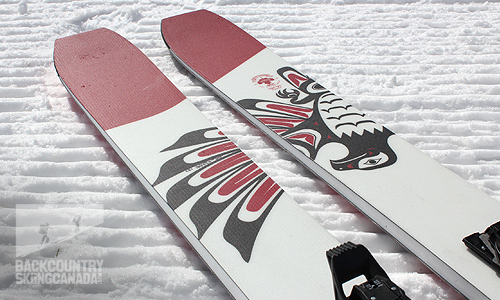 Prior’s Hybrid Rocker is a combination of early rise tips with subtle traditional camber underfoot which provides good floatation and predictability in deep snow and smooth edge-to-edge transitions with excellent edge control for a playful/nimble ride. 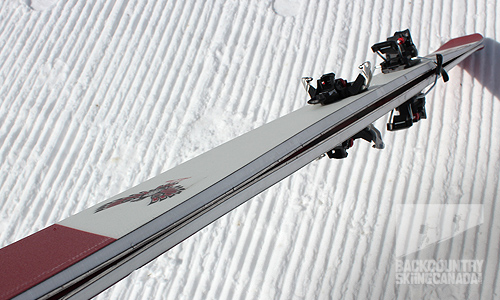 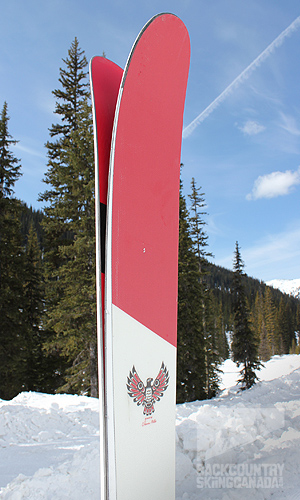 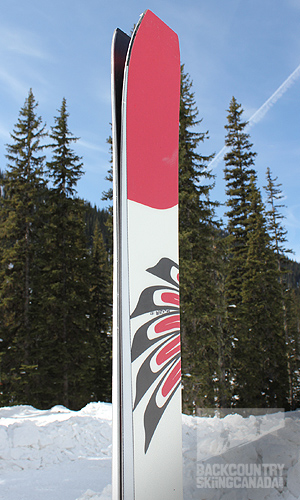 The Joffre Ski come in two flavours, the Quad-Glass and XTC Carbon version that we’ll review here. The XTC Carbon version costs $200 more than the Quad-Glass but also weighs only 3120g which is about 600g less than the Quad-Glass’s weight—a significant weight saving for the money without any loss in performance. The XTC version uses a layer of carbon (rather than Triaxial Carbon Glass) located between the top sheet and vertically laminated Maple core. This aerospace-grade carbon fabric weave/epoxy resin in the lay-up makes the skis more lively/fun and less damp than the glass construction which is said to be more stable at speed. 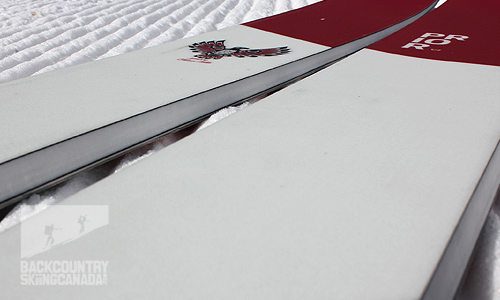 If you can't find the ski you want already in Prior's inventory or if you want to create your own custom ski or board, the on-line process is simple and intuitive. You first chose your ski’s shape, length, construction, top sheet, base and then finish—with under a dozen mouse clicks you’ll have your very own personal ski design ready for production. 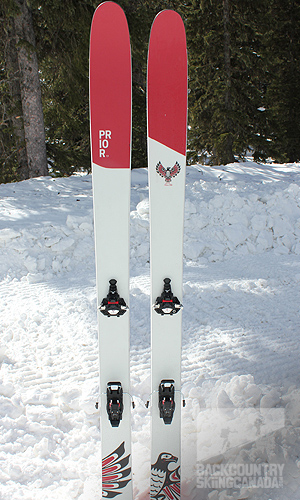 Having not previously reviewed a pair of Prior ski or snowboard before, I was looking forward to getting to know the brand and the products better. The fact that all of Prior's skis and boards are hand made in Canada is a huge bonus as there are not many manufacturers in North America that don’t 'offshore' production these days. Not only this, but you can also custom design a ski right on Prior's web site—getting exactly what you want, not what is left in stock.

I opted to review the Prior Joffre XTC Skis in a 187 length as I wanted a touring ski that was light, that would float well in pow and also be able to ski a few resort laps should I choose. I tested the Joffre XTC Skis in and around Whitewater Ski Resort located just outside Nelson BC over the months of February and March and while the Coronavirus COVID-19 Virus limited the number of inbound laps I could get on these skis I was able to get them into the backcountry enough to know that they performed exactly as Prior advertised.

The Joffre is designed for big days in the backcountry with distant objectives in mind and for this reason Prior kept these skis super light. The XTC construction saves approximately 600g or 1lb 5oz (per pair) over the Quad-Glass version which was really appreciated on the up track and allowed me to extend my day by at least an extra lap or two. On the down, they gripped the snow in turns and were easy to transition from edge to edge quickly in tight places. Given how light the Joffre XTC’s are I was impressed as to how solid the ride was, they were confidence-inspiring and allowed me to ski hard and not hold back. Given that they are only 100mm underfoot I was surprised at how well they were able to float in deep snow, I attribute this mostly to their aggressive and progressive early rise tips. While 100mm is not considered ‘fat’ by today's standard and I could always use more girth underfoot (say another 5mm or so to improve float in really-really deep pow) their current width was a happy medium to ensure that they could tackle firm snow conditions as well.

Testing the Joffre XTC’s in variable conditions proved that the performance and power of these skis is not just limited to deep backcountry pow, they can also hold there own in bounds on groomers and other firmer terrain. They're able to carve on groomers and lay down a line with confidence, gripping the snow and biting their edges effectively into harder snowpacks. You will, however, notice that the harder the snow the more tip chatter you’ll experience. While not a huge issue it does remind me to keep the throttle in check when not is soft snow since these skis are designed for touring after all and not racing.

We mounted the Prior Joffre Skis with a pair of Fritschi Xenic 10 Bindings so that they'd be as nimble and proficient in the backcountry as in the resort.

Overall, this is a solid all-round ski which is more at home in the backcountry than in bounds but it’s nice to know that you don’t have to suffer through skiing hardpack once you get back inbounds after a side country lap. I especially like the simple top sheet design that uses pacific northwest native artwork, it reminds me that these bad boys were hand made in Whistler BC where they know a thing or two about deep snow and backcountry adventures.