Heads turned two seasons ago (boom) with the launch of the backcountry-focused Kore Series ski, now made up of the Kore 117, Kore 105, Kore 99 and Kore 93. The Kore series has been a game-changer for the 50/50 ski market, that is, for skis that do double duty for both resort skiing and alpine touring use. The all-mountain Kore 105’s have been particularly revered in reviews, receiving accolades in their launch year that included POWDER's Best Ski of the Year 2018. One of our reviewers had fun with these babies at an on-hill demo last season so we decided to get to know them more intimately and see what all the fuss was about. The Kore 105’s sit within a competitive market of performance skis that are designed to be light enough for an out-of-bounds uphill jaunt but sturdy enough to ski inbounds on hard-pack, so naturally we matched them with the Marker Kingpin 10 bindings. 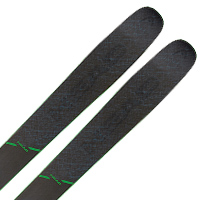 The Head Kore 105 is a fast, strong and confident ski and that's not all—keep reading for more. 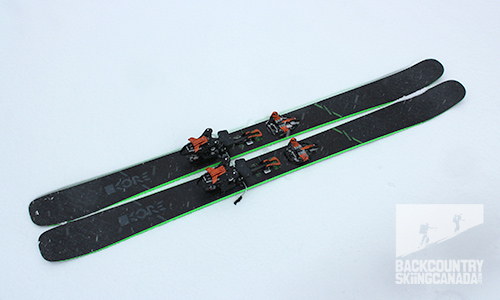 Until the Kore series debut, weight was not a primary focus for Head as is evident in their legacy of powerful but burly performance skis. With their Kore line-up, they set about to challenge their ski’s lightweight to performance ratio. The stated weight per ski is not specified on Head's website, so I got my scales out and weighed the 171's at approximately 1,800g each. I also discovered in my research that the pre-release Kore 105's were lighter, however, Head opted to add extra fibreglass and carbon fibre reinforcement to improve performance and durability in response to feedback from their athletes. And so the scales were tipped slightly in favour of performance which is resonant with the expert/advanced skier market who are up for a hike but also like to shred all-mountain and big mountain terrain.

Several weight-reduction technologies have been utilized in the design and construction of the 105’s as you can see in the image below. 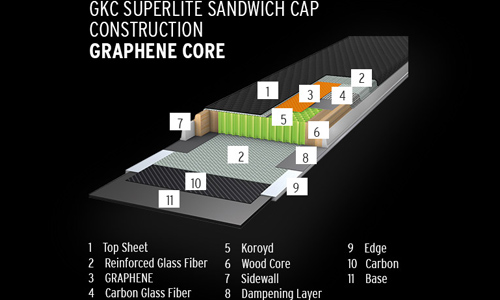 Core
At the core is Karuba Light Wood—also known as Paulownia—it is smaller-grained and balsa-like in weight but unlike flimsy balsa it’s strong and capable of maintaining its stiffness. The Karuba is reinforced with carbon which adds more strength and energy to the ski without the added weight.

Graphene
One of the strongest and lightest materials on earth, Graphene is used in Head’s tennis racquets, ski boots and all of their race skis. In the Kore line-up of skis, it is fused into the tip and the tail which enables a thinner profile and reduces the swing weight of the ski without losing strength or dampness.

Koroyd
This super-light, thermally-welded honeycomb material originally used in helmets is used to absorb vibrations. While most skis use Koroyd in the tip and the tail, the head Kore uses it underfoot to reduce vibrations which propagate up your leg in rougher conditions.

Topless Tech
To further reduce weight Head found a way to forego the traditional plastic top sheet in favour of a polyester fleece without sacrificing durability and performance. 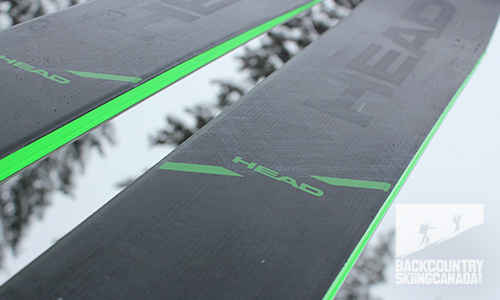 Sandwich Cap Construction
The above technologies are combined using a sandwich cap construction which offers a lighter weight construction with more torsional rigidity underfoot to improve edge-hold and stability whilst not compromising playfulness.

The 105’s partial twin tip has a little more tip and tail rocker compared to other skis in the Kore series this improves turn initiation on hard snow, increases floatation and helps initiate turns quickly. 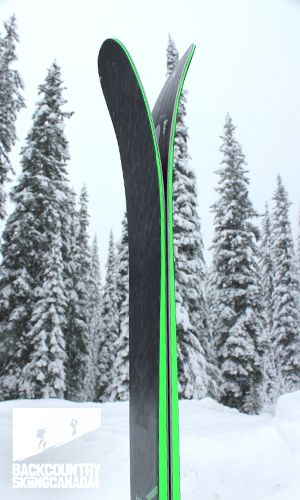 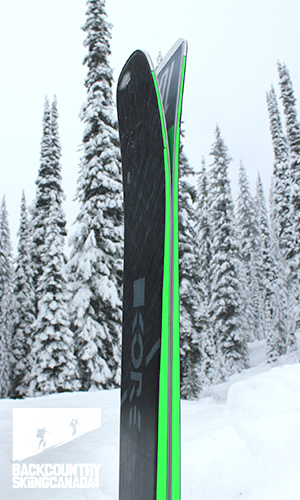 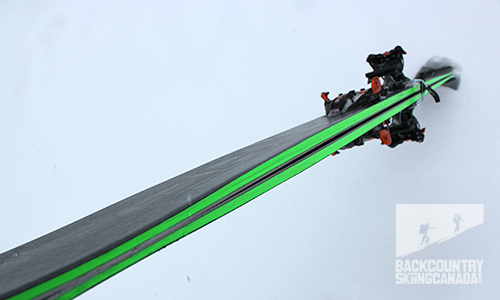 The Kore 105’s are a tapered at the tail, this makes for a surfy ski that can vary turn shapes in powder more easily. 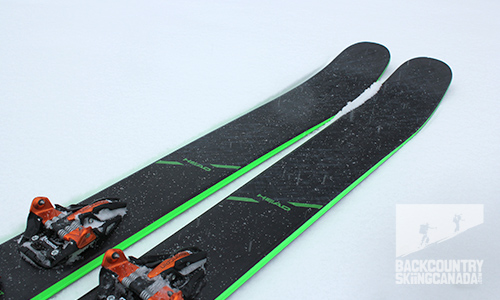 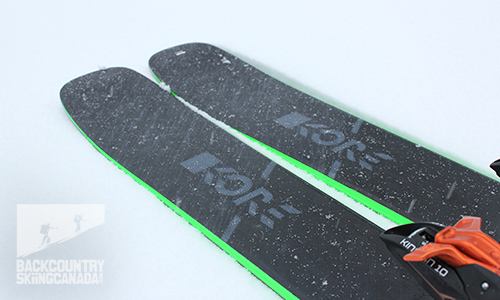 The Head Kore 105 is a fast, strong and confident ski that’s nimble in technical tight spaces and up for most adventures. Nailing the optimal weight to performance ratio is an elusive unending venture in the world of 50/50 resort/backcountry skis, we seem to get closer to the ‘ideal’ of a one quiver ski one technology at a time but will we ever get the perfect one quiver ski that works for every skier? I doubt it but Head has had a superb crack at it.

The Kore 105’s are loaded with weight-saving technology and their eagle eye on performance shows. The quality of skiing the Kore 105’s is where the ski shines especially given their relatively lightweight—this explains why they were considered a game-changer upon launch. Despite their lightness, they are smooth and grounded – feeling super connected with the snow. They’re stable at speed, responsive in trees and floaty in pow. And refreshingly they don’t completely flake out in crud or chop where most other skis on the lightweight side of things would flail. This has often been the Achilles heel of lighter weight touring skis, they simply disappoint when coming back into a skied up resort following a powder run.

Whilst the tapering at the tail gives them a beautiful surfy feel in powder it also reduces the skis ability to lock into a carve. This could be why they can take some muscle to bend on hard-pack – the harder you push the better they ski and not every skier is up for that, hence my mixed feeling of the Kore 105’s hardpack performance.

Naturally, since the launch of the Kore 105’s a few seasons ago there have been some one-quiver contenders entering the 50/50 market that weigh in lighter than the Kore 105’s. This is a tough class to design for since at the end of the day either performance or weight will be compromised. With the Kore series, it’s pretty clear that performance was not what Head was willing to compromise on.