G3 has been on a bit of a tear as of late, with a new line up of skis which includes the award-winning FINDr 102’s, a completely new line of Alpinist skins, the new lightweight ZED tech binding and even an avalanche airbag called the Cabrio 30 AR Pack. This breadth of new technical products makes G3 a serious backcountry brand where you can get all the hard goods needed to outfit your next backcountry ski adventure. In this review, we're going to take a closer look at their SEEKr 110 Skis which are designed to be a lightweight, playful backcountry ski that's super light on the up and fun/floaty on the down. 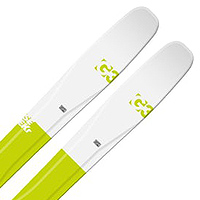 G3's simplified top sheet design not only looks good but it's also durable as hell and sheds ice and snow. 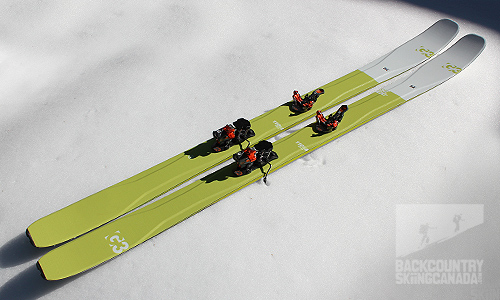 G3 used a 3D shaped Poplar Paulownia wood core to keep things light and ensure a high performance ride. On top of, and below this wood core you’ll find two two layers of carbon (for a total of four layers) which makes the ski is strong, light and torsionally stable. This makes up what G3 calls their FLYRIDE+ carbon construction which is borrowed from their highly acclaimed FINDr Skis. Added to this, however, is a more float friendly profile and fat nose to give the ski maximum backcountry prowess. Finally, a titanal mounting plate is added on top for binding mount integrity and dampness followed by a textured nylon top sheet which is not only impressively durable but also sheds snow and ice with effectively. 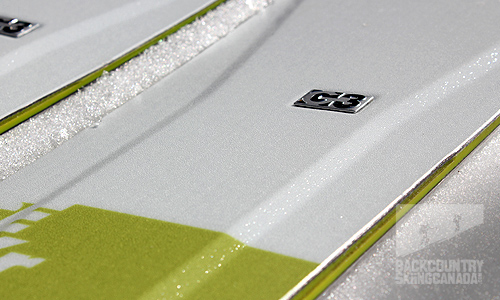 The SEEKr 110 Skis are built to be playful in deep snow so they have a long early rise in the tails with a much more aggressive one in the tips which enables you to smear the ski in turns. A low camber profile of only 2mm underfoot provides some pop and stability for those on piste turns that maybe required at times. 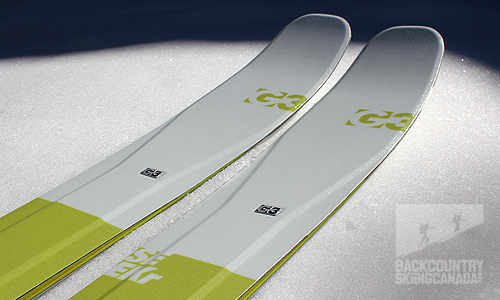 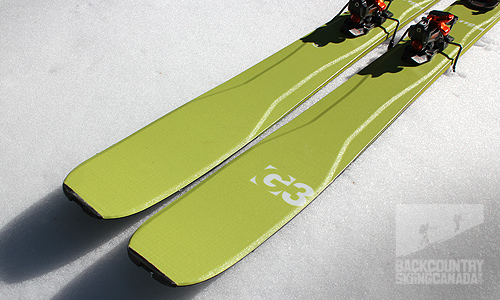 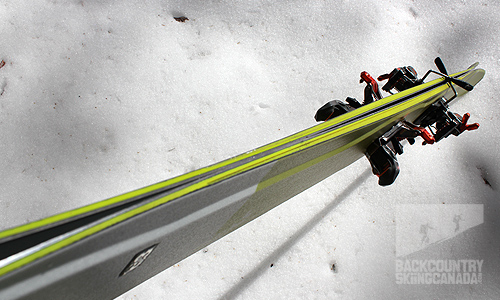 As you can see below the G3 SEEKr 110's have an aggressive early rise in the tips and more subtle one in the tails. 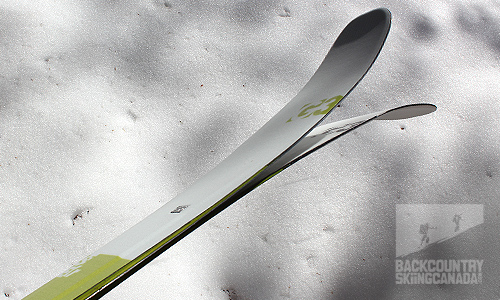 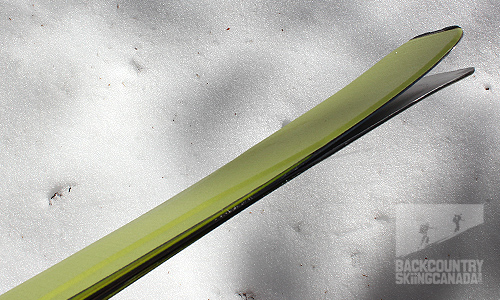 G3’s SEEKr 110 Skis are can be thought of as a lighter, fatter, floatier version of their FINDr 102’s with a similar FLYRIDE+ carbon construction. Where things differ is that the SEEKr 110’s are a pure powder ski and the FINDr’s are more all mountain. The SEEKr 110 Skis are snappy and playful (like the FINDr’s) but they have a much more aggressive early rise so it floats way better in deep snow. They’re made to slarve and smear with a shorter effective edge and only 2mm of camber underfoot.

G3 kept the SEEKr 110 surprisingly light with the use of 4 layers of carbon and a Poplar Paulownia wood core. Typically you give up performance when weight is reduced but like in the FINDr 102’s, G3 implemented full polyurethane sidewalls to reduce the chatter that lightweight carbon inherently increases, the result is a dampened ski that can take on a bit of rough snow or challenging terrain. Most skis use ABS sidewalls but Polyurethane is comparatively very flexible and absorbs energy which gives you a smoother more stable ride that’s typically found in a much heavier alpine ski.

Like the FINDr 102’s which we gave a never-before 10/10 rating, the SEEKr 110 are super fun to ski but ideally when you’ve got soft snow and lots of it. On the groomers, things get a little less stable as the aggressive early rise tip and tail leave less affective edge to grip and carve with. Don’t get me wrong, they can still get the job done on hard pack snow, but there are better skis for this, like the FINDr 102’s. If you are pow hunter, or should I say “SEEKr” then this is the ski for you, big days with plenty of vert are what the SEEKr 110’s are made for. They are light on the up and plenty fun on the down, just don’t make them your daily driver in the resort and you’ll be a happy skier. If you are more of a resort jockey who gets out of bounds only occasionally then go for the FINDr 102’s. If surfy/slarvey pow days are your thing then the SEEKr 110’s are the ski for you!