When three beautiful women, standing on top of a mountain on a bluebird day, mention that you look really good in a new jacket, its technical specs no longer matter – you’re sold. And so was the case with the “Moroccan Blue” coloured Stio Environ jacket I was wearing during a slackcountry mission near Whitewater Ski Resort in Nelson, BC. It was my first foray in the garment and I was still getting used to the fit and features when I was told it looked good. That was two months ago and I’m still wearing it to this day but not just for the compliments. 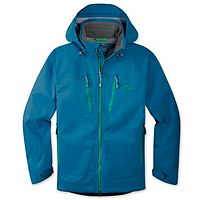 Stio is a relatively new company started in 2011 by Stephen Sullivan, a long-time industry veteran and former president of Cloudveil. (The company name “Stio” is short for Stiofan, the Gaelic word for Stephen.) It’s based in Jackson’s Hole and, according to Sullivan, he started it “to bring a refreshing new choice – a choice replete with style, performance, and comfort.” Because evidently there aren’t enough soft good manufacturers in the outdoor industry. That said, Sullivan’s an industry veteran and soft-shell pioneer so I figured the goods he produced under this new banner would not disappoint. 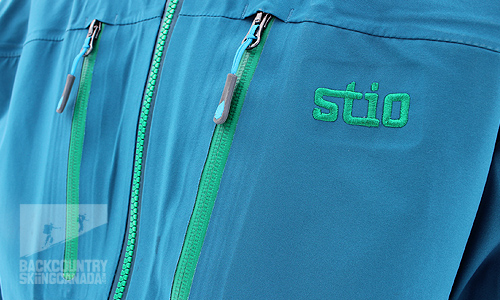 Adjustable, removable hood with bonded flap that conceals the cord lock and is helmet-compatible. 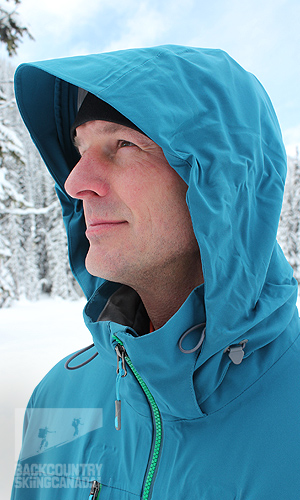 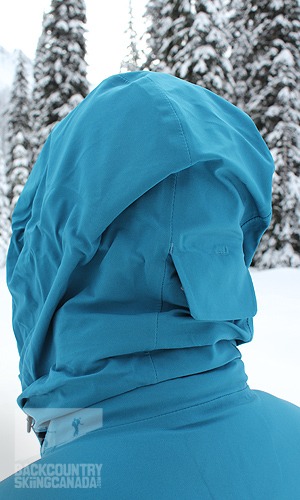 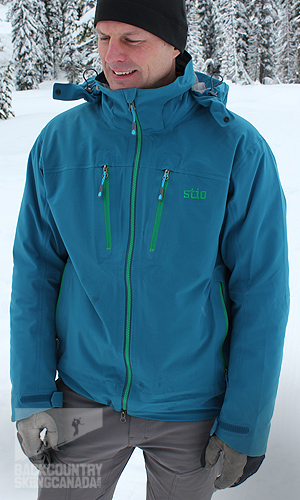 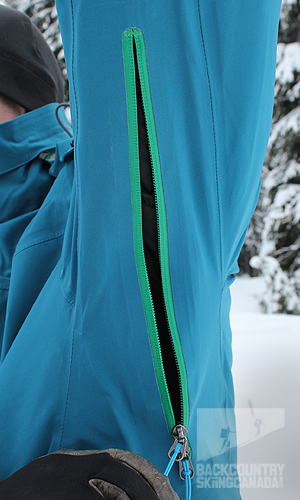 Below you can see the adjustable snow skirt with metal snaps that hold it back when not in use and the large interior stash pocket. 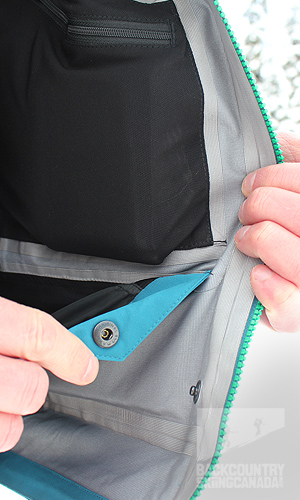 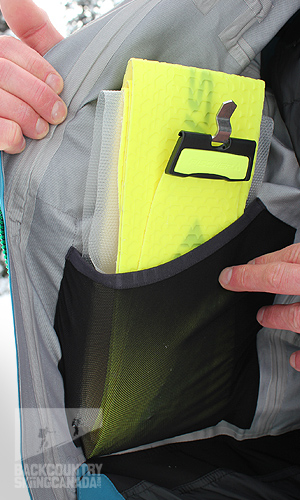 As I mentioned above, women seem to like the look of this jacket. So, really, just log off and go buy one. But if you need more proof of its worth then read on. I’ve been wearing the men’s Stio Environ jacket for the past two months on slackcountry and backcountry ski missions as well as at the resort and I’m impressed with it’s versatility. It’s robust enough to take a beating on the chair lifts yet light enough for long touring days. Plus the proprietary fabric has stretch, which means you enjoy full range of motion when swinging your arms on the uptrack or flailing them over a cliff. I have to admit I didn’t find the breathability of the fabric as excellent as Event™ though – but it’s still good. And it took me awhile to get used to the fit as it has more room in the chest area than I’ve become used to with my other jackets. (Either that or I need to do more pectoral exercises.) This spare room has come in handy during backcountry trips though because I just stash my skins in there and ski down.

My favourite features of the jacket include the wide cuffs with Velcro closures, which made it easy to maneuver in and out of it even with gloves on. Plus the brushed fabric on the interior collar feels like the downy underside of an angel’s wing – so comfortable! The Stio Environ jacket also features six pockets, all with zippers except for the interior stash one. This may seem excessive but at one point I had mitts tucked in the hand pockets, a folded map and wallet in the chest ones and keys and a phone in the interior pockets. Which proves I carry too much crap on me when skiing but at least there are enough pockets to accommodate. Another feature I really like is the inner snow skirt that’s stretchable and has four snap buttons so you can adjust its fit. Plus it has a snap on either side of the jacket to pull the skirt away from you when it’s not engaged – a nice touch if you don’t want the skirt flapping around your hips when your jacket is open.

My one real beef with the Stio Environ jacket is the removable hood. It’s attached to the jacket collar with a zipper and every time I went skiing, the zipper would open slightly. This doesn’t happen when the hood is up but when it’s down and resting on your back the forward pull of the front of the jacket engages the zipper and it opens. This could easily be rectified with a Velcro or button closure on the tassel end of the zipper to prevent it from opening. The good thing about the hood is it has plenty of adjustments as well as a bonded flap that tucks away the back cord.

Overall, the Stio Environ jacket is an excellent piece that will serve you well – especially if you’re a single guy. Also read our review of the Stio Skillet Pants which is a great complimentary piece to the Environ Jacket.