Soul Skis is a Swedish company that has a pretty big presence in Scandinavia and is now keen on building out their brand in North America. There appear to be about ten skis in the Soul Skis line up, two of them touring-focussed—a 96 under-foot and a 106.  Soul Skis seem to have a very grassroots ethos, with all of their skis being handmade. Their claim is "pure high-end engineering with a shell of fine art."

I know it's difficult to know everything about someone through email, but my correspondence with Kristian, who is a founder and head marketing and sales dude, led me to believe he'd be a blast to ski with. With the multitude of ski brands available, knowing that you are buying a ski from someone whose heart and soul (har har) is sunk into skiing—is a good thing. 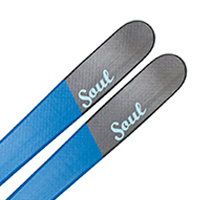 Here, below, are the Soul Skis 106s in all their glory. We got them late in the spring so will be sure to update the review once we've had them out on the pow a few times. To read the full review, hit the little arrow on the left in the orange bar below the image. 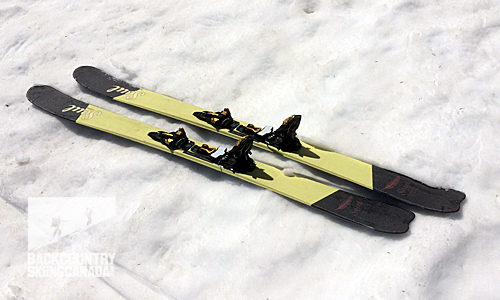 I heard about Soul Skis through Drew Nylen, tail guide on a trip the Backcountry Skiing Canada team took to Boulder Hut Adventures a couple of seasons back. Drew has had a chance to ski the Souls in more conditions than I have so I picked his brain a bit to help with this review. That's one of the advantages to having adjustable demo bindings on a pair of skis—it's easy for different people to share their impressions and contribute to what is often a more well-rounded review.

Here below is a closer look at the tip and tails. The overall shape is somewhat similar to a DPS Wailer 112, give or take a few millimetres. 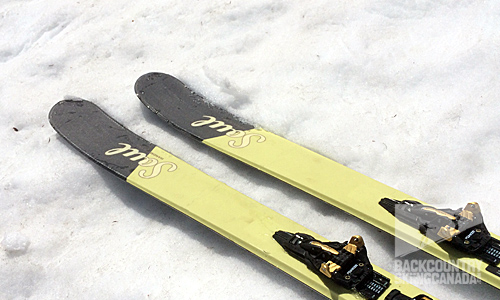 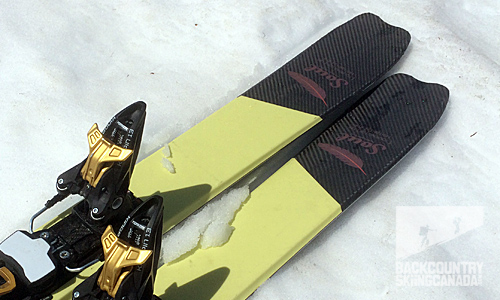 I always like a good tail notch. There's a good 'un on the Soul Skis Tour 106s. Particularly on skis with a little rise on the tail, the notch goes a long way to maintaining the skins' position on the ski. Nothing is quite as annoying as a skin tail continuously falling off on the uptrack. Thanks Soul. 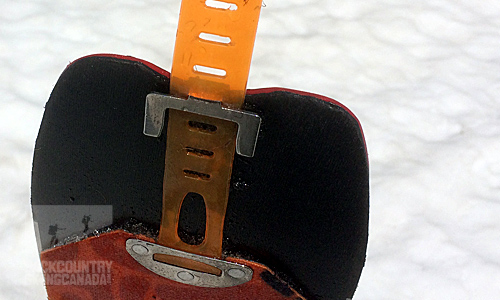 Here's a close-up of the carbon fibre on the tip and tail. It's admittedly subjective, but I don't really like the look. So many skis are made with carbon these days that's it's not all that remarkable. I prefer a  flat colour, myself. 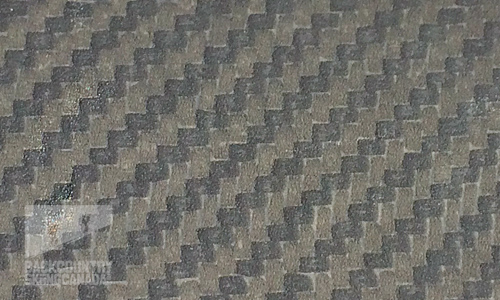 Look here to see the half camber. I asked ski-maker Kristian about this and he let me know that this year's ski (2017/18) has a rocker V.2 profile and last years model—the one reviewed—had a V.1. In other words, the Soul Skis Touring 106 will have more rocker and less camber from here on in. 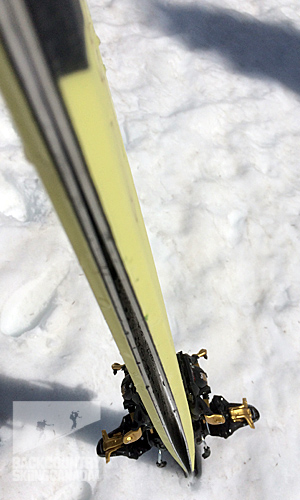 See the tip and tail rise below. It's gradual but significant. The tip rise starts about where the colour changes from yellow to grey/black. Look at the pics of the top sheet up top to get that perspective. The rocker profile for 17/18 is listed as V2. Medium long, low nose on the tip and medium long on the tail. Other skis in the Soul Skis line-up are either V1 or V3—with less or more pronounced rocker, respectively. 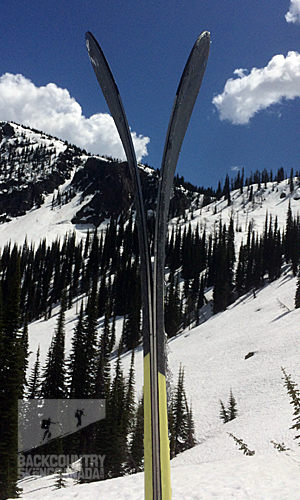 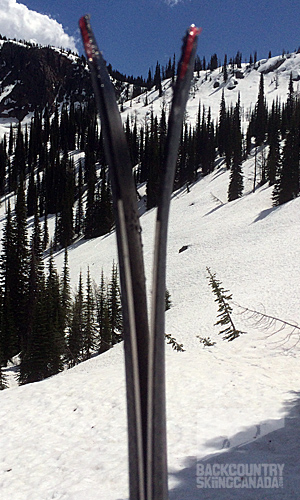 As I mentioned at the outset of this review, we got these skis at the end of last season, and, accordingly, haven't been able to ski them in all conditions. We did get them out for a couple nice long spring tours and thought they skied great. Mounted with the Marker Kingpin binding, the light, 1550g weight was not as apparent as it could be with, say, a pair of Dynafit Speed Radicals (my usual touring bindings).

The Souls skied a little like a DPS Wailer 112. The big, paddle-like shovel plowed through the corn and crud with no problem. As I promised, I'll be back with further feedback after I get them on some powder. Lightweight touring skis like these tend to thrive in the fluffy white stuff—they aren't made so much to enjoy corn and chunder. The test is rather whether they can do "OK" in these types of conditions. And they did!

This is is where we solicited the impressions of Drew Nylen who had them for most of last season—he also had them up in the Arctic guiding for the last few months. Here's what Drew had to say (more or less verbatim): the skis are quite versatile, they have a short turn radius for the size and width of the skis and I bet the radius is shorter than advertised. It takes a bit of practice to get them to hold onto really long turns at high speeds but I think that is true of all touring skis that are so light. They do surprisingly well in breakable crust, and. with a big shovel, they manage to cut a wide swath for the tails. They are extremely light and great on the uptrack. The flex is very damp and they have good torsional rigidity for a ski that is so light.

N.B.: I may be old enough to be Drew's father (maybe) and our skiing styles are decidedly different. He skies more aggressively than I do and has been known to huck his meat around a bit. Keep this in mind when reading our different experiences with the ski. The more input, the more well rounded the review. And don't forget to check back-in for my additional impressions in a few months.