Jottnar was first created in 2013 in Cardiff, Wales by two former Royal Marine commandos. The company aims to produce technical mountain wear that prepares the wearer to “Conquer Giants.”

The Fenrir is a light weight down jacket with an athletic fit and water repellent down. Although has a minimal number of features, presumably to keep the weight down, it is well designed, does not feel like it is missing any crucial elements and has struck a good balance between warmth and weight. From an ethical perspective, the down in the Fenrir is ethically sourced and is 100% Responsible Down Standard Certified. 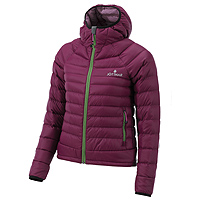 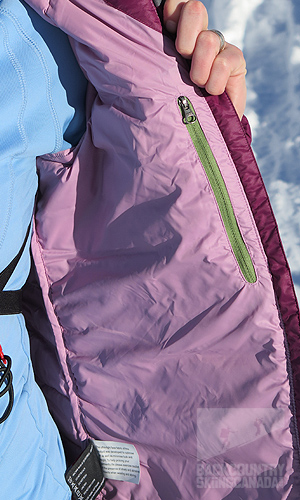 Zippers
There is an internal storm baffle behind the main body zipper to keep the wind out. The top of the storm baffle is lined with micro-fleece, which is great against your chin. I like that there is a reinforced layer covering the down on the hard warmer pockets to prevent the zipper catching on the interior fabric. All of the zippers on the Fenrir have glove compatible zipper pulls.

Cuffs
The cuffs are the Fenrir are not adjustable but they are elasticized. I found that this designed worked well to keep warmth in and fit well over smaller gloves. The hem cord around the base of the jacket is not a loop so will not catch on things as easily 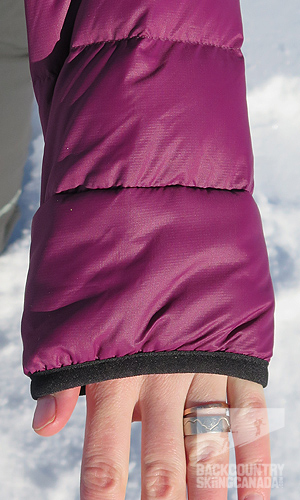 Hood
The simple design of the Fenrir extends to the hood, which has the same elasticized hem as the cuffs. As a result, this is a hood that fits better under a helmet than over it but is large enough to fit over a toque or other small hood. The hood is not adjustable, since there is no cord, but I found it stayed on reasonably well due to the elastic cuff.

Fabric
The outer fabric on the Fenrir is a micro-ripstop nylon with a DWR treatment. When I initially started wearing the Fenrir I was careful with it as it felt that it might rip easily. In contract, over time I have actually found it to be reasonably resistant to tears and scuffs and, as such, I no longer worry about wearing it under any condition. The DWR treatment is also very effective and you can actually see droplets of water running off the jacket as you would with a new hard shell.

Internally, the Fenrir is composed of Downtek™ water repellent down with synthetic insulation in areas with the most moisture (at the cuffs, hem and chin). I am a huge fan of having a water repellent down jacket. I find it gives me the reassurance that I do not need to stop and put on a hard shell as soon as it starts to rain or snow. In fact, when skiing in the Rockies I now often do not even bring a hard shell (unless the forecast is for a large amount of snow) but instead reply on my down to repel the wind and precipitation. Although I would not want to be caught in a rainstorm with only the Fenrir, I found it repelled moisture effectively in a light snow storm and damp, drizzly conditions. Downtek™ claims that the method it uses to create the water repellent down is fluorocarbon, PFOA free and PFOS free and, as such, is environmentally friendly. The process also does not affect the breathability or loft of the down and will not wash out or decrease over time.

100% of the down (93/7 goose/duck ratio) in the Fenrir is Responsible Down Standard Certified (RDS). Since I had not previously heard of RDS I did a little looking into it. It turns out that RDS is a voluntary global standard which was created over three years with input from animal welfare groups, industry experts as well as various brands and retailers. Within RDS, the removal of feathers or down from live birds is prohibited as is force feeding and the welfare of the birds must be respected. For a product to be RDS certified the entire supply chain is audited and all products must contain 100% certified down or feather to be RDS. After seeing horrible pictures of ducks and geese being plucked live while living in terrible condition, I am happy to know that the down in the Fenrir was obtained under more humane conditions.

Fit
This jacket was designed with an anatomical, athletic cut, which you can read to mean that it is a trim cut. I found this meant it worked well either as a mid layer under a warmer jacket on really cold days or as the outer layer with a base layer or form fitting soft shell under it on warmer days. The fit is too tight for the jacket to be used comfortably over a hard shell or other bulkier jacket, but this is not what it is intended for. I did find the jacket to be on the short side; not “expose your stomach when you raise your arms” short but on the shorter side. Although it is long enough to tuck under a harness, this would be easier if it were a bit longer. 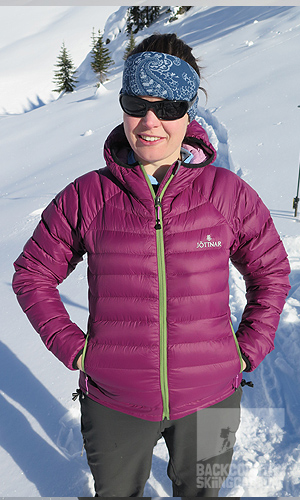 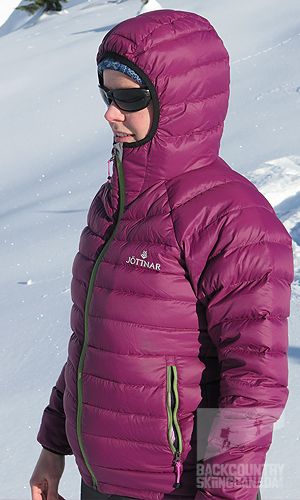 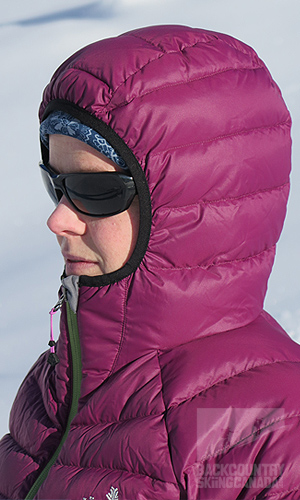 I love this jacket. It is lightweight, compact, water repellent and looks great on. Overall, the Fenrir has a simple but effective design.

Although I loved the Fenrir and would not hesitate to recommend it to a friend, it is a pet peeve of mine when a company has predominately male products and very few women specific ones. To be specific, Jottnar has three women specific jackets. In contrast, it has 7 jackets, as well as leg wear and base layers for men. In 2016, this should no longer be the case.

The Fenrir is well designed and feels trustworthy in the mountains. I hope that Jottnar continues to create more women specific products in the future.