Intuition Liners have a reputation for producing some of the highest quality ski and snowboard boot liners in North America. They entered the backcountry skiing field of vision more prominently back in 2009 when they began to release liners with a tongue which made them better suited to Alpine Touring applications. The beauty of Intuition’s offering is that if you have a ski boot shell that’s in great shape but the liners are packed out or not the right fit you can extend the life and performance of the boot while putting the money you would have spent on a new pair of boots toward that next ski trip. 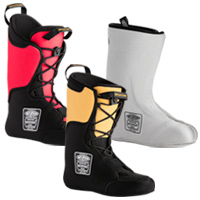 Here is a comparison of the stock Black Diamond Liners and Intuitions Pro-tongue liners... no comparison. 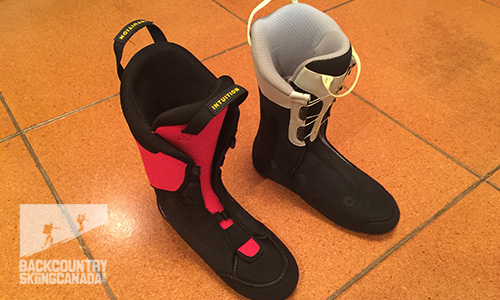 The Company
Intuition, a Canadian born and bred company, has been around since the early 90s and was started in Vancouver, British Columbia by three enthusiastic entreprenuers—Byron Gracie, Herbert Lang and Rob Watt—who wanted to make boot liners that didn’t fall apart. By the mid-90s Rob Watt remained as the sole owner by which time the company had been experimenting, developing and using what came to be known as Intuition® foam. These days Intuition have expanded their styles and produce hundreds of thousands of boot liners per year with most of the production being for the OE (original equipment) market, that is, they make liners in bulk for various ski and snowboard companies. A notable partnership is with Scarpa who has sourced liners from Intuition for sometime. For Scarpa the Intuition Liner became a product differentiator as they were one of the first to offer such high quality liners in their Alpine Touring boots.

Think of Intuition’s closed cell foam as consisting of millions of tiny bubbles or cells with a very uniform cell structure where the structure of each cell restricts gases trapped in each tiny bubble from migrating; gas-migration between cell walls would change the shape and stability of the foam. This integrity of structure results in the following qualities:

Which Liner?
Most Intuition liners can be used for a variety of shells and applications but it will depend on height, thickness and flex desired. Intuition has a great guide on their site designed to help you choose the right liner for you. We settled on a few styles and then ask Intuition for advice by completing their Liner Fitting Information Form.

Upgrading your existing liner
You may remember that we reviewed the Black Diamond Swift Ski Boot in 2012—the downfall of that series when it was released was how quickly the liners softened up over a day of skiing. Black Diamond corrected the liner in subsequent models though have since orphaned their line of ski boots as part of a SKU rationalization process—not surprising given the estimate that a new ski boot model costs $300,000 just for the molds (one mold for each shell size), and that’s not including the design process. Those figures help to understand why some manufacturers may not invest as much R&D into developing a performance liner. So here we are and almost 5 years on the shell remains in great condition but the liners are beyond retirement. We thought this would be the perfect opportunity to test out an Intuition replacement liner and see what the performance upgrade is.

Below you can see the worn out Black Diamond Stock liners and the Intuition Pro-tongue Liners which replaced them. 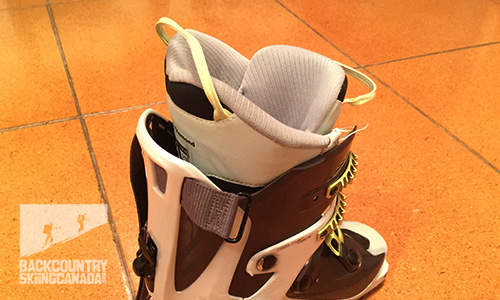 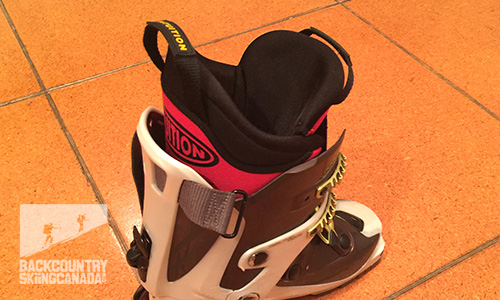 Custom molding
When the liners are manufactured they are molded to a generic foot shape and a generic boot so if you have a generic foot you can get away without heat molding but let’s face it most of us don’t have a foot shaped like a perfect last. The other thing to consider is that the stiffer liner models such as the Pro-tongue and Alpine require more attention when heated so assistance from a professional boot fitter here is recommended. If you don’t want to pay the extra for a custom mold the Dreamliner might be a good option. 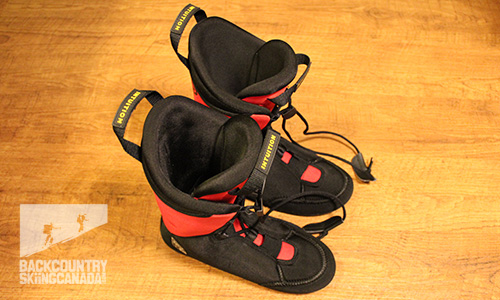 On Intuitions recommendation we settled on the Pro-Tongue liner as a replacement liner for the Black Diamond Swift Ski Boot, it’s compatible with Alpine Touring boots and is the stiffest of all their tongue style liners. As you can see the Intuition replacement liner is a great fit for the boot, what you can’t feel from these photos is how much more robust the Intuition liner is compared to the stock liner. See below for the verdict on this upgrade. Other features of the Pro-tongue include: 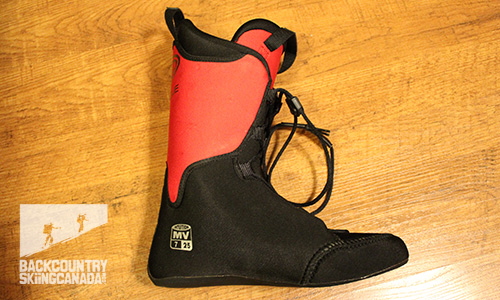 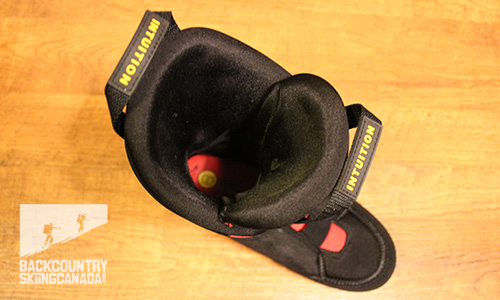 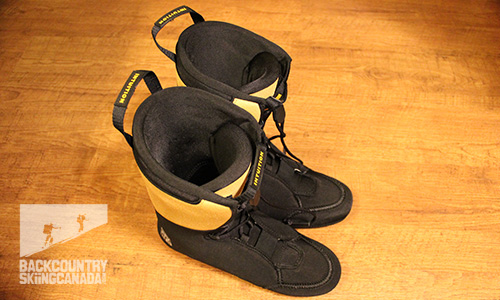 If you need a wider toe box to accommodate a wide fore-foot and/or high instep you could opt for the Dreamliner. This liner can be worn out of the box or heat molded it has easy volume adjusting and room for custom footbeds. We found them a little more difficult to fit into existing touring boots as they are much larger than most stock liners even though they fit the reviewers foot well. La Sportiva Spectre liners are much thinner. That said, these are warmer and more comfy. Technica Zero G Guide liners are similar thickness but again larger volume so fitting the boot was difficult. The upper cuff is very hard and provides incredible support and cushioning from buckles. Integrated lacing system is handy but feels cheap and bulky. 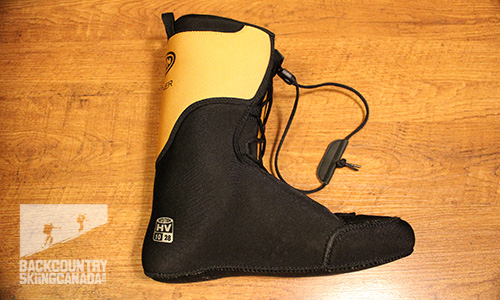 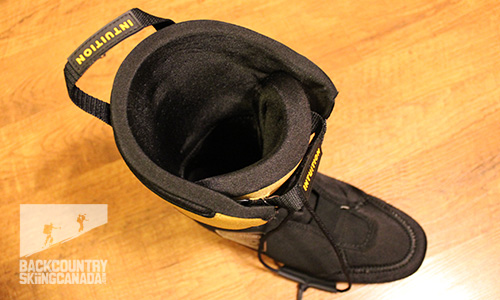 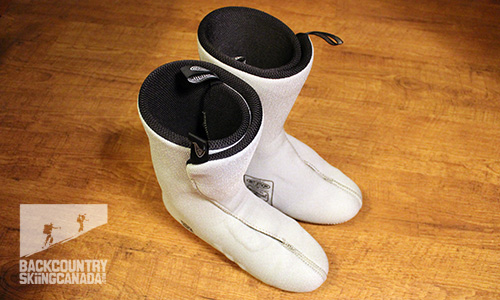 A classic wrap liner designed to appeal to an array of users for alpine, snowboard, A/T or telemark activities. This liner uses a high density foam making them stiffer than the average stock liners to enhance performance and endurance. We’ve always loved the fit of a wrap liner and less fussing with the tongue. According to our reviewer size 28 feels much larger in the Alpine liners vs. the Dreamliner so check your sizing carefully before you buy. You can make more room in a liner but you can’t take it away. This liner works well for those that ski the resort more and tour occasionally. Not so keen on the all plain grey look of these. Comes with: 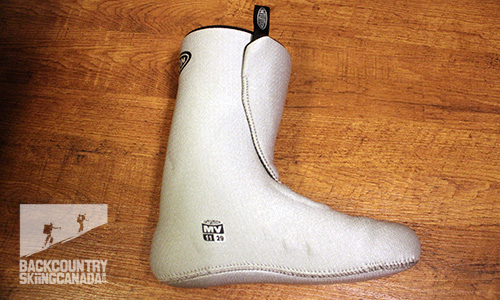 The Intuition Pro-tongue liners upgraded our Black Diamond Swift Ski Boot test boot to a new level of performance and added a few years to the life of the shell. The Pro-Tongues are stiff so we made sure we had the liners professionally fitted, once fitted there were no hot spots. On the first day of skiing I skied them fairly hard - it was early season and there were a lot of bumps and obstacles. Because I was so used to the old liners I had my boots buckled tight. By the end of that day my shins were in agony. The next day I buckled down a notch and that seems to do the trick since these liners were rigid enough that I didn’t need to over tighten. I have noticed the boots are less flexible to walk in but I am willing to compromise on this for the exponential upgrade in performance that they provide. The one thing I have had trouble with is getting the boots on and off - and I have small ankles and narrow feet so this is not usually a problem. Removing the laces seemed to resolve this issue, showing the laces maybe aren’t that necessary. My stock liners came with Boa closures - I haven’t missed those at all - like I said the Intuition liners hold their shape so well and rigidly that there is no need for the additional closures.

I would highly recommend using Intuition liners to increase the performance and life of your ski boot - the difference is remarkable and it could save you a lot of money, especially given the investment a touring set up requires these days. 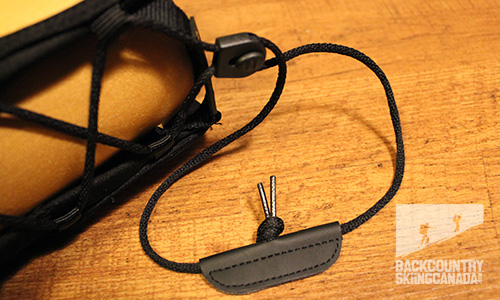 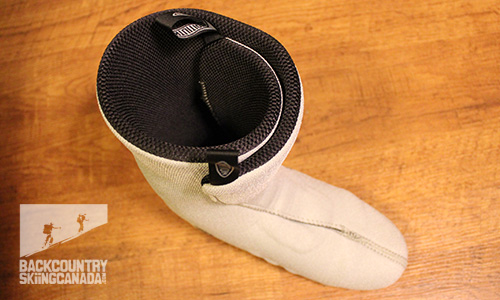 See above for individual product specification.