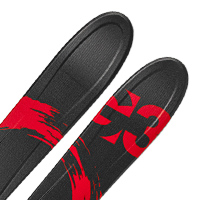 We’ve been huge fans of Genuine Guide Gear (G3) since they started making simple, elegant avy tools out of a Vancouver garage many, many moons ago. Our look at the Zenoxide Carbon 105 Alpine Touring Skis is one of several reviews on the site. Check out our impressions of the G3 Manhattan Skis, the G3 Alpinist Climbing Skin and video comparo of all G3 skins, and the G3 Onyx Alpine Touring Binding.

G3 has created a tsunami of new products for 2014/15 so be sure to check the site for more reviews. We’ll be pumping them out soon after we’ve had the chance to experience the various skis and bindings. While I think of it, take a look at the “scoop” video we shot with G3 employee and fellow Nelson resident, Can Shute.

Speaking of videos, we shot one while up at Powder Creek Lodge last year, and someone on our YouTube channel slagged us, saying: “great….but how does it ski?” We’ll try and get into that a little later on. We promise. Here’s the vid, followed by some beauty shots.

The Zenoxide Carbon 105s are black. I whine about that a bit in the video because I think the fact that snow stick to an ultra-light ski is unfortunate. There’s a “scoop-out” feature on the tip—not sure if it’s cosmetic or functional. 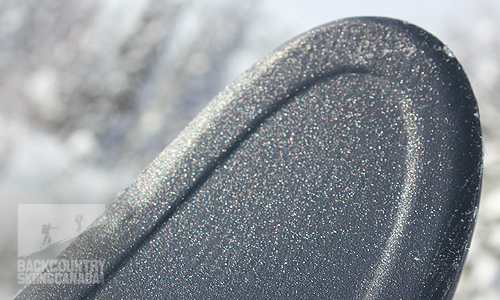 Here’s the tail, with skin slot. Really nice to have on a touring ski (and not all touring skis have them). 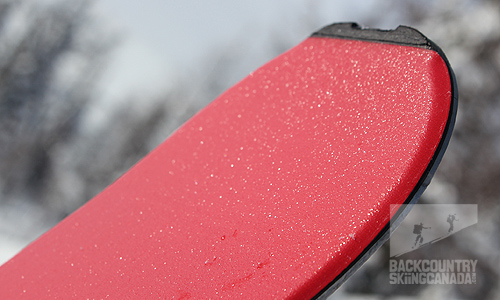 The light tip rocker is referred to as “early rise.” Just enough to help with float. 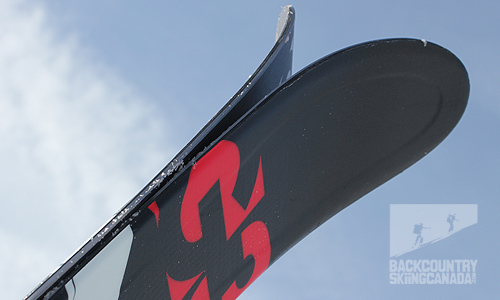 Traditional, near-full camber helps with the uptrack and makes the ski feel less pivoty than many. In a good way. 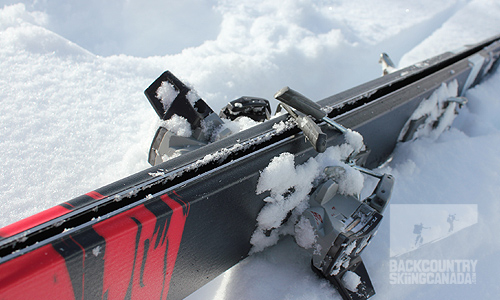 Full cap construction that stands up to a beating. 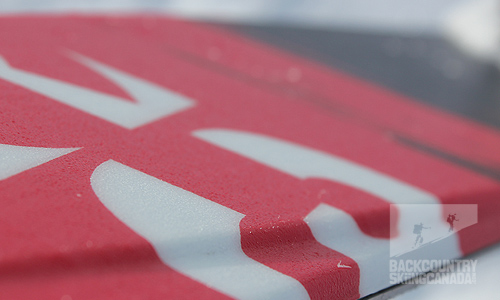 Even a little bling with the silver G3 logo amulet. Same as on my old Rapid Transits. 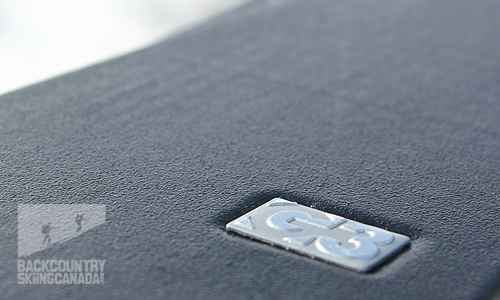 Mounted up with a pair of Dynafits, this is an ultralight set up. Fear not, we are stoked about the Ions. 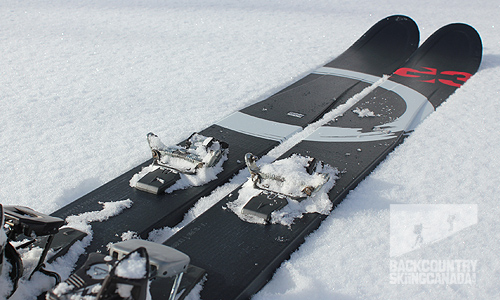 Good looking stick. Be aware that the topsheet may be ever so slightly different for 2014/15. Photo’ed here is the older sheet featuring the “C3 105.” I guess they figured that spelling out “carbon” would make it a little clearer. 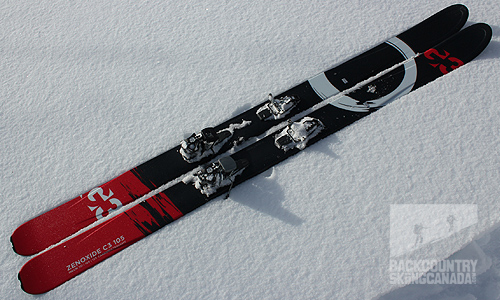 I’ve skied the skis in everything from Selkirk angel dust to wind-hammered couloirs in Wyoming. It’s a relatively traditional, directional ski with a remarkably light weight. In challenging, steep and hard conditions, early on I found myself wanting a heavier ski to help me charge through the tough stuff. This impression changed as I skied on the Zenoxide Carbons more. If you ski them with confidence and force, they run like a heavier ski. Don’t be shy.

In the powder and for big tours, they are outstanding. G3 describes them as mountaineering “weapons” on their site and this descriptor really works work me. They are super light on your pack—and on the way up in general—and perform in a predictable, and fun manner on the way down. I am pairing them up with a set of Scarpa F1 Evos this year as my old-man, long-haul, featherweight set up. ‘stoked.

- Remarkably lightweight.
- Directional, predictable skis that grow on ya.
- The right tool for a specific job.
- Economically priced for a full carbon ski.

- Not a one quiver ski. Let’s be honest though…is there such thing?
- Black topsheet attracts snow and doesn’t make a lot of sense for an ultra light ski.