The G3 Boundary 100 Skis fall into the lightweight all-mountain category given their sub 3.5kg weight, 100mm width underfoot, and freeride rocker design (which is camber underfoot with rocker in the tip and tail). They’re aimed at being a quiver of one ski which has enough tip rocker for free ride skiing, enough width, and mass to handle variable snow conditions, and just enough camber to carve while still being light enough to tour. The Boundary 100 skis are said to be 20% lighter than other skis in the all-mountain/ski touring category while still maintaining enough mass to bust crud like a heavier ski. G3 achieves this with their unique “Powerlight stealth construction”. This is basically a sandwich construction consisting of two sheets of 7000 series Titanal Aluminum (for dampening) over a Poplar/Paulownia wood core. Each of these materials is light but with ample rigidity and dampening qualities to provide all-mountain versatility. 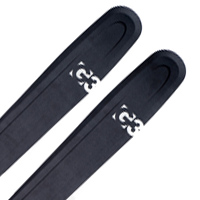 The G3 Boundary 100 also comes in a women specific ski called the Boundary 100W. It’s designed for the lighter weight of a female skier with the specific flex and shorter length that women prefer, as well as fresher top sheet design.

The Boundary 100 Skis I tested are mounted with the new Ion 12 bindings which won our Gear of the Year Award. I also used the G3 Alpinist climbing skins for all my ski touring outings while testing the Boundary Skis. 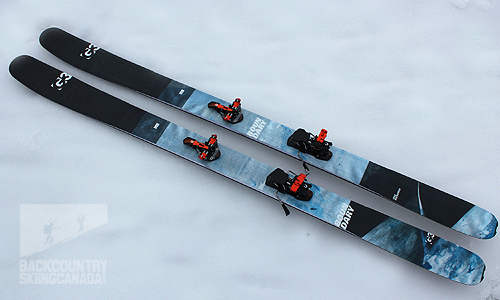 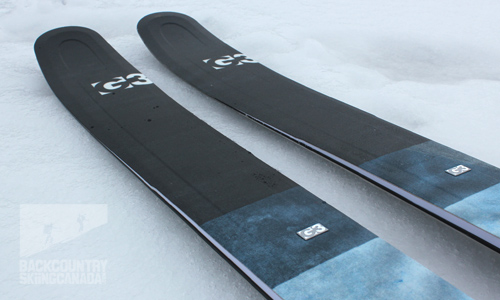 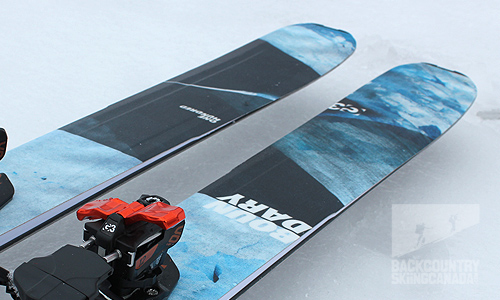 - Another look at the early rise tips and tails. 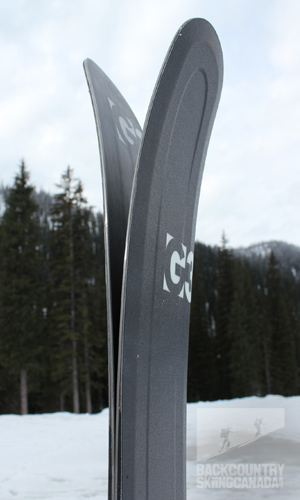 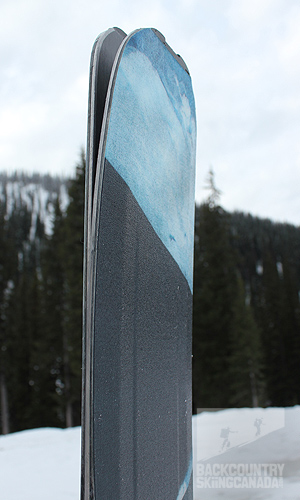 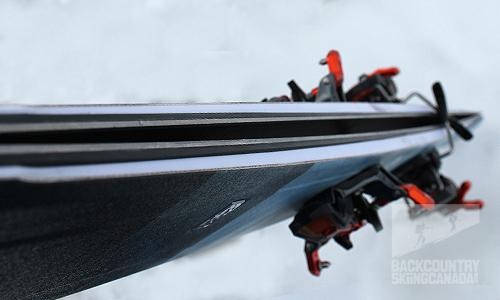 - Built in skin clip on the tails to keep your skins firmly attached. 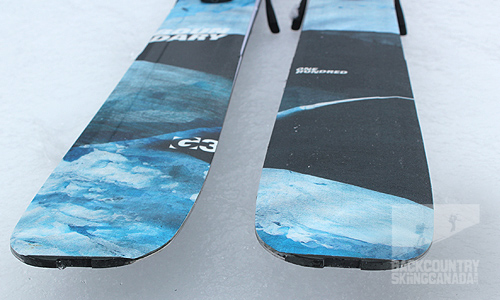 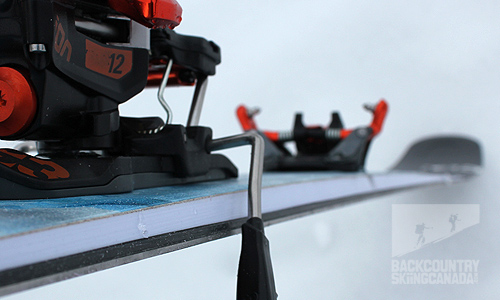 G3 is a great Canadian success story in the ski world offering a healthy variety of skis, split-boards, skins, poles, probes, shovels and bindings, all designed right here in BC. Already being a big fan of the Ion bindings and Via Carbon ski poles I was eager to test out the new Boundary 100 Skis. While G3 has touted the Boundary 100’s as a quiver of one ski I would have to argue that this is dependant on where you ski. Around here (in the West Kootenays) and I suspect on the coast where bucket loads of deep pow are received annually, a ski with 100mm under foot does not make a great powder ski. 110mm would be a more functional dimension to shred the white room with. A true quiver of one ski would have to be in the 100mm+ neighbourhood, in my opinion.

My testing consisted of several days at Whitewater Ski Resort wherein I encountered lots of broken powder, chop, and groomers. Outside the ropes, the Boundary 100’s were used on multiple steep treed runs and in open bowls, both with top of the boot snow. I’m an advanced skier but by no means aggressive and weigh in at 175lb, 6’1”. I prefer a touring ski that’s light and fast with a good float in deep powder, the ability to handle challenging conditions and terrain, and that’s still fun on groomers.

The G3 Boundary Skis really shine on light powder days and groomers. They can lay a nice tight turn and offer up a solid carve with easy turn initiation and finish thanks to the wider shovel and relatively square tail. There’s a nice soft flex for fun spontaneous turns, however, despite the two sheets of Titanal Aluminum for dampening there is still some tip chatter on hardpack.

Since the Boundary 100 is a relatively light ski it gets pushed around a little in crud and heavier snow. It’s thin profile also means that it lacks the weight to really power through problem snow conditions like hard crud and piles of wet snow. But then again, to master these conditions you’d really need a much fatter, heavier ski, which would be difficult to tour with.

Overall, the G3 Boundary 100 Skis are a fun ski in the right conditions and would provide a good single ski choice for those who don’t get too many deep powder days or are more attuned to traverses and multi-day tours where weight trumps width.