Black Diamond’s Boundary Pro 107’s are an all-mountain freeride ski designed to rip inbounds and out. Their chassis uses a pre-preg fibreglass layup built on a 3D sandwich construction with a poplar wood core. This Pro version of the Boundary 107 is based off the playful, soft-snow performance of its predecessor. In this new ski Black Diamond beefed up the fibreglass layer and used a flat top (instead of a semi-cap) design which makes it 20% lighter and torsionally stiffer than before. Other than this the Boundary Pro 107’s construction remains pretty much the same as before. They still use the same sandwich construction to maintain its aggressive power and torsional rigidity as well as a rubber Sidewall Damping System to reduce ski chatter. This Dampening System integrates a layer of rubber in the sidewalls of the ski and allows Black Diamond to forgo the use of metal in the layup. This greatly reduces chatter that may result in firmer conditions and is similar to what G3 uses in their popular FINDr skis which we reviewed here. 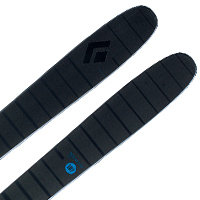 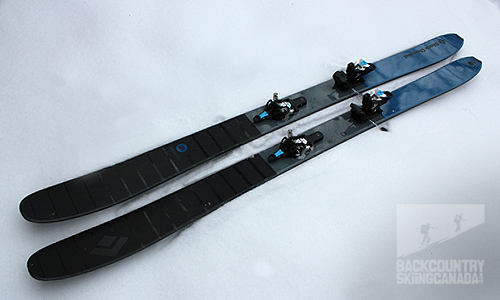 A rockered profile (tip and tail) provides float in the deep stuff while camber underfoot ensures a fast edge to edge transition. Their Poplar wood core provides additional ‘pop’ in the turns and creates a ski which is some what playful while ensuring that control is maintained in variable snow conditions. 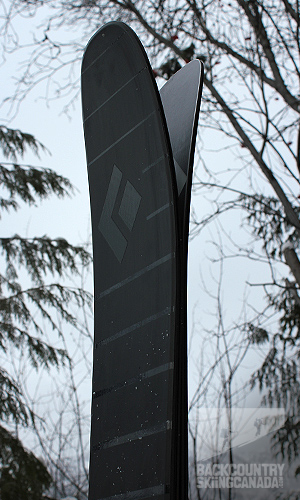 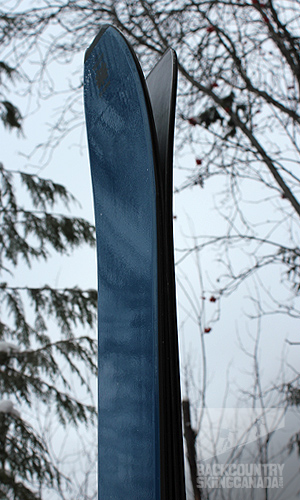 The Boundary Pro 107 is an aggressive ski which excels in mixed snow condition, be it blower pow, chundery crud or even bulletproof hardpack. The 107mm width makes this a versatile ski in pretty much any condition, not too narrow and not too fat. With a rockered tip and tail, you’re assured to float on deep days while its dampness and stability make it an ideal platform in challenging conditions. Given its 4kg / 9lb weight, this is a ski geared more towards the downhill than the up.

These skis are Austrian-made as with all Black Diamond skis in the Blizzard ski factory in Mittersill, Austria so you can be assured they are quality built through and through. 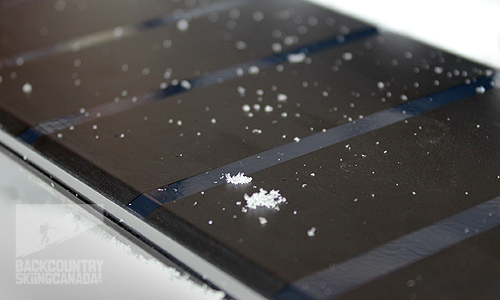 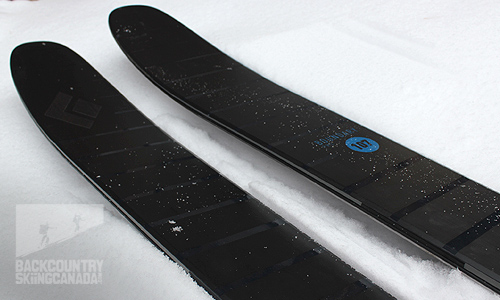 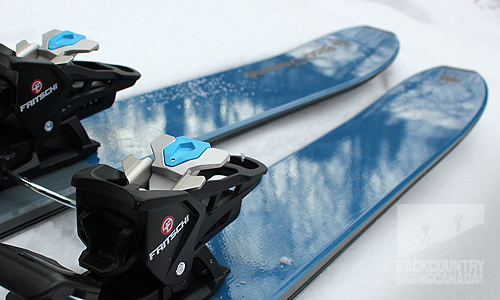 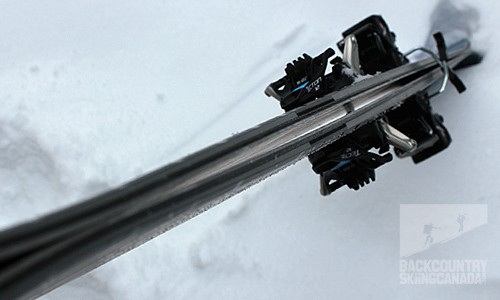 While the Black Diamond Boundary Pro 107 Skis are by no means light, they’re not a tank either. At 4.1kg / 9lb they don’t qualify as a dedicated touring ski but at the same time provide a more solid ride for this additional weight. If you are only going to ski pow, the Boundary Pro 107’s will make you smile—but their real prowess comes when things get spicy. Throw them into challenging, variable snow and they’ll power on through with ease. This is where their that added weigh earns them a check mark in the benefits column.

With aggressive early rise in the tips, I was expecting far more chatter on hardpack, but was pleasantly surprised when this wasn’t the case and instead provided a smooth, leveled-out ride. When you open up the throttle and redline these skis is when you’ll finally see some of that chatter you’d expect. While not excessive, they’re just not as stable as they are at lower speeds.

I was impressed at how aggressive this ski could turn and also how responsive it was when you command it to pop from one turn to another. I found them to be almost as playful on groomers as they were in deep snow. The camber underfoot provided enough energy to make them competent in bounds and out. In deep powder, there is enough ski flex so that they are somewhat forgiving and fun while still being super stable with the early rise in the tips being so aggressive that you never have to worry about submarining.

The only drawback I found is that they’re not as hard carving as I’d like in hardpack/icy conditions and railing these skis takes some finesse to ensure that they stay on course. The end of each turn was also ultimately flat given that they have such a pronounced early rise in the tail.

Overall the Black Diamond Boundary Pro 107’s are ideal for hard-charging skiers looking to push their limits, out of bounds as hard as they do in.

The Black Diamond Boundary Pro 107 Skis were mounted up with the Fritschi Tecton 12 Bindings, you can read that review over here.