The New La Machine Skis are part of what Faction calls their 'Outcast Collection' along with two other skis called the Le Mono, which is (you guessed it) a modern-day mono ski and the Le Mogul which is designed specifically for mogul skiing. The La Machine Skis are a very wide ski, we're talking 126mm underfoot which makes it a powder-specific ski. It was designed by guides and athletes who spend most of their time in crazy deep snow. If you are looking for more traditional all-mountain touring skis from Faction then perhaps read our reviews of the Faction Prime 3.0 Skis, Faction Agent 3.0 Skis or the Faction Candide CT 3.0 Skis. 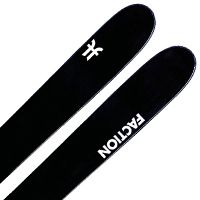 Get a quick overview of the Faction La Machine Skis by watching this video review and find out why this is an advanced/expert ski for backcountry all-mountain skiing.

Faction said it best about the La Machine Skis “this deep powder freeride ski allows for effortless flotation and intuitive handling, allowing you to go up for another run even when your legs are screaming mercy”. 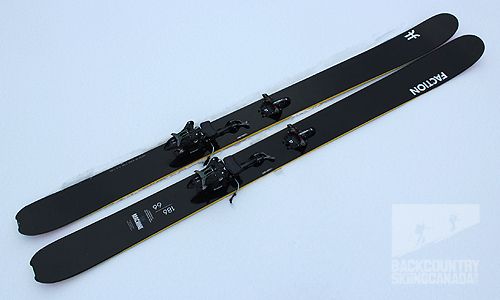 Make no mistake, this is a niche ski made for exclusive use in deep, deep snow, and thanks to its full reverse-camber profile it’s very surfy and playful. The lack of any camber underfoot means that the La Machine Skis have a very long effective edge so when they do encounter harder packed snow they can still carve. 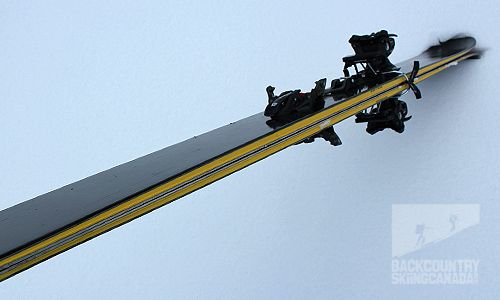 The La Machine’s tip and tail rocker are very long and progressive, similar to that found on the Volkl Katana V-Werks which we fell in love with several years ago. Like the Katana, the La Machine Skis are a full rocker ski with the tips and tail rocker initiating well back from the ends of the skis. This makes the La Machine Skis float over any kind of snow and when you combine this with the ski's added weight, it ensures that they power through anything in their way and not get deflected. 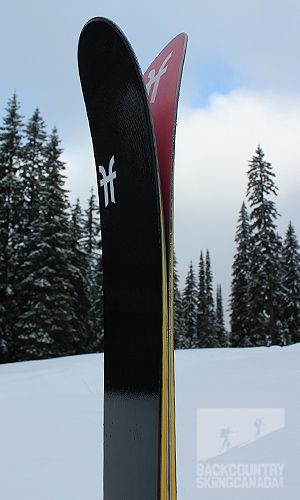 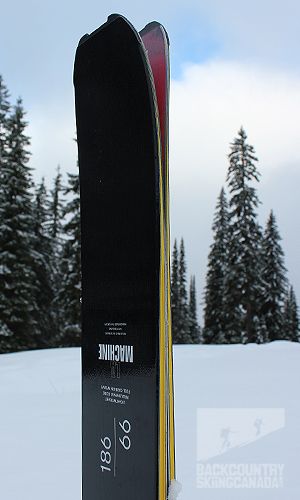 Faction integrated a fairly long elliptical radius sidecut of 26 meters (186 length) into the La Machine Skis. They placed a longer radius underfoot with a shorter radius in the tips and tails to optimize the carving performance and ensure that the skis easily respond to your inputs. 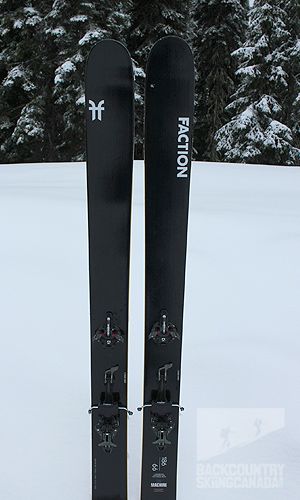 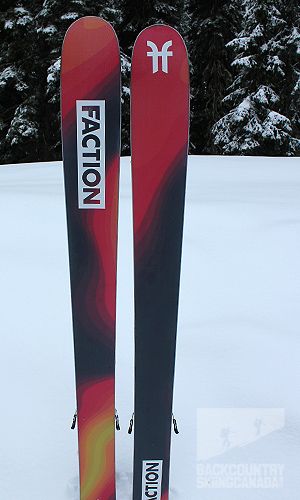 The La Machine Skis have a mid to soft flex but due to the Titanal Binding Reinforcement Plate, they are much stiffer underfoot than in the tips and tails. This directional flex helps the skis float as the stiffer tails sink in the snow while the softer tips tend to ride up and get onto the surface of the snow—no matter how deep it is. 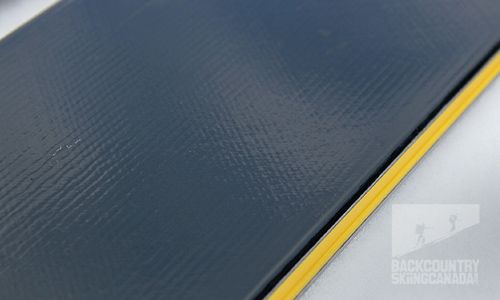 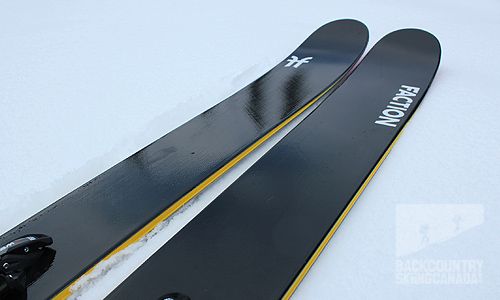 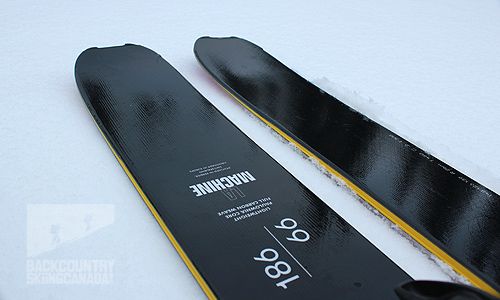 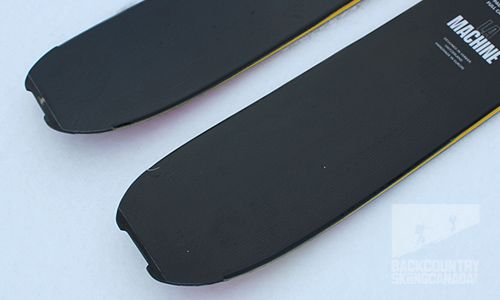 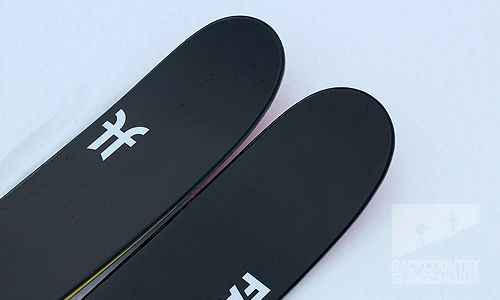 Skis like Faction’s new La Machine Skis are a rare breed these days and not many brands are making skis this fat, never mind ones that are as light for their size. Most manufacturers stick to making skis for the masses which means in the 95 - 105cm range and they typically don’t stray too far from there as that's where the money is. I can only think of a handful of skis that we’ve reviewed over the last decade that ventured into the 120mm range, namely the Volkl V-Werks BMT 122 Skis, DPS Tour1 Lotus 124, Line Sick Day 125 Skis, and Ramp KaPow Skis. At 126mm underfoot, the 186cm version of the La Machine Skis are the fattest skis we’ve ever reviewed and yet Faction was able to keep their weight down to a more than a respectable 4.4kilos. This makes the La Machine Skis a solid backcountry ski choice on those stupid deep days when you need a super fat ski to keep you afloat. You do however have to be in good shape as the added weight will slow you down a little on the skin track or perhaps just shorten your day with fewer laps.

I mounted the La Machine Skis with the new Marker M-Werks Kingpin 12 Bindings since they provide the holding power that this ski demands. The M-werks version of the Kingpins shaves some weight off the standard model which helps ensure that this setup isn’t stupid heavy. A pure tech binding would just not provide the performance and reliability that a ski like this demands.

As you would likely guess the La Machine Skis made easy work of the few deep powder days we were blessed with this spring. They floated with ease and were super fun and surfy in the deep snow even as it turned heavy over the course of the day as temperatures warmed. Even in broken and refrozen snow, the La Machine Skis had no trouble, they plowed through anything. I wasn’t able to test the La Machine Skis on groomers as I received them after the local resort had closed but since these skis are not really meant for lapping groomer, that’s ok. I did ski them on hard-packed consolidated snow which provided the same experience of groomed runs and while it took a bit more effort to put these skis on edge (given their girth) their full rocker profile cut into the snow with confidence and they were still a lot of fun without the deep snow.

What I was impressed most about was how easy the La Machine Skis were to tour with, I thought that they’d be oppressively heavy on the up and bulky and cumbersome on the ski down but they were surprisingly light and nimble. They behaved a lot like a narrower ski and made me wish it was still January so I could have a few more months to enjoy them.

If you live on the coast (or anywhere else) where there is consistently deep snow or you go cat and heli-skiing a lot, or perhaps just want some of the fattest skis on the market then the Faction La Machine Skis are for you.