The Volkl V-Werks BMT 122 skis have been on our radar ever since we reviewed the V-Werks BMT 109 skis a few years back. This narrow version of the BMT 122 was so impressive that we awarded it our coveted Gear of the Year Award. Naturally, I expected the same great attributes in the BMT 122 that the 109 provided, just in a fatter version. I was not disappointed.

BMT stands for ‘Big Mountain Touring’ which is an apt acronym for this ski prowess and its ability to take on any terrain you throw at it despite how lightweight it is relative to how fat it is underfoot. Its full-rocker design and 122mm underfoot girth make if fairly obvious that this ski was built for pow. Their profile is quite gradual and the full-rocker design means that the tips and tails rise smoothly over the length of the skis allowing them to plane easily without the need for an abrupt early rise like most other powder skis. 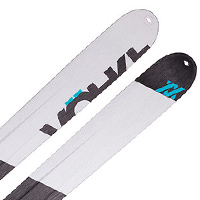 A clean top sheet graphic along with a super skinny profile make these skis head turners. 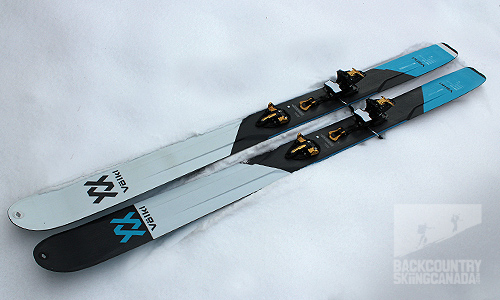 Volkl has improved the V-Werks design in recent years and incorporated some new technology into the BMT 122’s that aren’t found in the previous 109’s we reviewed. Overall, however, the skis remain primarily the same, after all, if it ain’t broke why fix it. Let's take a closer look at three of the technologies that make up this lightweight fatty.

3D.Ridge Carbon
A central wood core ridge makes up the bulk of the BMT 122’s rigidity with the profile slimming towards the edges significantly which reduces the skis swing weight. Combining this with a full carbon jacket and the BMT 122’s are surprisingly light, yet Stable 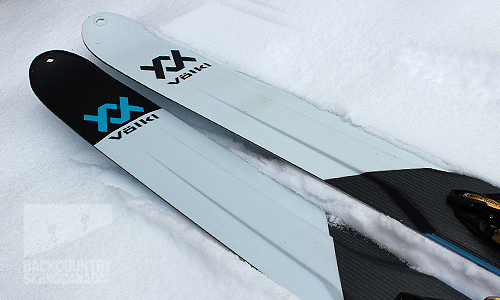 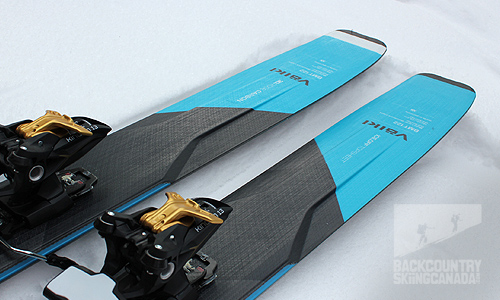 Ice.Off Top sheet
A new innovation introduced in 2016, Volkl’s Ice-Off top sheet uses a unique surface structure and material composition which reduces ice and snow build up on the ski’s top sheet. This can translate into a reduction of the skis weight by as much as 20-30%. In addition to this, the ski’s mainly white top sheet graphic further encourages the anti-icing effect which in turns helps further reduce skier fatigue on longer ski touring days. 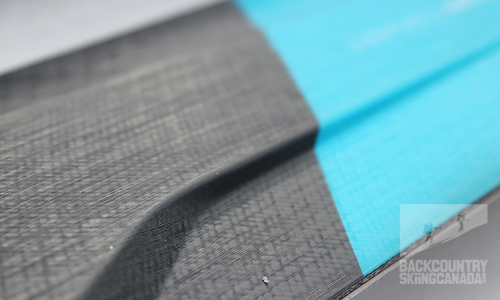 Skin Pin System
A built-in receiving hole in the tip of the BMT 122’s and a flat notch in the tail accommodates Volkl’s custom cut skins. While this does limit your ability to remove your skins while your skis are still on, they’re otherwise a snap to use and securely fit the skins to the 122’s. This Skin Pin System also allows for an easy way to make an emergency ski toboggan in backcountry rescue situations. 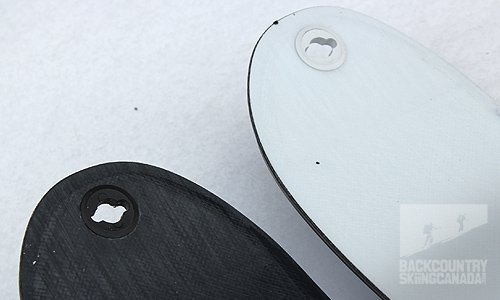 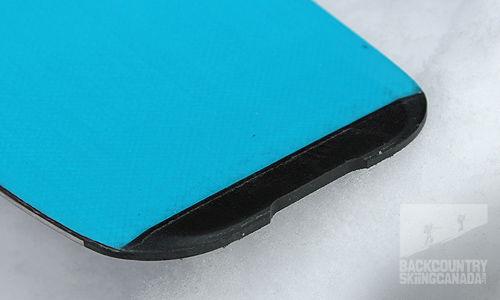 As with the other V-Werks skis in Volkl’s line up, the BMT 122’s specify that they are to be mounted with only Marker bindings. This is because the H-shaped reinforced mounting plate is designed to work specifically with the Marker binding hole pattern. While I’ve heard of people mounting other brands of bindings on these skis it’s advisable to first talk to your local ski shop for expert advice.

If you are looking for a more svelte version of the BMT 122’s then consider the Volkl BMT 109’s which won our Gear of the Year Award a few years back. The 109’s shave off 13mm from the waist (obviously given the name) as well as 9mm from the tips and 14mm from the tails. This all adds up to a weight savings of 200 grams per ski which makes them ideal to tour deep snow as well as hitting the groomers when required. Given all this extra surface area, the BMT 122’s also has a larger turn radius of 28.2 meters compared to the 109’s 26.5 (for the 186cm length). The BMT 109 skis are also available in a 166 length where the 122’s are not

No camber underfoot and a very early rise in the tips and tails make up this full rocker ski. 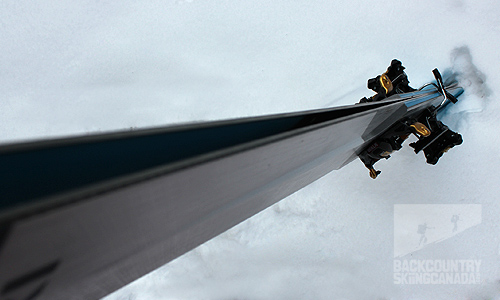 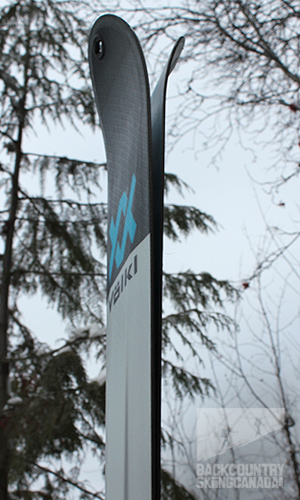 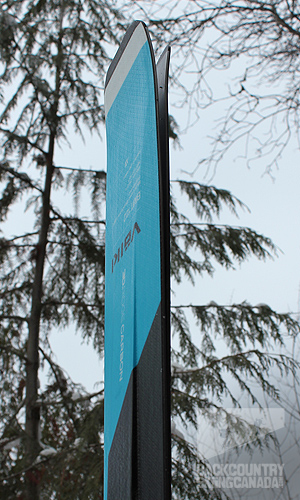 I’ve been skiing the BMT 109’s for three and a half seasons now and couldn’t be happier with their weight and performance so the prospect of adding an additional 400 grams (per pair) for 13 more millimeters underfoot was not one that I initially thought was warranted. That was until I skied the BMT 122’s on a super deep powder day. Their float was incrementally better in the backcountry and when it came to lapping the leftovers in bounds they sailed through the chop with ease. Given how light this fat ski is they provided a very smooth ride and I attribute most of this to their uniform flex. While they’re a relatively stiff touring ski, they are also very forgiving in nature. If they happen to get away from you it doesn’t take much energy to regain control and ensure your ego remains untarnished. However, compared to the Volkl Vwerks Katana Skis (another fave of mine) the BMT 122’s don’t provide the same performance, given how much lighter they are.

Considering the BMT 122’s use a full carbon layup they are relatively damp with slightly more flex in the tips and tails, however, they are not so stiff that they aren’t still fun. On big challenging terrain, the 122’s long sidecut and progressive rocker and low swing weight make it easy to link up quick turns that are required in these types of situations. Once you get them into big open powder fields, that's when the real fun begins, they turn into a big pow surfer ski. When you ultimately encounter skied up chop the 122’s continue to impress, given their weight they shouldn’t be able to tackle these conditions as well as they do. In firm and/or bumpy conditions the BMT 122’s are a casualty of their width and stiffness and do get knocked around, but overall they still perform surprisingly well inbounds considering their shape and size.

If you want to maximize performance and only want to tour occasionally then the Vwerk Katana’s are the ski. At 115 underfoot they are a dynamo in bounds and can ski crud and pow with ease. If you are looking for out of bounds performance and easy climbing then the 122’s are still your sticks of choice. Super weight conscious? then step it down a notch width wise and go for the BMT 109’s. if you’re after a more solid, higher performing ski that's aimed at your everyday resort skier then consider the Volkl 100eights, reviewed here.

Given how thin the BMT’s are at the edges I did expect them to chip and show more wear and tear than they did. While some damage was apparent it was minimal overall and no more than what I’ve experienced on much heavier/thicker skis.

Overall, the V-Werk BMT 122’s have lived up to their “Big Mountain” moniker and as a big brother to the award-winning BMT 109’s provide a reliable option for those looking for a fatter, more stable ski to rip on.