The SL Activ is a backpacking boot that foregoes the temptations of surplus gear-gadgetry for the tried and true focus on craftsmanship we’ve come to expect from Scarpa. The esteemed Italian maker’s tenure is pushing on a century, and as they probably know better than most, the mechanics of hiking/back-packing haven’t changed much. It might not be necessary to design a boot with material and technical innovations so radical it changes the game forever. The SL Activ rather reaffirms a prolonged engagement with the materials and craftsmanship that make multi-day hiking trips about the hike, and not about the particulars of how your gear is performing. As the cliché goes: you don’t notice good design. 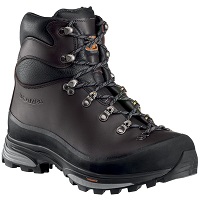 Full grain (2.7mm Sherpa HS12) leather bridges the gap between the SL-Activ’s rugged build and handsome aesthetics. Here is the "before" shot. Look for the "after" at the bottom of the review. 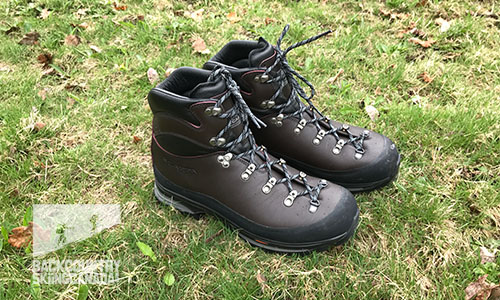 Long-time readers of BSC might be familiar with our previous gushing reviews of Scarpa boots (Crux and Cosmo shoes, Kinesis GTX Pro boots, for instance)  and would rightly predict a similarly positive reception of the SL Activ. That being said, the conditions of this review differ slightly from those of a standard backpacking trip. I used the SL Activ for the tail-end of a couple months working silviculture in the East Kootenays, where my days were spent clambering through decidedly less sure-footed terrain than that of a standard hiking path. Cut blocks are often cluttered with brush, fallen logs, unstable rocks, and a whole plethora of other stuff you generally wouldn’t want to be stepping on or walking through. All this to say that I put these boots through the wringer, and they proved to punch well above their weight as a work boot (yes I am mixing metaphors....)

Activ Plus insole does the trick. Don’t sweat outsourcing the orthopedics. 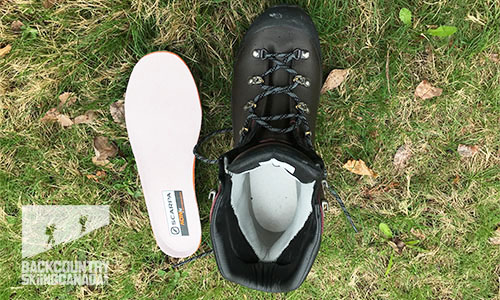 Tough stitching that still allows for flex in all the right places (l) and micro-pulley/no-friction hardware makes for an in-control, expedited, and ultimately breezy lace-up process (r). 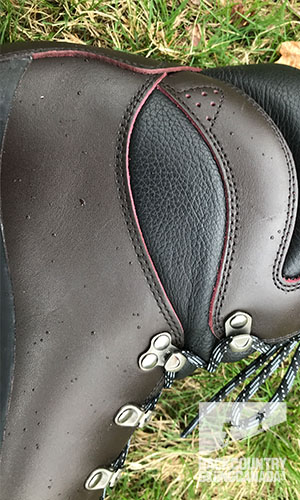 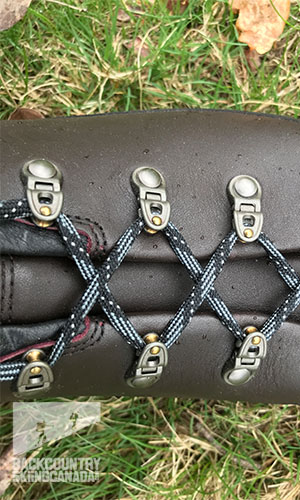 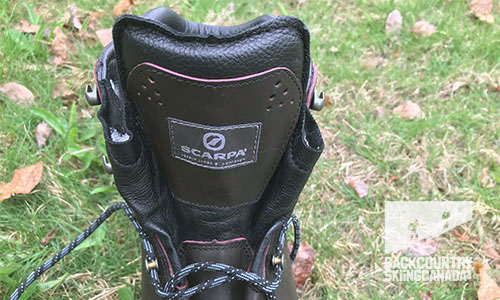 Cocona Fabric lining made from coconuts – comfort that’s easy to take for granted. Note that the footbed has been pulled in this photo. 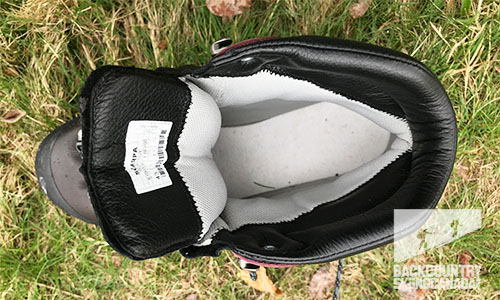 Full-rand rubber keeps your feet undisturbed by whatever gnar the ground might conjure up. Note the dual-density polyurethane midsole (in grey) for the super cush ride. 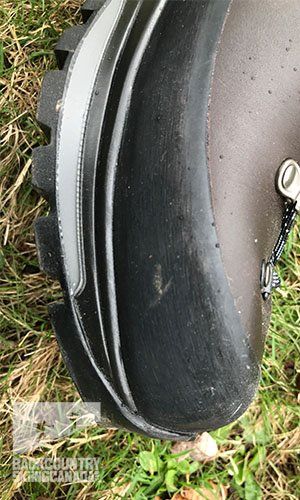 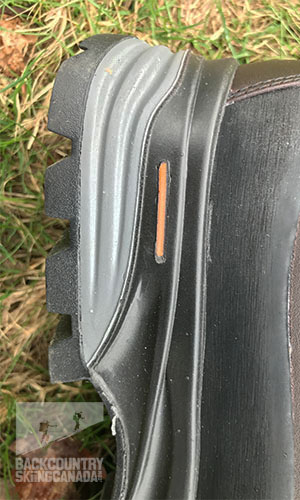 Grippy, no-messing-around Vibram® Biometric outsoles. They feel and perform excellently in all kinds of terrain, rolling naturally and making sure your feet do as little of the hard work as possible. 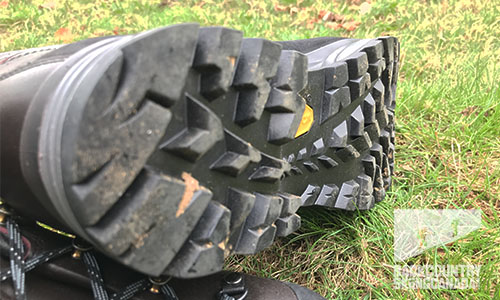 Here they are after this summer’s ordeal (the "after" shots. They keep on ticking. 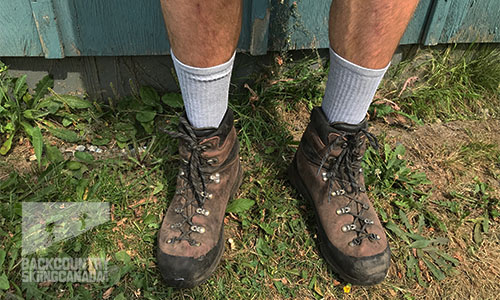 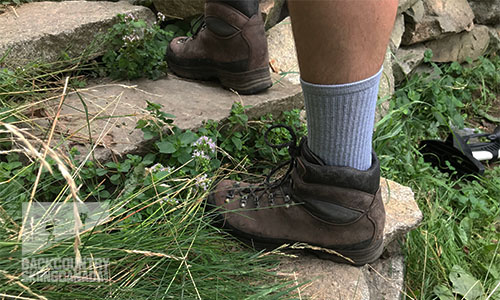 I clocked at least a hundred hours of wear on these boots, and aside from some superficial marks, they’re looking and feeling tougher than ever. Their peak (there’s gotta be one eventually) still seems to be far from immanent, and that’s after some pretty strenuous times on ‘the block’. In fact, their performance has only seemed to improve as I break them in. The boots are comfortable and elicit confidence. By the end of my stint in the SL-Activ, I rarely second-guessed a step. I will say that the breaking-in process is worth considering. This might just mean wearing them for a casual walk (through the neighborhood park/around the office) before taking them on a multi-day trip. I found that the boots’ bomber construction needed a couple days to shake off any initial stiffness and mold to my feet. Applying some simple boot-wax also helped. Once the leather softened up a bit, it still managed to fend off rain, muck, and even the biting cold of an unexpected snow day. It was only on steeper ground (like, really steep, say 60° and up) that I wished I had worn something with a little more ankle support. This would also have been in absence of any steps, switchbacks, and so on. As I’ve said, I brought the boots into terrain they weren’t necessarily built for, and they still kicked ass. The SL-Activ is the kind of boot that might warrant a second review a decade down the road. In the meantime, we will stick to ‘highly recommended’.