Osprey has expanded their Farpoint and Fairview packs and now offer them in a wheeled version for those who prefer to roll rather than carry. The Farpoint for him and the Fairview for her are both available in a 36 and 65 litre options with the former being carry-on compliant. Both are built tough with Osprey’s legendary “All Mighty Guarantee” yet use lightweight fabrics and components to keep the overall weight respectable. This new wheeled version weighs in at 5.29lb for the 36L and 6.17lb for the 65L and they are able to carry a hefty load without the packs themselves weighing you down. Both packs have a stowable backpack suspension system hidden behind the back panel which is easily deployed should you need to shoulder the load to navigate rough terrain. This review will focus on the Farpoint Wheeled Travel Pack 36 so read on to learn more. 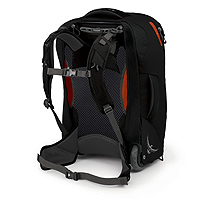 Now you see it—now you don't, Osprey's cleverly designed backpack suspension system tucks away into the back panel when you don't need it. Roller bag and backpack, all in one. 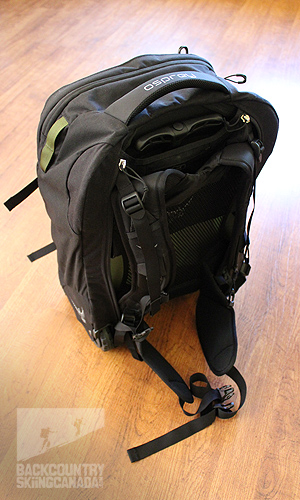 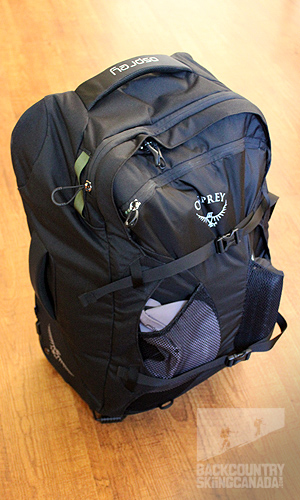 Carry-on Only Travel—less is more

International airlines enforce a carry-on limit of 22lbs and dimensions of 22 x 14 x 9” which the Farpoint Wheeled Travel Pack 36 is designed to adhere to. While limits for domestic carry-on is not as strict as those regulations for international it's still nice to know that the Farpoint meets both sets of requirements. Since the weight of the Farpoint Wheeled Travel Pack is about half that of other carry-on bags it means that you can travel with an additional 5lbs of clothes and other items or simply leave that space vacant and bring back more souvenirs and memories of your travels.

Travelling with just a carry-on and no checked bags is a life changer and while some may say it's not for them, just look what the Farpoint 36 could carry with room to spare: 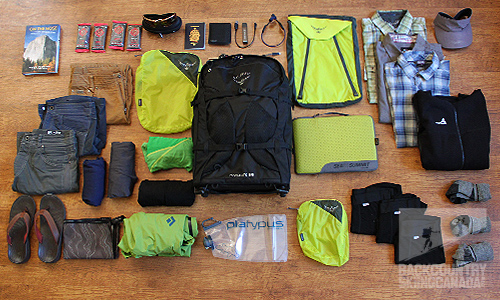 Osprey's Farpoint Wheeled Travel Pack 36 easily accommodated enough for a three-week adventure across the pond—here's what it could carry:

Plus room to spare!

If you’re doubtful that you can spend a week or even three with only the items that fit in your carry-on then be sure to read our review of Unbound Merino as that apparel brand can help you minimize the clothes you need to travel with. The high cost of low maintenance clothing made from Merino wool like that from Unbound is quickly offset by the savings you gain not having to pay expensive baggage fees which are now a part of air travel and not likely going away anytime soon. Airlines typically charge between $25-$40US per checked bag per flight. On an international trip, this can save you up to $160US which is a lot of extra spending money that can surely be put to better use than lining the pockets of airlines.

Wheeled carry-on or a backpack?

While the original Farpoint and Fairview packs were just that, packs, the new versions of these packs have built-in oversized 90mm wheels to make the going much easier. Osprey also took the pack’s suspension system and stowed it away behind a zippered back panel where it stays out of the way until you need it. This pack carry system includes a tensioned mesh back panel with padded shoulder straps and hip belt so it can carry a load with ease just like the original Farpoint and Fairview packs. Roller or carry, now it’s your choice.

On the bottom of the Farpoint Wheeled Travel Pack, there are two clips that need to be released along with a velcro flap, then you can unzip the two zippers to expose the hidden backpack suspension system. 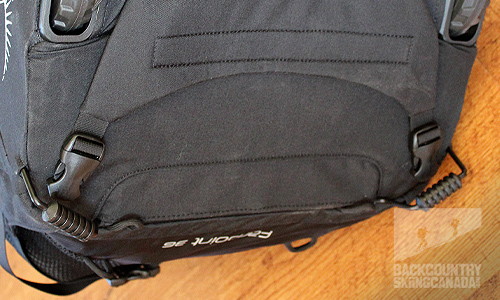 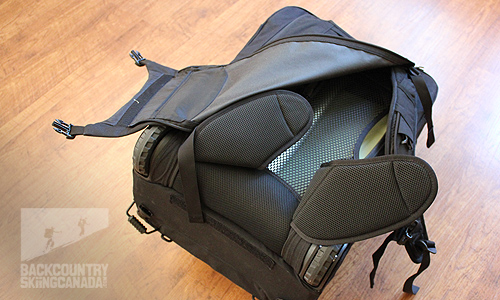 In roller mode, the Farpoint's oversized 90mm wheels will get you through almost anything and the telescoping single stay handle is not only light but comfortable to use. 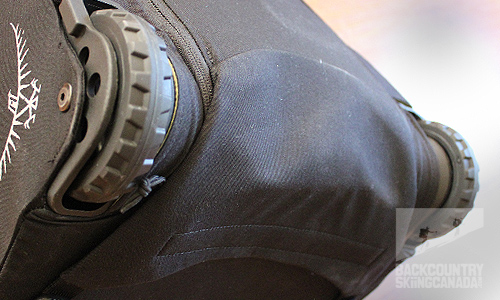 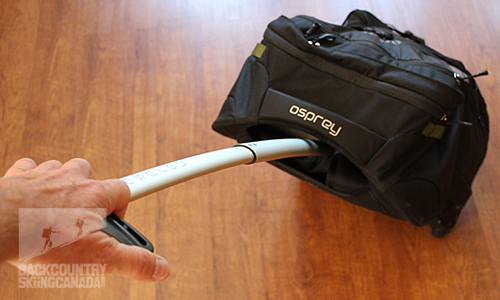 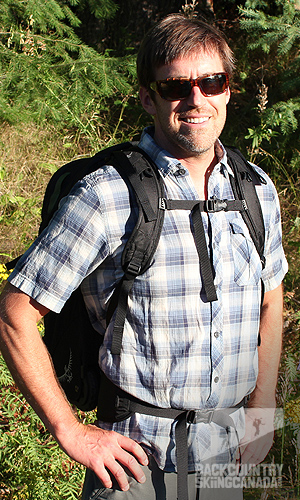 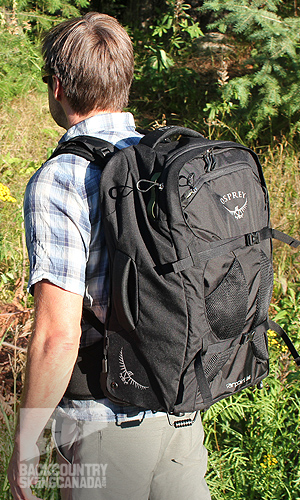 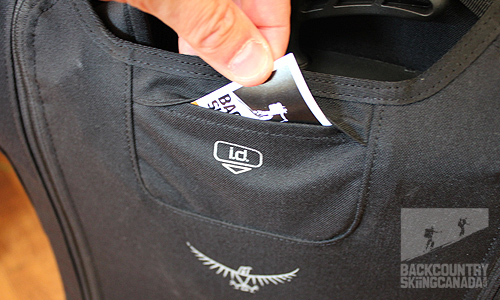 Pockets abound on the Farpoint Wheeled Travel Pack. There is a large internal mesh pocket, a full-length exterior pocket, a top stash pocket and two smaller mesh pockets on the front. 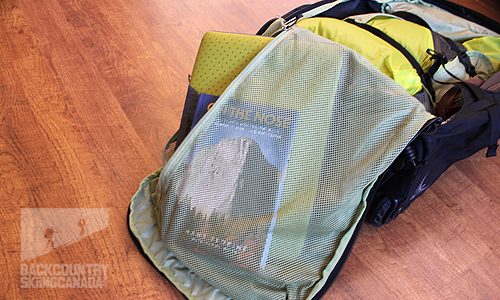 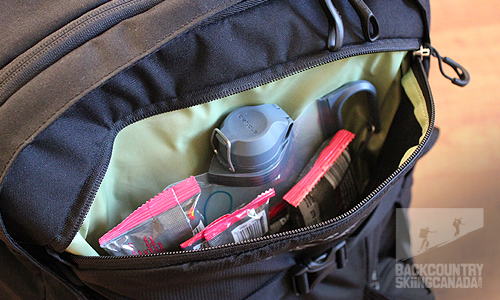 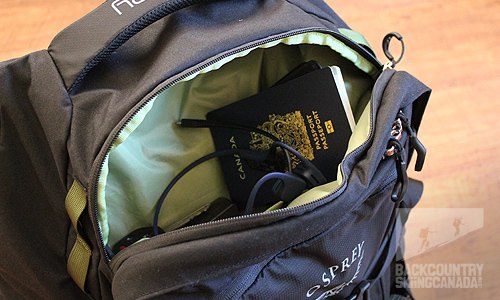 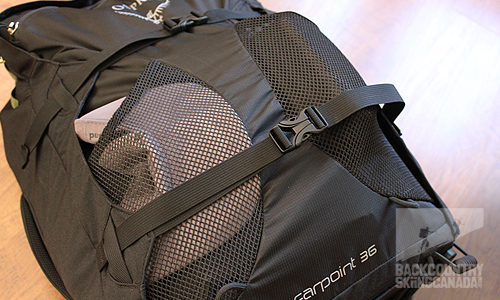 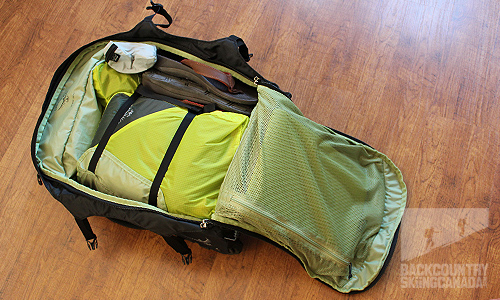 Below you can see one of two built-in soft external handles to help you man-handle the Farpoint Wheeled Travel Pack. 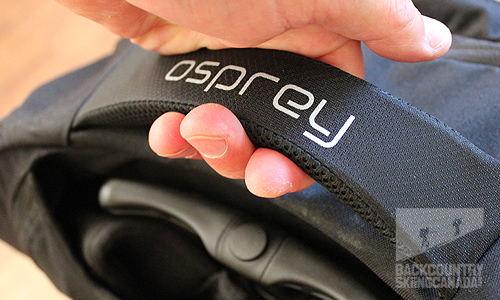 An ideal companion to the Farpoint Wheeled Travel Pack is Osprey’s Ultralight Packing Cube Set which retails for $45CAN / $38US and consists of three lightweight 40D ripstop nylon cases to help organize your clothes more efficiently. There is a small, medium, and large-sized cube, each one ideally suited to accommodate either shirts, pants, socks & briefs… or what ever else you chose to place inside them. The idea behind the Packing Cubes is that they will keep your clothes organized and easy to get at, saving valuable space inside the Farpoint Wheeled Travel Pack which is paramount if you are adhering to the carry-on only mantra. The Pack Cube Set is lightweight yet durable and easy on the wallet—I’m a fan.

I’m a converted carry-on only traveller as it saves me time and money—two things I never have enough of. While on the search for a quality carry-on I had two main priorities, it had to have a backpack harness system and it had to be lightweight. Rolling 22lbs of carry-on is always preferred to carrying it, but sometimes this just isn’t an option—on dirt/gravel paths or the cobblestone roads of Europe a backpack carry is much more preferred. With a carry-on that’s built lightweight like the Farpoint, it ensures that I can maximize the amount of weight I can travel with and still adhere to all of the International carry-on limits. While some domestic US airlines allow up to 40lb of carry-on, International flights limit this weight to between 15lbs for Air New Zealand and Tai Air to a maximum of 26lb for most other airlines, with the average being 22lb. This is not a lot of weight, especially when you subtract the 8-10lbs the average carry-on weighs. Osprey’s Farpoint Wheeled Travel Pack 36 weighs almost half this at a paltry 5.2lb or 2.4kg, leaving more room for your things. And trust me, some airlines do weigh your carry-on, especially these days when everyone is trying to push the limits of what they don’t have to check.

On a recent International trip, I was required at check-in to have my carry-on weighed and because it was not the Farpoint 36, I exceeded the allowable limit, by 4 lbs. After putting on extra clothing and shuffling things to my backpack, I was able to meet their requirements and get my carry-on tagged with their approval. Had I been using the Osprey Farpoint Wheeled Travel Pack 36 this wouldn’t have been an issue as it is a full 5lbs lighter than my previous hard-sided carry-on. Lessoned learned.

Travelling with the Farpoint Wheeled Travel Pack on a more recent domestic and international trip was a breeze, not only did it accommodate all the stuff I crammed into it but things were fairly easy to get at (thanks to all the pockets), it was rugged, looked great and most importantly wheeled along with ease. While the backpack harness system is not the easiest to get at it was nice to know it was there when I needed it, which I did, on several occasions. The padded shoulder straps and hip belt provide a comfortable carry of all 22lbs. While I wouldn’t want to spend an entire day climbing a mountain with the Farpoint Wheeled Travel Pack 36 on my back it’s nice to know that I could.

If you too are willing to pack a little lighter you can easily adopt the less is more—carry-on only travel mantra. Trust me, you’ll be glad you did.