Four Points started out in the mountains of Colorado by Kevin and Patrick Webber, brothers who wanted an alternative energy source other than the standard gels and bars they were used to that would help avoid crashing while climbing the big mountains in the State. For several years they used sports nutrition and their culinary and athletic backgrounds to make homemade bars based on four points: that the bars contain an optimal glycemic load for healthier blood sugar and sustained energy, be macronutrient dense, truly contain only real natural food, and taste delicious under any condition. Since 2014 Four Points has been producing bars commercially and they are designed to help maintain energy throughout all types of outdoor activities. 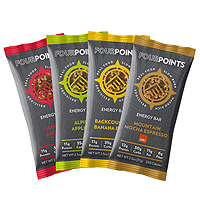 As delicious as they are nutritious, Four Points Bars will help you avoid the bonk. 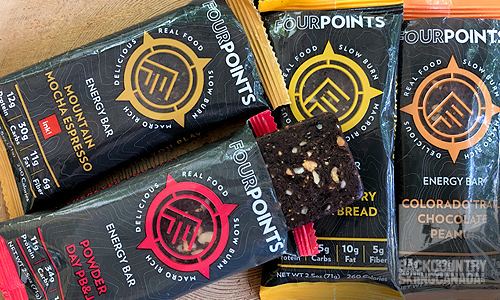 Four Points bars come in eight different flavours and each is made from real ingredients, there are no additives, preservatives, or artificial flavourings. As well, the bars are macronutrient dense, meaning they are high in carbohydrates, protein, and fats which help maintain high energy levels. Finally, the bars not only have great flavour choices, but they also have both a low-moderate glycemic index and a low-moderate glycemic load which allows for slow burning energy without spikes and crashes in overall energy levels. 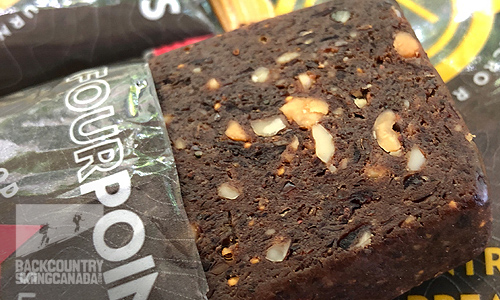 Below we'll take a closer look at a few of the Four Points Bar flavours, so read on. 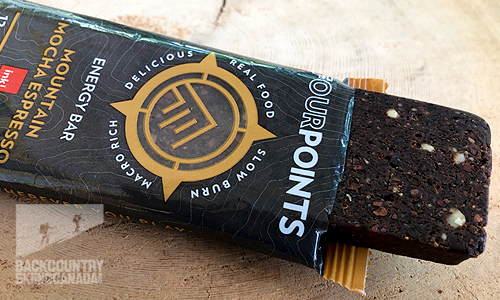 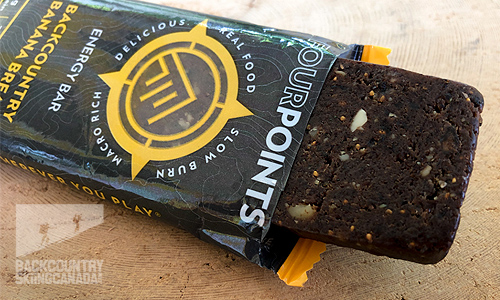 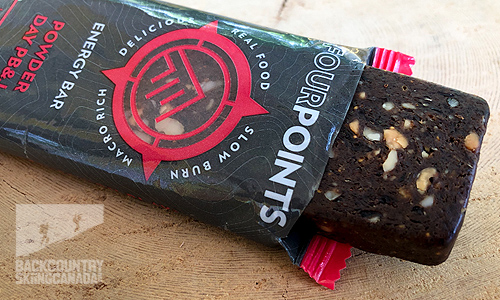 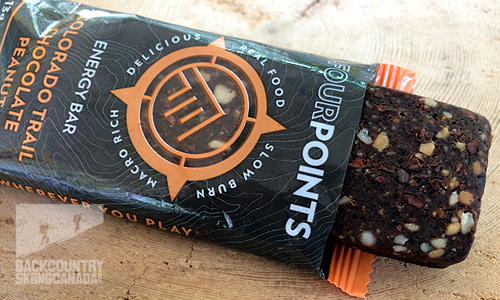 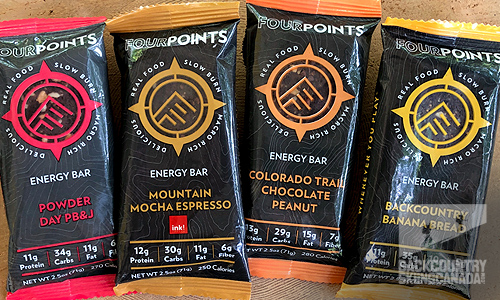 There are many energy bars on the market today and we've previously tested Prima Energy Bars and Health Warrior Chia Bars to name just a few. I tested the Four Points bars out this past spring on both short and long mountain bike rides to see how well their claims of providing sustained energy without a crash would hold up.

What I like most about Four Points bars is the fact that they are made with all natural ingredients and are macronutrient dense. Many energy bars I have tried in the past tend to provide a short term burst of energy but then the hunger pains kick in again and my energy levels go down. With Four Points bars however, I found that they sustained my energy levels noticeably longer than other bars I have tried. On one long, hot ride I was able to eat a bar halfway through and then continue on for another couple of hours without eating anything else. As someone who likes to carry as little weight as possible on long rides, this is promising. Rather than carry a sandwich on longer rides which tends to get squished anyway I can throw a couple of these bars in my pack and feel sustained.

Overall the flavours I tried were pretty good. None were overpowering and in fact, they all were pretty similar in taste despite being quite different in description. One minor quibble is that they are a bit on the dry side so supplementing with liquid is a good idea in order to wash them down. Ultimately, I liked these bars and although they didn’t magically make me faster or stronger out on my rides they did provide for a solid, sustained source of energy.

See above in review.