While the Guide Tennie is not a new shoe for Five Ten, it is a very popular one and hence the reason for this 2017 upgrade. Dubbed as the first approach shoe ever made, the Five Tennie's 1985 debut created an entirely new class of shoes and this new iteration is their latest incarnation. Even though they are classified as an approach shoes the Guide Tennie are ideal for bouldering, scrambling, hiking and low-grade sport and trad climbing. They excel at these disciplines due to their Stealth C4 soles, this is the same ultra-sticky rubber that's found on Five Ten’s climbing and biking shoes. Combined with their Dotty™ tread pattern the Guide Tennie provides unrivaled traction on rock. Their low-profile and relatively light weight are attributes you want in an approach shoe and should you have a bouldering objective or a few pitches of 5.6 at your destination there’s no need to bring along your climbing shoes—the Guide Tennies have you covered. Their beveled climbing toe provides edging power should you need it and the rubber sole wraps up and over the toe box which improves durability and is ideal for climbing. 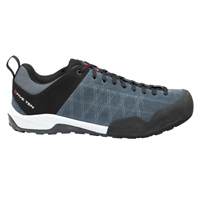 The original approach shoe, only new and improved. 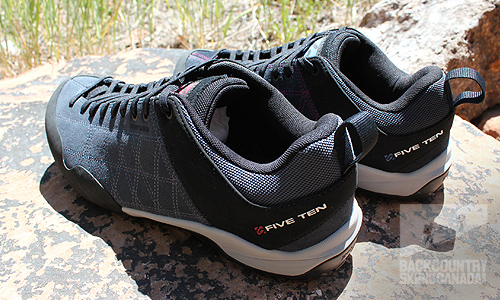 The ergonomic last and stiff construction of the Guide Tennie provides great foot hold and a snug yet comfortable fit. With laces from the start of the toe box all the way up the arch of the shoe, your foot is embraced as if it were in a real climbing shoe but without the pain. The slimmed down toe box provides the performance you need on rock without being over the top when you are putting in the miles on a long approach. A good combination of comfort and climbing shoe prowess which has only been improved in this new version is what makes the Guide Tennie even better than before. 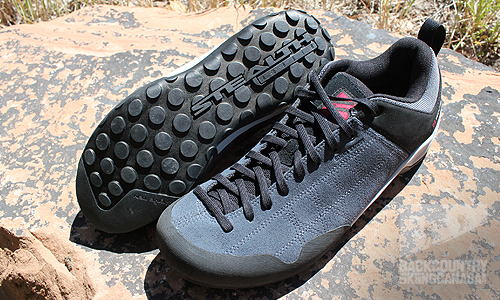 The nubuck leather upper is durable and also water-resistant so it can take the abuse that scrambling or climbing will dish out. The wrap around rubber toe cap is also effective at deflecting rocks, protecting your toes from abuse and keeping them dry. 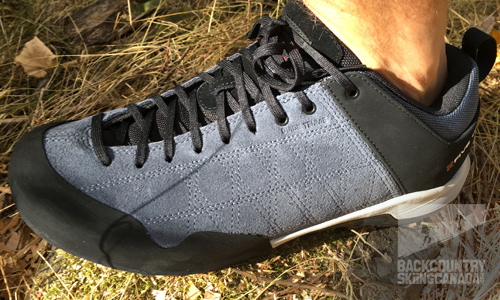 Have a look at this overview video straight from Five Ten: 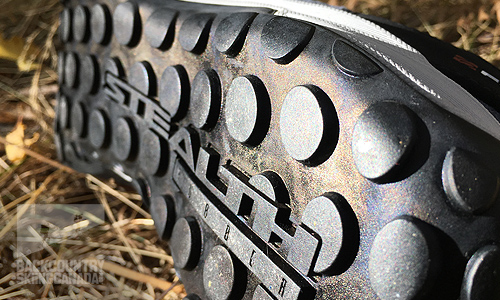 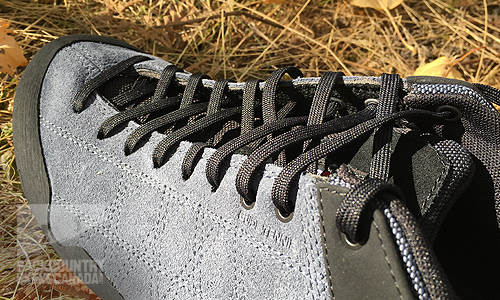 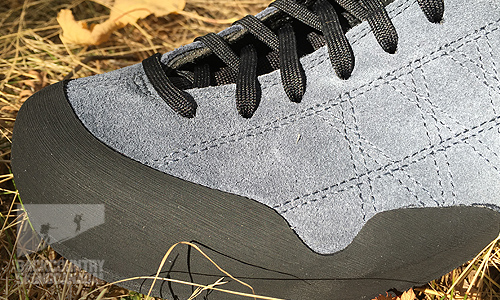 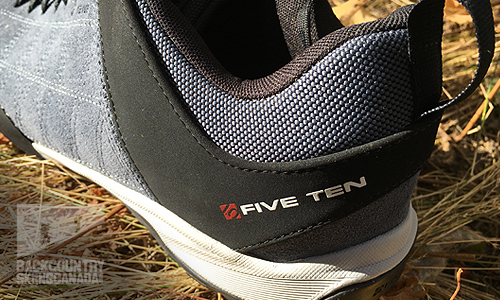 The Five Ten Guide Tennie approach shoes were tested in a number of environments. I wanted to see how they would perform not only as an approach shoe but also as a hiker and bike shoe. Thanks to their Stealth C4 soles, not only do they stick to rock,  but they also work well with bike pedals. I found the Guide Tennie shoes to be ideally suited to each of the disciplines mentioned above. While they weren’t so ideal on wet rock or frozen ground—due to the tread pattern they stuck to pretty much everything else. The generous toe rocker and rounded heel eliminates that Frankenstein feeling when hiking even though the toe is still very much squared off.

Although I have a slightly wider foot than average, the narrower fit of the Guide Tennie wasn’t an issue. I did, however, give them some time to break in and warm up before any considerable mileage was put on them. The new Guide Tennie version is said to be not as stiff as its predecessor which is a good thing as I found them to be plenty beefy and anything more would have been overkill. The full lacing system and heel pocket reinforcement provide a great foot-hold, while again not being overpowering, just enough to be able to scramble and climb while still comfortable enough for hiking and biking.

We built this backcountry skiing community for you, the passionate skier, and hope you enjoy the hard work we put into all the reviews, routes, videos, and posts we create. It’s been free from day one but that doesn’t mean it’s not a valuable resource. If you enjoy this website and value the content we create for you, then please support Backcountry Skiing Canada by donating today. Thank you!