We are huge DPS fans and have had the pleasure of testing the Wailer 112 Pure3 model (pre-RP2, carbon version) and the Lotus 120 (in baby blue). We also shot a video of the Tour 1 skis before they were available to the masses—click here. If you want to see a bit of what the brand has in store for 2016/17, take a look at this.  But enough with the links out to past reviews. Let’s talk about the Tour 1s.

Look immediately below for a video we shot at Boulder Hut Adventures on the DPS Wailer 112RP2 Tour1s: 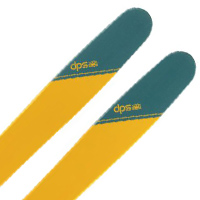 There are no items found

DPS is a small manufacturer based in Salt Lake City. They are a great bunch of people who have been coming up with funky and progressive designs since the company’s inception, more than a  decade ago (think of spoons and paddletech). The Tour1 program is their answer to super-light ski touring skis. I have skied similarly light skis and I found the Tour1 112 Wailers to be a more versatile ski--perhaps because of the shape of the ski.

Front and back. Slightly more orangey than the Wailer 112s. 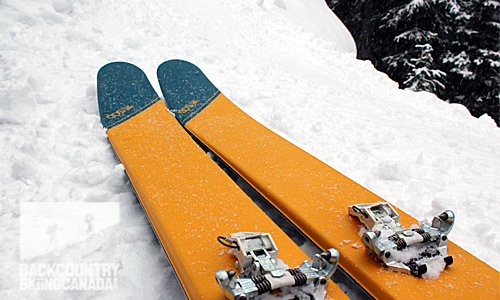 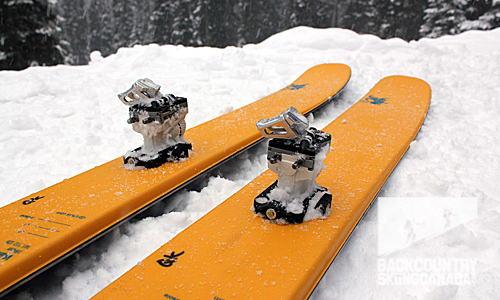 Note that the tip and tail rocker (particularly the tail) have been toned down a tad in RP2 constructions. 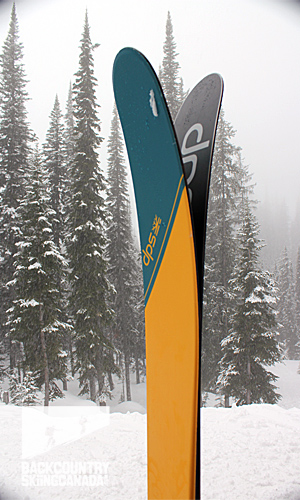 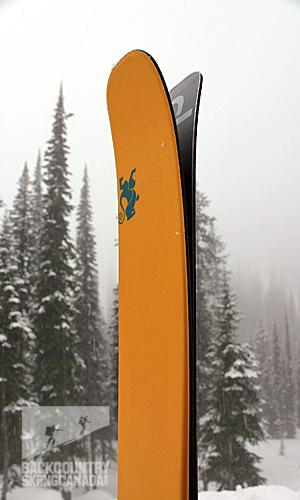 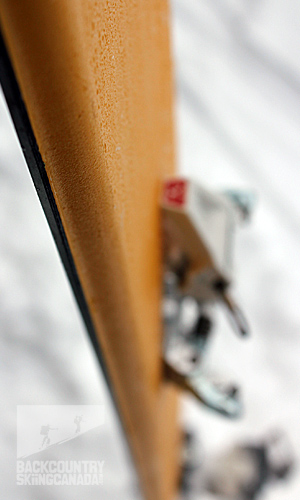 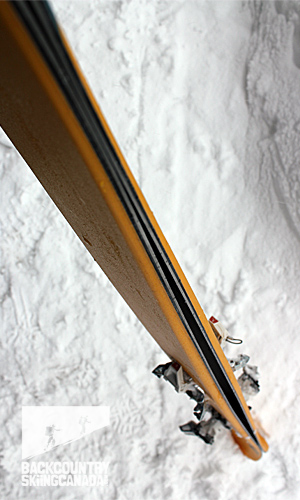 In all their glory. As with all DPS boards, understated graphics make for a very good looking ski. 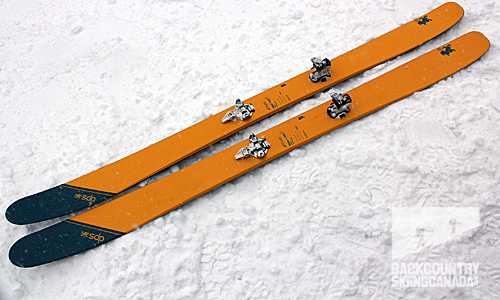 As mentioned in the video above, the DPS Wailer 112 with a Tour1 construction is a lightweight “silver bullet” (even though they are yellow). If conditions are good, these boards work very, very well. A half dozen of my best days of the season were spent on the Tour1s. At less than 3.5 lbs per ski, they are remarkably sprightly. Mounted with a pair of brakeless Dynafit Radical Speeds and driven by a pair of Scarpa F1s, the set-up makes you feel like you barely have skis on your feet. If there’s powder to be had, they ski like a heavier ski of the same dimensions. Surfy, easy to plane and turny.

Having tested a whack of skis over the years, it’s clear that, with “all-around” skis, there’s always a bit of sacrifice with performance. With the DPS Tour1s, there’s the risk that if you hit some ice or breakable crust the ski won’t perform as well as you want it to. Herein lies the risk/ benefit question. My answer—I say the benefit of touring with these skis outweighs the risk of rare super-crappy conditions here in Western North America. I know…that’s a bold statement. I skied the Tour1s all week at Boulder Hut Adventures and all 5 days at a Cooke City/Beartooth trip. They were great.

A word on the shape:  the Wailer 112, Tour1s have the updated RP2 dimensions. There’s a little less rocker in the tip and tail and DPS claims the ski has a bigger sweet spot. No one can accuse DPS of being humble with their claims, but, in this case, I have to agree. I found the rocker a little excessive on the earlier, non-Tour1, iteration of the ski. RP2 eliminates the skiing-on-a-banana sensation I sometimes felt skiing on the Wailer 112 RP.