Wonder Alpine is a small company based out of Salt Lake City, UT made up of a tight-knit group of accomplished skiers and backcountry enthusiasts. They decided to take on the task of building more sustainable skis and focussed on using algae-based components by teaming up with Checkerspot a biotech company that makes polyurethane-like oils from fermented microalgae. Matt Sterbenz is the founder of the company and envisioned a ski that treads lightly on the environment yet charges hard. 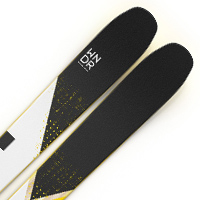 The WNDR Intention 110 Skis are a great looking skis, this is the cambered version below. 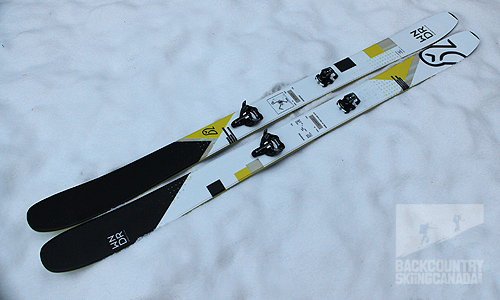 WNDR’s backcountry focussed ski is the Intention 110 and utilizes a wood-algae composite core, essentially, an aspen core with micro-algae stringers, sidewalls, and top sheet. The algae core is made like carbon-fibre but is not derived from petroleum.

There are two camber profiles available for each length so you can choose a shape for your skiing style—positive camber for widespread versatility and stability or reverse camber for the ultimate in playful, off-piste floatation. 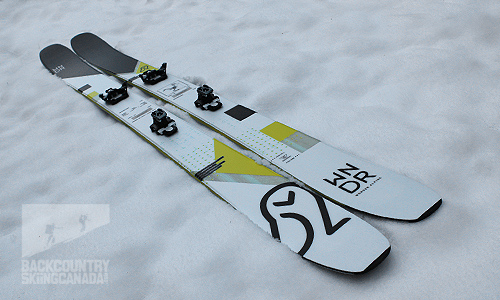 The Intention 110 Skis incorporate gentle rocker lines paired with a medium turn radius which results in a ski built for effortless slashing and pivoting. 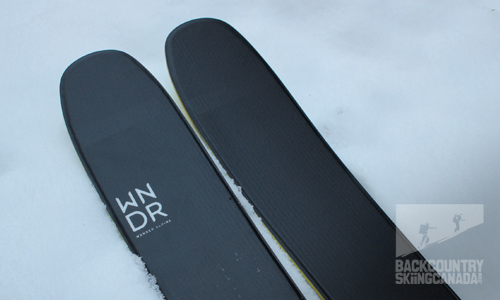 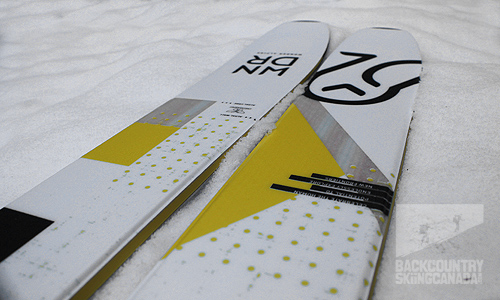 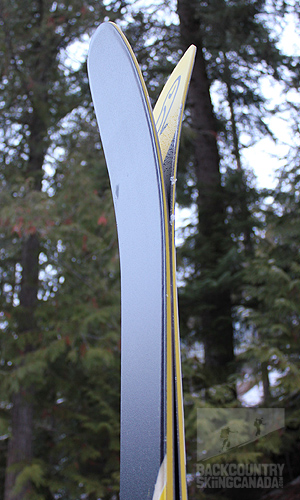 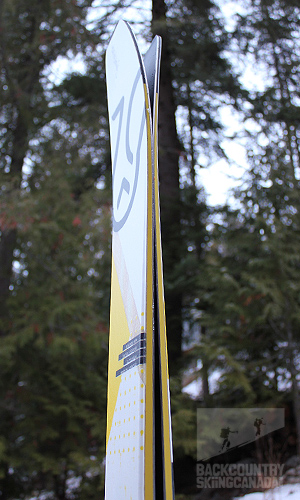 The Intention 110 Skis use an Algal Core which is a composite of vertically laminated, locally sourced aspen with high-density, algal polyurethane stringers. The biobased carbon content is 41% by using the ASTM D6866 Standard which is a method for determining the biobased content using Radiocarbon Analysis

The Algal Wall cast polyurethane sidewalls are made utilizing a proprietary biobased polyurethane, engineered to improve edge hold and bondline strength with the core when compared to traditional materials. Algawall sidewalls utilize a novel manufacturing technique that diverts plastic waste from the landfill when compared to traditional use of ABS plastic sidewalls. This results in a Biobased carbon content of 60% as determined by ASTM D6866.

WNDR uses a Biobased Super Sap technology which replaces traditional petroleum-based resin systems. By using an Entropy Resins to minimize the carbon footprint of their products WNDR can achieve a certified bio-based content of 28% of the ER-305 Resin. 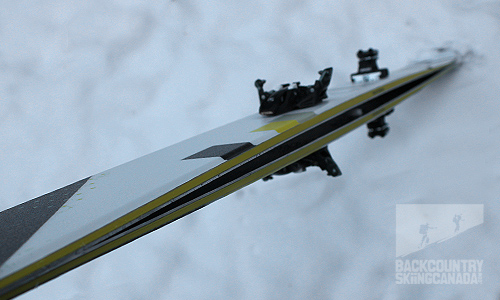 The beauty of the Intention 110 is that you can choose a ski based on your style.  If you tend to ride the resort and occasionally hit the slackcountry, or just prefer a ski with camber, all you need to do, is ask for camber.  However, if you mostly ride the fluffy stuff, or like a reverse camber ski, then you can get that too.

The Intention 110’s design offers a nice big 136mm shovel that keeps the ski afloat in deep snow while It’s also light enough to be a backcountry workhorse. I skied the Intention 110 192cm reverse camber approximately 80 days last winter as an ACMG ski touring guide and it delivered everything you would expect from a daily driver, reliable, strong and well built.  I tagged a few rocks at speed and the skis hardly showed the impact.

The reverse camber profile rides as you would hope; it’s easy to turn, stable at speed and surfs pow like a banshee. I debated about the recommended boot centre mounting position and thought it could have been a centimetre further back as I tend to be hard on the tongues of my boots when I ski East Coast hardpack. However, I never went over the bars.

The Intention 110 is not a ski for lazy skiers as the robust construction requires a bit of input to drive the ski effectively. I found on hard slabs or firm surfaces, you had to pay attention to details and embrace good ski technique—Tip pressure, hands up and forward, pressure on the tongues of the boots.  Back seat driving is a no-no with these boards, they like to run!

Born to run they may be but the Intention 110 Skis like a sinuous course. The reverse camber profile is not exactly like it sounds, it is more like a flat base underfoot with a low-profile tip and tail rocker that yields a progressive feel. They are easy to pivot in tight terrain, yet the 22.5m turning radius @ 185cm, lets you arc big mountain turns. Conversely the cambered version of the Intention 110 Skis bight aggressively on hardback and technical snow and provide confidence on those days with a little less soft or deep snow. The choice of the camber or reverse camber version of the Intention 110 Skis is totally up to you and your skiing style and the kind of snow and terrain you typically ski.

The 110mm waist is a nice compromise for the one pair quiver ski.  Sure, on the ultra-deep days it’s fun to surf some fatties, but day in and day out for a 100+ day season, 120mm waisted skis will hurt your knees and slow you down on the skin track.  Believe me, I tried.  The 110mm profile still allows you to properly edge and angulate on firm snow and steep terrain.

I’m old school and want camber
Because I need to have a backup pair of skis for work, I decided to try out the 185cm cambered Intention 110 as my spring firmer condition ski. It’s been nearly seven years since I rode a cambered ski on a regular basis and I was pleasantly surprised by how easy they were to ski. I had a notion the camber would take the playfulness away from the ski, but I was wrong.

The progressive tip and tail rocker still allow you to slarve your turns while making it extremely easy to initiate and release the ski from a turn.  However, the camber gives the pop you crave on firm snow.

I am 6’1” and approximately 220 lbs with my ski gear and guide’s pack and  I decided on the 185cm length because I wanted a responsive ski that would be quick to turn in steep, spring snow or confined terrain. However, I have been using the 185cm cambered ski this year in the early season, as I have been riding conservatively to avoid any unwanted encounter with early season hazards.

The cambered Intention 110 loves to turn, that’s right—I admit to making guide wiggles; but turning gets your legs in shape, so I am OK with that. I have really enjoyed arcing GS turns on these cambered skis since they feel stable and hold the line yet respond quickly when you roll them over.

Either way, WNDR has you covered with the Intention 110 Skis in both camber and reverse camber versions and it’s nice to know they value the environment when they build and ship your skis to you.