Volkl’s revised 100Eight skis utilize the same minimalist 3D.Ridge construction as the V-Werk Katana and V-Werk BMT 109 Skis. The central raised ridge reduces mass at the edges of the ski and minimizes its swing weight without sacrificing power and performance. Wrapped in a fibreglass composite which provides solid power transfer from tip to tail, the core is a multi-layered poplar wood with durable ash under foot. The denser ash core in the underfoot binding area ensures a solid foundation for binding screws improving retention and stability. The softer poplar wood used in the rest of the core provides a snappy resilience and a flex pattern tailored to each length of ski. Carbon stringers enhance the ski’s torsional stiffness for quick edge-to-edge power and a snappy, playful feel. While the full sidewall construction is not as minimal as those on the V-Werk Katana and BMT 109 Skis (which also incorporate the 3D.Ridge construction) it provides a stronger and more energetic ride and allows the ski to better negotiate variable snow and terrain conditions. 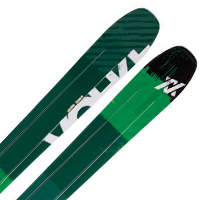 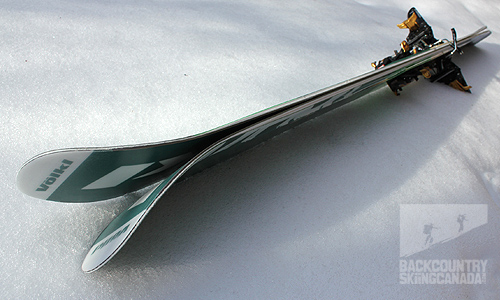 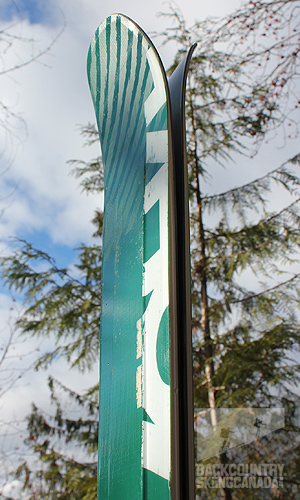 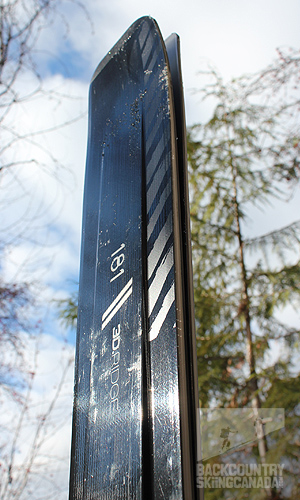 The Volkl 100Eight Skis have a progressive tapered shape with dimensions of 141-108-124mm. This design facilitates easy steering with less chance of tip deflection in variable snow while still providing enough girth on those deeper pow days. The 100Eight’s 22-meter turning radius (for the 181cm length) puts it in the middle of the pack for a ski of these dimensions; Below 20m is ideal for negotiating tight trees and bumps, closer to 30m and the ski is ideal for straight line stability and more aggressive skiing.

Volkl also incorporated the same full rocker profile on the 100Eight Skis as it did on the V-Werk Katana and BMT 109 Skis. It’s a subtle, gradual bend from tip to tail providing extra maneuverability in soft snow, while delivering high speed arcing turns on the groomers. The full rocker, plus the 100Eight’s matching flex and sidecut, equals uninterrupted edge contact and smooth predictable turns. 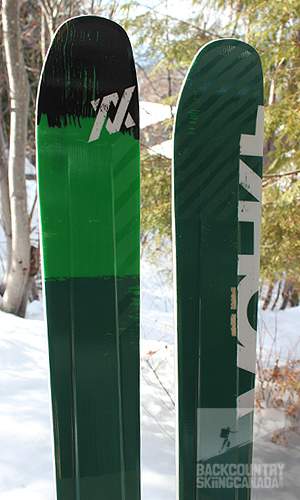 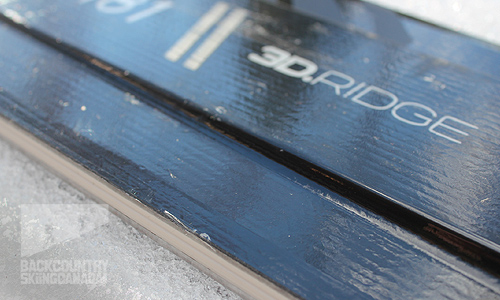 The tips and tails up close, beauty. 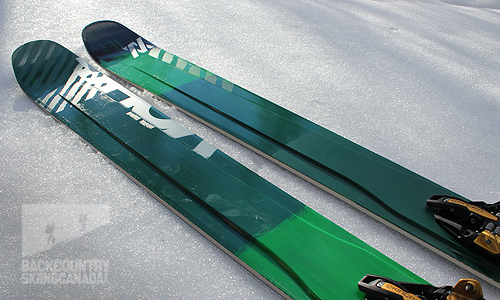 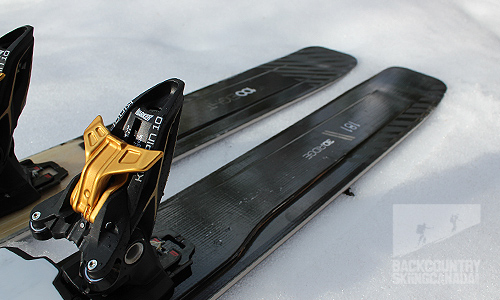 This is one fun ski, period. If you like lots of snap and the ability to link up turn after turn, the Volkl 100Eight Skis might be for you. They can also lay down long GS turns and hold an edge like nobody’s business. In variable snow conditions, their added weight allows them to plow through crud and remain solid even in challenging terrain. I even took the 100Eights down a few bump runs to see what they could do; And while they aren’t the softest ski I’ve ridden, they maneuver well given their turn radius.

Since both the Volkl V-Werk Katana Skis (that we reviewed over here) and the 100Eight’s share the same 3D.Ridge design and both have carbon in their layup (albeit substantially more in the V-Werks), I guess you could say that these skis are pretty similar. However, compared to the Volkl V-Werk Katana Skis (that we reviewed over here) the 100Eight’s are 260g heavier and 4mm thinner underfoot with 8mm less width at the tail. They also ski considerably different. The V-Werk Katana’s are much stiffer and less forgiving. They don’t have as much pop as the 100Eight Skis, and are much more conservative. Don’t get me wrong, the V-Werk Katana is still one of my favourite skis I’ve ever tested. It’s just that the 100Eight’s seem far more playful and responsive.

Given the 100Eight Skis’ $799 price tag, I’d consider these the poor man’s V-Werks. The 100Eight’s are designed more for the resort than the backcountry, but if you don’t mind a little added weight you’ll love them! 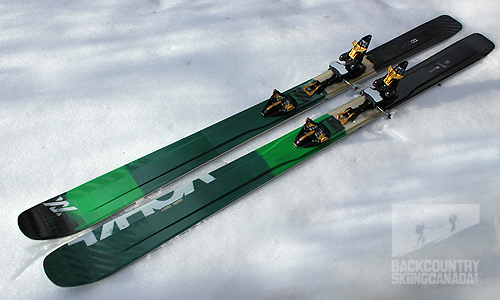