This season Voile introduced the X7 Skis; which are essentially the X9 on a diet. The X7’s are a directional, twin, freeride/powder ski with a hybrid rocker profile (that’s rocker-camber-rocker). With a 105mm waist width, the X7’s are considerably thinner than the X9’s, which taper into 120mm underfoot. They’re also thinner in the tip and tail with overall dimensions of 131/105/121mm, as opposed to the X9’s 144/120/135 shape. With these slender dimensions, the X7 Skis are a reasonable 3.35kg, compared to the the heavier X9’s; weighing in at 3.69kg. Their lighter weight is appealing when trekking up the skin track in the backcountry. The X7’s slimmer dimensions also make them more responsive than the X9, improving the speed of edge to edge weight transfer on hard-packed snow. 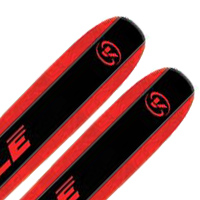 While the X7 Skis are designed with a fairly aggressive rise in the tip and tail, they are not considered a true twin tip ski. That being said, they are still fit for park play if the notion should grab you. There’s just enough camber underfoot to make carving a breeze; their aspen core providing additional spring in your turns. The combination of carbon fibreglass and triaxial fibreglass laminates help stabilize the ski and reduce torsion forces, which is very important at high speeds.

The early rise tips ensure float over variable snow conditions and powder alike. The taper in the tip and tail are gradual; facilitating a hook-free, smooth, consistent feel, and complementing the ski’s weight reduction properties. 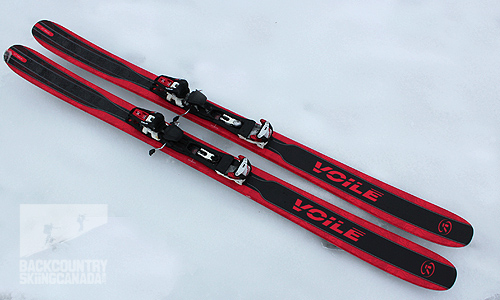 Voile's Hybrid Rocker involves early rise in the tips and tails (hard to tell which is which) and generous amounts of camber underfoot. 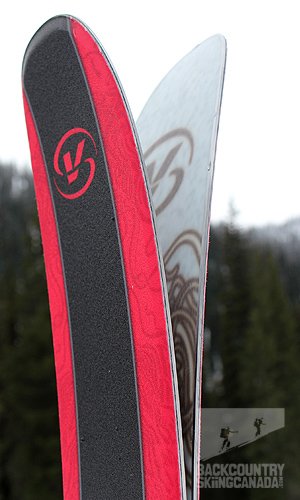 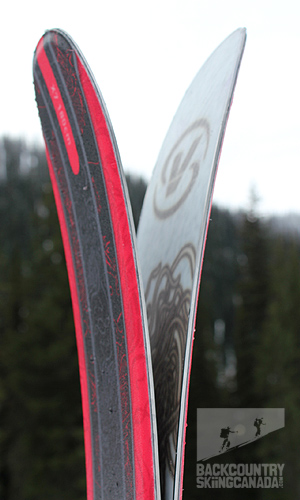 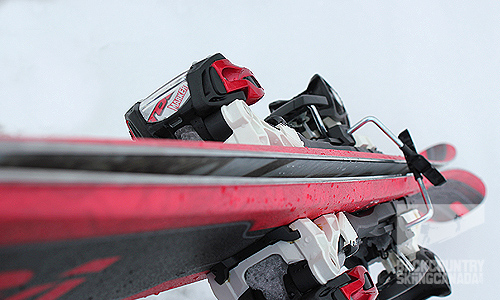 The tips and tails both have lots of early rise for having fun or riding the park. 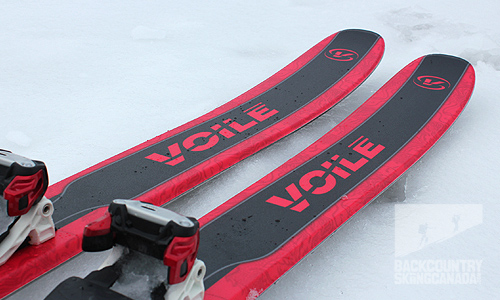 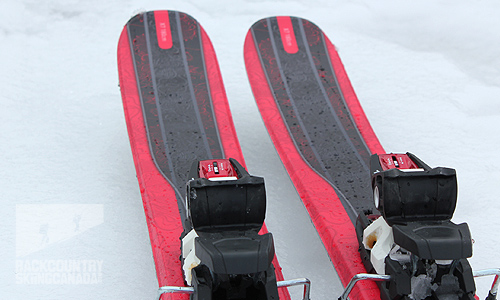 Like all Voile skis, cap construction gives them great torsional rigidity and durability. 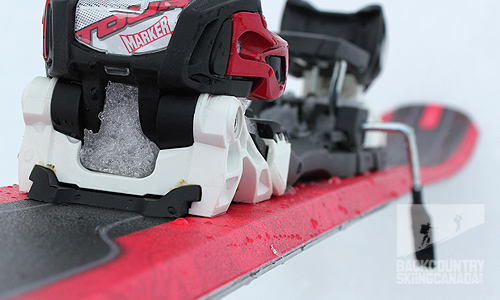 Like all Voile skis we’ve previously reviewed, the X7 is a fun ski. Voile has mastered the reasonably priced, rock solid, reliable, all-round ski. They did this initially with the Voile Chargers, then the Voile V6 and of course the Voile V8 skis. Each ski has its own personality and preferred terrain, but they all provide the same great stable skiing experience. Some are shapelier, like the V8, but they all sit around the three and a half kilo weight mark; which is neither super light, nor super heavy. For these reasons they consistently score well in our reviews, the Voile V6 having the highest ranking to date (that’s one super fun ski!).

When the Voile X7 Skis arrived this winter I was really excited to see what they had come up with. I put the X7’s through their paces at Whitewater Ski Resort; lapping groomers, ripping pow runs, and spending some serious time on the skin track just out-of-bounds. The X7’s, like their predecessors, hit all the right numbers: 105 under foot, 3 kilos in weight, 180cm in length, with hybrid rocker. Being a skier in his mid 40’s, I am no longer going to ski switch or hit the park (I’ll leave that you younger skiers out there). I just want a solid ski that’s light for touring and can effectively handle variable snow conditions. The X7 fits the bill, but I just couldn’t get past the overly generous rocker on the tail end: It made the ski feel shorter than it really was, given its true snow contact length. The turns weren’t as crisp as I would have liked, and overall the ski just wasn’t as solid as other voile skis I’ve reviewed. After all, it’s pretty hard to compare the X7 ski to the V6 or V8. That being said, I don’t think they were going for similarity; The X7 is its own ski and it’s not really designed for a mid 40 backcountry skier that’s grown out of jibbing and hucking his meat, if you will.

If a twin-tip ski is your thang, then by all means give the Voile X7 a go: it’s a solid, fun ski, just not what I prefer. Think of it as the V6's playful cousin with a shorter running length and a tapered design; they’re surfy in powder, making you feel like a kid again. I suppose this reviewer’s just stuck on acting his age.