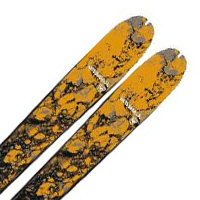 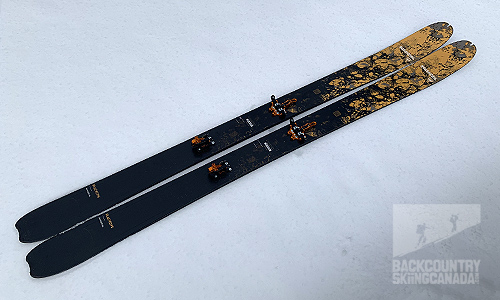 The Blackops Alpineer 96 uses what Rossignol calls their ‘Powder Rocker’ which means they have rocker in the tips and tails and camber underfoot. While the rocker in the tails is very subtle and has no more than a slight upturn on the last few inches of the ski, the rocker found in the tips is quite pronounced and progressive. Like their predecessors, the Soul 7’s, these skis have a very noticeable tip rocker which is ideal for skiing in deep snow and busting through chop and broken snow. Underfoot the aggressive camber provides the Blackops Alpineer 96’s with considerable pop from turn to turn. 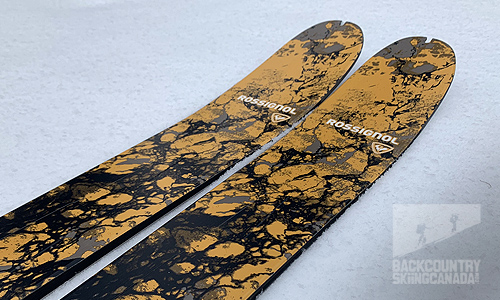 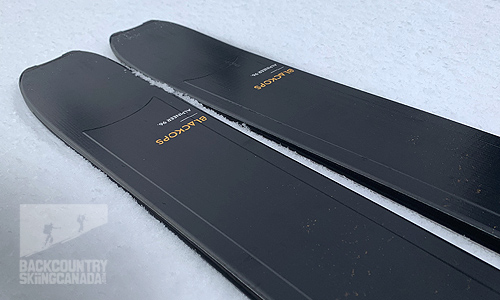 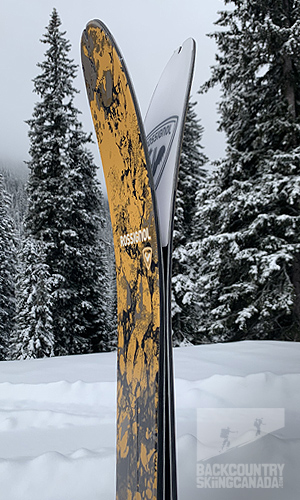 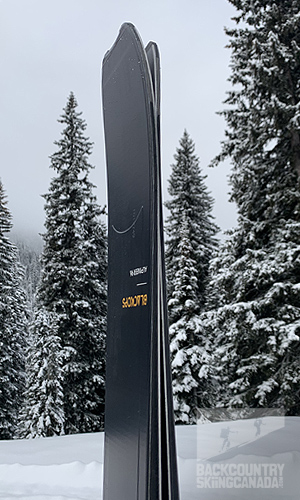 To minimize weight, Rossignol has used Paulownia wood and Microcell Foam to create a lightweight core for efficient uphill touring and downhill performance. Since the Blackops Alpineer 96 Skis have 10mm more width in the waist (technical 12mm as the 185 length skis are 98 underfoot even though the other lengths are 96mm) this wider version is more adept at skiing deeper snowpacks and are more versatile in tough conditions while not adding any noticeable weight.

Rossignol has purposely placed most of the ski’s mass in the centre of the ski, underfoot to lighten the swing weight and maximize control and power beneath the skier's feet. The ski's tips are filled with air in what Rossignol calls their (aptly enough) ‘Air Tip’ design, this provides improved manoeuvrability and turn control which makes them more versatile and easier to ski. In addition to this, Rossignol’s exclusive ABS Beam construction keeps the construction light yet durable without sacrificing power or performance. This is all contained within a semi cap construction, with sidewalls underfoot and caps at the tips and tails for added durability and weight reduction 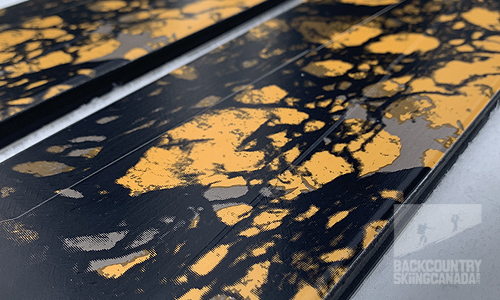 On both the tips and tails of the Blackops Alpineer 96 Skis, there is a skin notch to securely fasten your skins. While you don’t need to purchase Rossignol's pre-cut skins it does help as they fit the custom cut skin notch on the ski's tips. I was able to test these skis with the more conventional tip and tail connectors found on the G3 Minimist Skins. 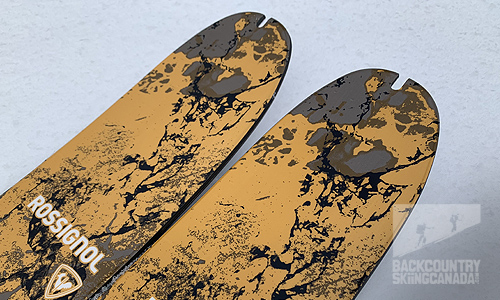 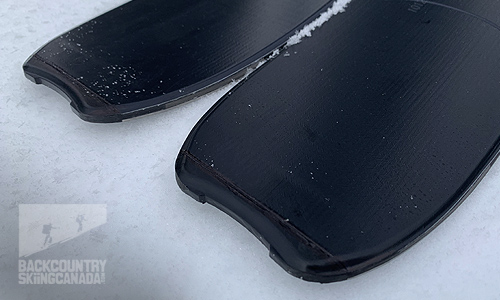 To keep the Blackops Alpineer 96 set up super like, we mounted the skis with Plum’s new OAZO Bindings, you can read that review here. 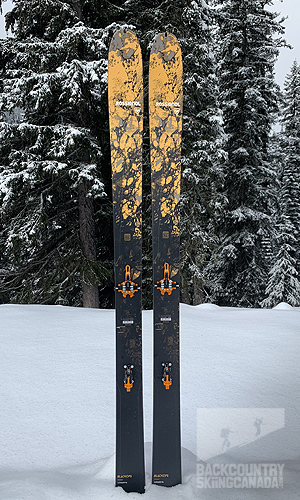 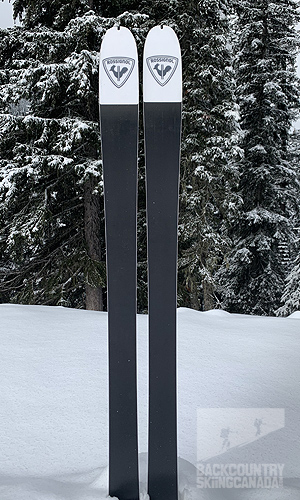 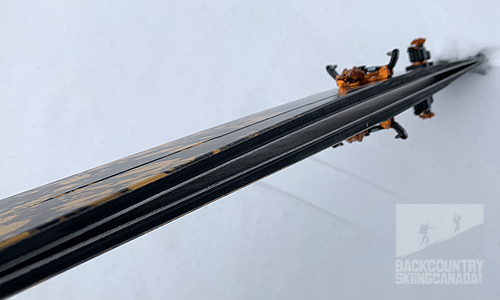 Rossignol’s new Blackops skis replace the much revered Soul 7 skis which I regrettably never had the chance to ski so I can’t comment on their similarities to the new Blackops Alpineer 96 Skis. Rossignol has said, however, that the Soul 7 was known for its manoeuvrability and soft snow prowess, but that the brand wanted to evolve this ski to be more powerful and stable which is what lead to the creation of the new Blackops collection. However, having reviewed the Blackops Sender Skis I can tell you that the same DNA found in the Sender Skis is contained within the new Blackops Alpineer 96 Skis. Just think of them as the little brother to the Blackops Sender’s and much more touring orientated.

The Blackops Alpineer 96’s skied surprisingly well in pow considering how narrow they are relative to other skis I’ve reviewed—which are generally in the 100cm+ category. This is thanks to that Soul 7 inspired aggressive rocker upfront that is super progressive so the tips float really well no matter how deep the snow is.

I focused much of my review time on these skis in the backcountry (since that’s what they are made for) so I can’t say with confidence how they perform on groomers but the time I did have with them on firmer snow they seemed to hold an edge well and turn initiation was easy thanks to their generous camber underfoot.

Where I did notice that these skis had to work a little hard (like most lightweight skis) was in the chunder and refrozen or variable snow. The Blackops Alpineer 96’s were easily deflected as they did not possess the mass to power through more challenging conditions—this is a super light ski after all! A wider shovel would have helped compensate for their narrow 98mm waist as this would provide the added surface area and mass needed to aggressively push through obstacles and improve floatas well. This would,  however, also weigh them down a little more.

Due to their light 2.4kg / 5.3lb weight, the Blackops Alpineer 96 Skis were a pleasure to climb with, light and relatively effortless on the skin track when compared to a lot of other AT skis reviewed. The black top sheet design did attract a lot of solar energy, however, and this would cause any snow build-up to melt and further facilitated more snow to accumulate before the entire mess either turned to heavy mush or refrozen ice.

On the tips of the Blackops Alpineer 96’s the Skin notch is a nice touch and made for custom cut Rossignol skins but traditional skins still work well with my testing as I was not sent a pair of the made-to-fit skins.

Overall, this was one fun touring ski, a little less confident on groomers and variable snow but you have to remember that this is one of the lightest skis we’ve reviewed. At only 98mm underfoot it packs more punch for its weight class in deep pow than you’d expect and makes you smile on both the up and down.