Lightweight, dedicated touring skis are a staple in most ski brand line-ups these days, and Fischer is no exception. The Hannibal 100 Skis provide 100mm underfoot (as the name suggests) in a 1500 gram ski. That’s a seriously good surface area to weight ratio. The Hannibal 100 Skis are built for climbing and skiing in deep snow. A Paulownia wood core is used along with carbon fibre stringers and a Titanal laminate to keep weight down, while a moderate rise in the tip lets the ski float over chunder and tear up powder with ease. The flat tail in the back finishes turns off nicely and provides a secure attachment point for skins. 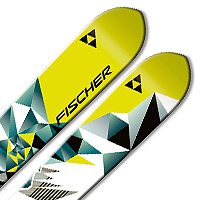 The Hannibal 100 Skis use Fischer’s “Tour Rocker” shape, as they call it. This essentially means generous camber under foot, early rise tip, and a relatively flat tail which provides float in deep snow and snappy turns on firm snow. On the technology side, the Fischer Hannibal 100 Ski utilizes an ‘Aeroshape Design’ along with ‘Air Tec Ti’ technology to trim weight without sacrificing skiing quality or stiffness. While both terms sound fairly complicated, they are really quite simple in nature.

Ideal ski dimensions are found on the Hannibal 100's with their distinctive aeroshape design. 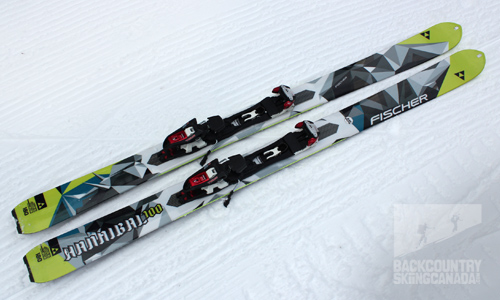 Air Tec Ti:
Originally hailing from Fischer’s nordic skis, this technology reduces the core weight by a reported 25% when compared to a traditional ski, without affecting flex or torsion. Offset milling in the Paulownia wood core is combined with titanium reinforcement to achieve weight savings while maintaining a balanced flex and an optimized weight-torsion ratio.

Aeroshape Design:
The profile of the Fischer Hannibal 100 Ski is rounded at the edges creating a top sheet that is spherical in nature from edge to edge. This provides a typical amount of mass in the centre of the ski, and substantially less at the edges and tips/tails. This reduced mass minimizes weight and is said to increases torsional strength. 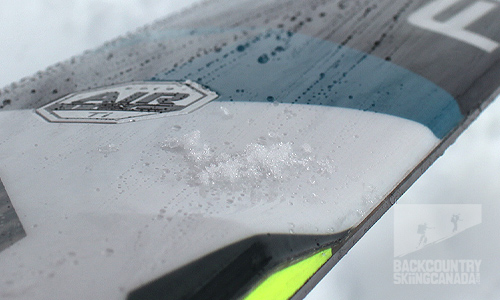 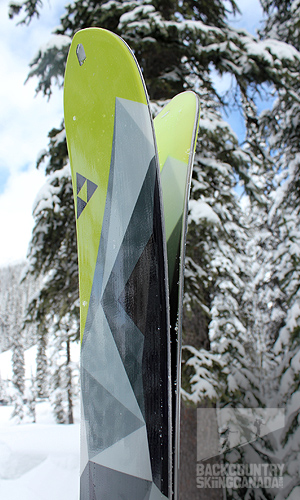 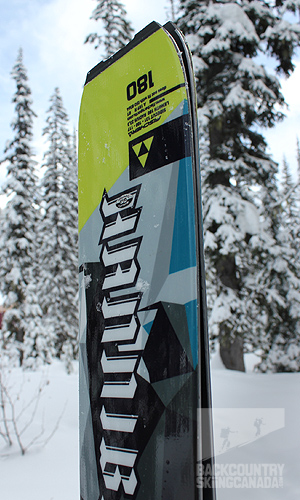 The tips and tails each with some early rise, the tips sporting considerably more. 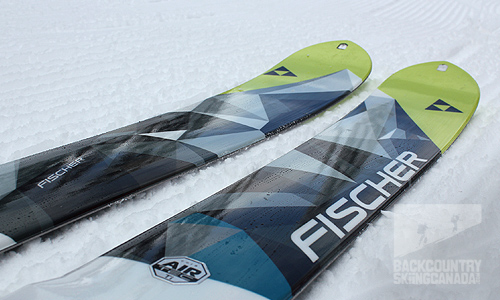 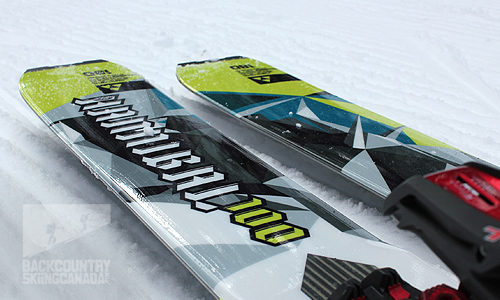 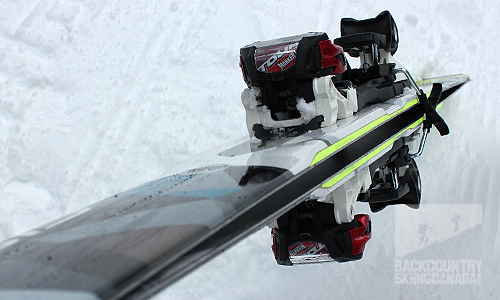 The Fischer Hannibal 100 Skis are designed for ski touring, plain and simple. They’re not meant to be a quiver killer ski that can tackle any and all conditions at the resort. Here at Backcountry Skiing Canada we test each and every ski in as many conditions as we can find, and the Hannibal’s were no exception. This winter brought plenty of backcountry pow as well as some high pressure resort days, and I skied the Hannibals through them all. The hard pack resort runs were not the terrain of choice for this ski, but they did do an admirable job on soft groomers. They were, however, challenged by hard pack and icy conditions. Not having enough mass to really bite into firm snow, the Hannibal 100s felt a little lax in torsional stability, so edge hold suffered. But to be fair, these skis were not designed for this terrain or snow condition.

Tip chatter was an issue due to their ‘Tour Rocker’ shape. I also found it tough to really lay the ski on edge and rail a turn. Edging was more successful in softer snow than in firm. Generous amounts of camber made turns easy to initiate. I was able to pop from one turn to another with ease, and the flat tails finish turns nicely.

Thanks to the 100mm underfoot, the Hannibals handled crud surprisingly well (given their light weight). In deeper powder, the Hannibals were more at home. However, I did find the flex a little softer than this reviewer would have liked, and I ended up in the front seat and in danger of kissing my tips on occasion. On one deep day in particular, on White Queen just outside Whitewater Ski Resort, I did experience a full double eject from the Hannibals when a compression caught me off guard. (The 20cm of consolidated pow and gravity contributed to this as well). The Hannibal 100s are softer in the tips than most skis I am used to running, so I had to modify my stance in order to compensate, and avoid additional face planting.

Overall, the Fischer Hannibal 100 Skis are for those who want the upper end of ‘light is right’ and prefer a softer flex ski for those deep, deep days. While these skis can get you down anything, I would not qualify them as chargers (unless you are talking about the up-track). The Fischer Hannibal skis also come in a 94 width: just over 200 grams lighter per ski than the Hannibal 100s, measure in at 170, 177 and 184cm lengths, with dimensions of 126-94-112. I reviewed the Hannibal 100 Skis with the Fischer ProFoils which are not your average climbing skin. Check out that review over here.