The one-quiver ski is a myth if you’re looking for ultimate performance in any condition. Ski manufacturers tailor skis to specific snow conditions, select multi-functional technology for their designs, or usually do a bit of both. Obviously, most folks don’t own five pairs, so they’re left optimizing shapes and constructions to the types of snow and the type of skiing they prefer (which is why everyone has at least one fat-fat powder ski). That being said, there are high performing skis and versatile shapes on the market which can kill several birds in your quiver. The Agent Series by FACTION have several characteristics that make them highly functional in several categories. Tackling the stability versus lightness dilemma with carbon fibre and Karuba, the Agent 2.0X provide stiff, light and smooth skiing at an all-mountain waist and progressive camber profile. 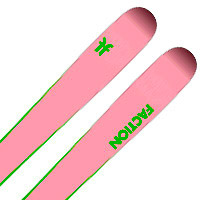 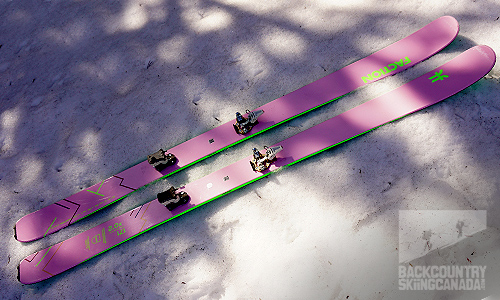 The Agent Series are new to FACTION for the 2019-2020 season - the lineup includes a 1.0, 1.0X, 2.0, and 2.0X. Like other FACTION skis, the 1.0 and 2.0 correspond to the dimensions underfoot and the ‘X’ designates a women’s model. Since women’s specific skis often feature a more forward mounting point and softer materials, it’s worth noting that X models and their counterparts are identically constructed - the only differences are the available lengths and top sheet colours; the Agent 2.0X is just as aggressive, stiff and stable as the Agent 2.0. 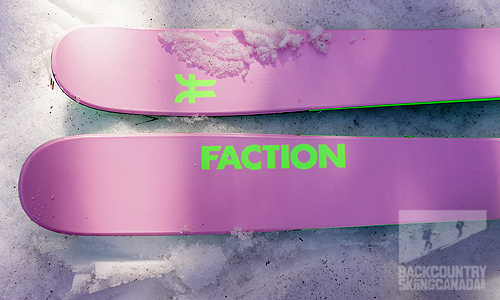 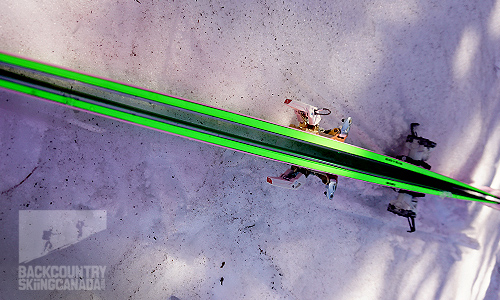 The Agent series are backcountry specific designs with the 1.0/1.0X at 86mm underfoot and the 2.0/2.0X at 96mm. The 2.0/2.0X also have slightly more tip and tail rocker, but aside from the width of the ski have almost identical specs. Both designs have the freeride flat tail shape, elliptical radius sidecut, full strength sidewalls, XL 2.5mm edges and traditional camber underfoot. 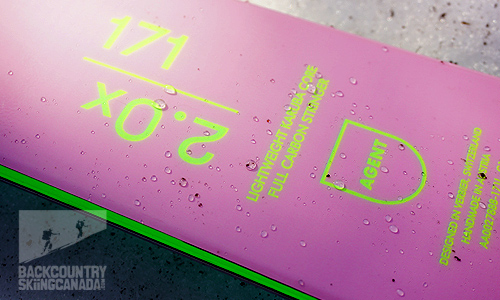 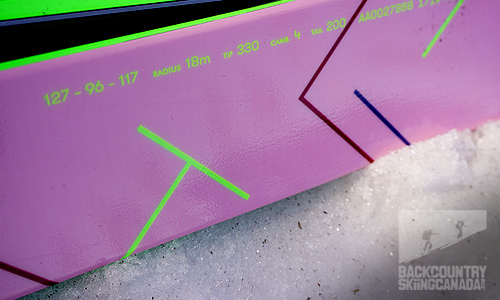 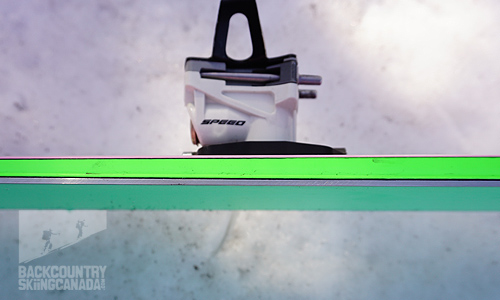 The Agents are constructed of Karuba, (also known as Paulownia, a smaller-grain, lightweight wood) with carbon laminate stringers. Due to its tendency to buckle under torsional stress, carbon laminates often cause excessive chatter - hence the downside of too much carbon in a ski. The Agent’s thicker construction and Karuba core do a great job of dampening and contribute to the overall stability of the 2.0X, while keeping the weight highly competitive with other brand’s backcountry models. The Agents are given a flex rating of 7/10, by FACTION (their current models range anywhere from 6/10 to 9/10).

The tip and tail closeup below shows off the skin clip integrated into the tail of the Agent 2.0X Skis as well as the generous rocker in the tip. 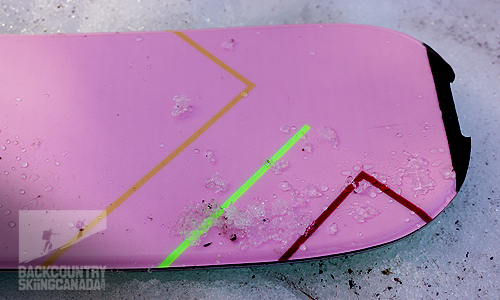 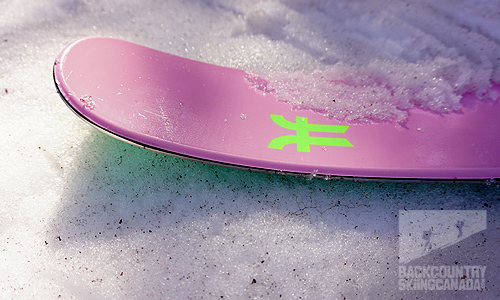 At 171cm, the Agent 2.0X measures 127-96-117 with an 18m turning radius and features 330mm, 4mm and 200mm of tip rocker, camber, and tail rocker respectively. The freeride flat tail construction is meant to provide stability and control at high speeds, and to prevent the tips from hooking up in choppy or heavy snow. Edge to edge transitions are smooth and controlled with the progressive mounting point FACTION uses in all of their ski models, which is slightly farther forward than typical in today’s market. Somewhat uncommon in touring specific designs, sidewall construction evenly distributes edge pressure and doesn’t seem to compromise torsional stiffness. Both the tip and tail are capped with a gloss high resistance top-sheet. A titanial binding plate adds structural integrity and additional stiffness underfoot. 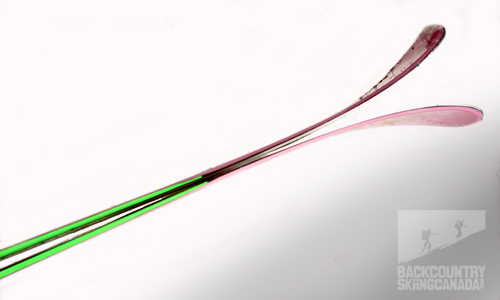 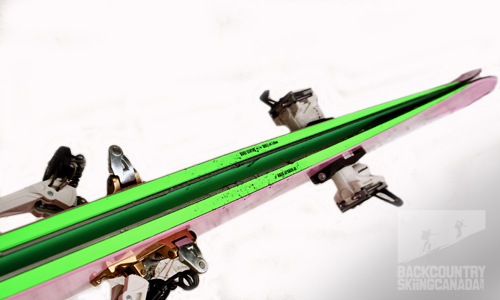 The Agent 2.0X’s are a game changer in the touring ski category for those who prefer stability and stiffness. Unlike many of their lightweight counterparts, the Agents can ski fast and aggressive without chatter and hold an edge like a downhill race ski. Although I didn't have the opportunity to ski them in deep powder given they were tested after the winter season wrapped up, they handled spring hardpack and corn exceptionally well. I normally ski in the 172-180 range, so testing them at 171cm put them a bit on the short side, however, all reservations went out the window upon discovering just how stable they were at speed. Edge grip was solid on firm snow up to 50 degrees and turn initiation very smooth. The bases held up really well despite skiing over cinder and the occasional rock encountered on volcano tours. Competing with G3 FINDr 86's, the Agents usually won unless I wasn’t focused on downhill performance (the FINDr 86's are about 300 grams less at 172cm, although the Agents remain in the ballpark for a high-end touring ski). I suspect their performance would drop off marginally in over-boot-top powder and chop due to the combination of less tip rocker and less flex than a powder specific ski. In all other conditions, I would consider them a highly versatile choice and a solid performer in firmer conditions. Hopefully, more lengths will be available after their initial run this season.