The DPS Alchemist Wailer 112RP2 is the natural evolution of the Wailer model. That may sound like hooey but we have reviewed two earlier iterations of the ski , so we know of what we speak. We started out with a Pure3 carbon version, and also rode the DPS Wailer 112 Tour1s. We also went beyond the Wailer program, shot a review video of the Lotus 120 and reviewed the Lotus 124 Tour1s.

The point is, we've skied many DPS boards and have seen how they've grown up into the current model. This iteration of the Wailer, with the "30% stiffer, 30% lighter" numbers, has managed to achieve the make-a-good-thing better prize. Not unlike the Scarpa Maestrale RS we have them paired within the backcountry. Continue on with the review and you'll see why. 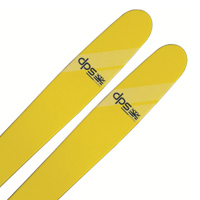 Simple skis, simple graphics. I believe the current model has a slightly "turned down" version of the banana yellow. Mounted with the Dynafit Speed 12, these are dedicated, high performance touring skis. Click on the arrow in the orange bar below for the full skinny. 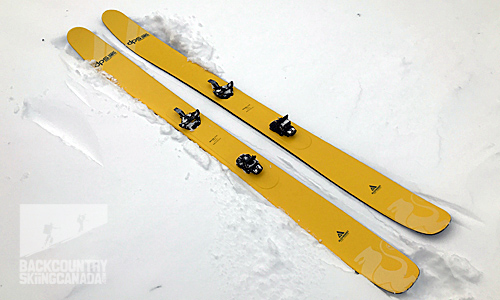 SHOW THE REST OF THE REVIEW / PHOTOS / VIDEOS
I can't really talk about the quality of these skis without mentioning the fact that they have been treated with the DPS Phantom Permanent Base Glide treatment. The skis have maintained their consistent glide throughout the season—including virtually all conditions (but ice). We discussed the Phantom program in a little more depth, here. To have the "special sauce" explained, look to the video below.

Just enough rocker on the tips to facilitate planing. Note the "Paddle Tech" sidecut. The widest part of the ski is just back from the DPS logo. This is also referred to as  5-point sidecut (pioneered by DPS engineers, BTW). Tails are stiff as heck—good news on the groomers or if conditions are a little dodgy. 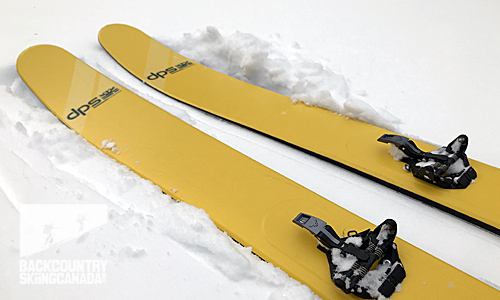 Not as extreme rocker-wise as some of the earlier Wailer models, the Alchemist sports 480 mm Rocker on the tip and 84 mm on the tails. The first Wailer we skied, without the RP2 designation, had a more pronounced rocker that, in hindsight, seems like overkill. 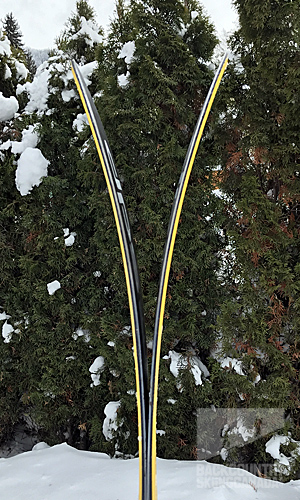 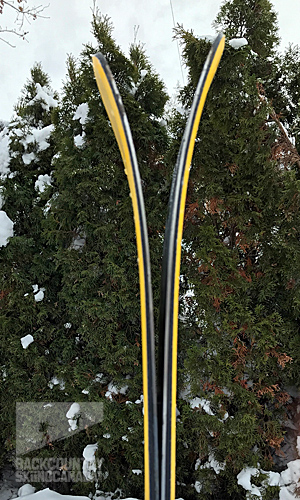 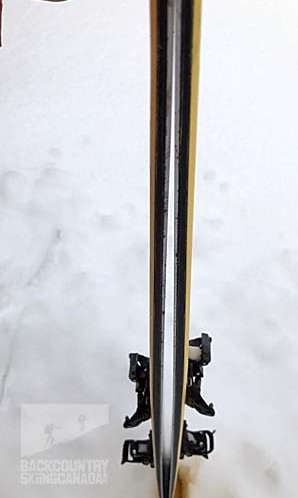 New in this year's model is the slightly raised mounting surface underfoot. This likely makes for a bomber binding-to-ski connection. 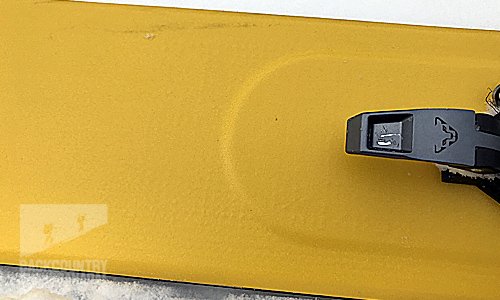 I just had to include this because it looks so sexy with the water droplets. Alchemist is "next-level, vibration-tuned aerospace grade carbon ski construction." 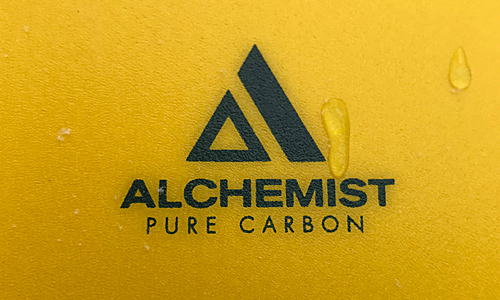 What goes up, must come down. The DPS Alchemist Wailer 112RP2 in the Whitewater Ski Resort backcountry. Paired with the Phantom Glide, these skis will take you just about anywhere. And chances are, you'll have a whack of fun along the way. 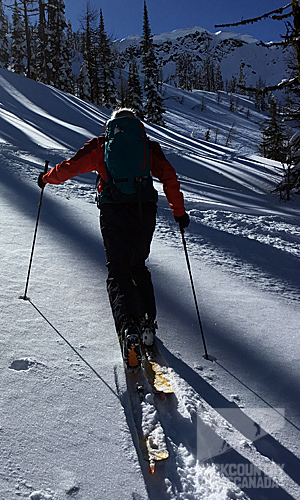 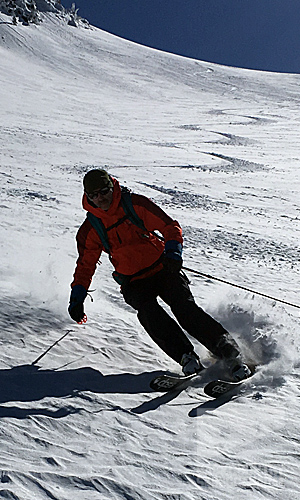 The DPS folks have positioned the Wailer Alchemist 112RP2 as more of an all-around ski than its predecessors. The brand is also making more carving and all-mountain skis than ever. This may be because they are keen to capture a bit of the mass market who ski on mixed conditions (smart move if DPS wants to sell more skis). In truth, there's only a small sliver of us living in backwater ski towns who enjoy skiing powder most of the time.

But I digress... I think the Alchemist’s carbon construction makes for a less "floppy" ski at speeds than the earlier Pure3 version. Also contributing to this is the RP2 shape and a less pronounced rocker profile. Compared with the Tour1 construction (which is insanely light at 1550g per ski), Alchemists deliver more "all-conditions" confidence because they are a stiffer ski.

This ski works very well at getting you up on a plane quickly and with little effort. That may be the key to the ski’s fun factor. Call it playful, quick turning or whatever, this ski makes you ski better and feel like a kid again. That’s admittedly not very technical talk but it’s the first thing that comes to mind when I think of the skis. And isn’t that what we all after—a giant sweet spot?

I also skied groomers for a day with my buddy with an exploded knee. They work very well at speed and allow for carving the corduroy. I didn’t sample any icy conditions (because there weren’t any). I would, and have, strongly recommend this ski for anyone who loves to ski tour and hits the resort every now and then.

The Phantom Permanent Base Glide Treatment also gets three thumbs up. After a season-long test, my skis have maintained their remarkable glide (even after a 10K somewhat sticky and flat ski-out from a tour in the Bonnington Range yesterday).