Burton has done it again, offering us another slippery stick designed for both speed and control in big terrain. The Family Tree Straight Chuter Camber Splitboard is built for expert-level riders who like big steep lines and hard-charging. A directional board with a nose built for powder and a hard-riding personality, the Burton Straight Chuter is a big-gun-inspired weapon of mass powder destruction. 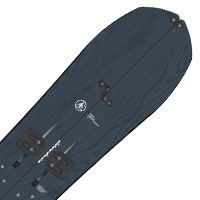 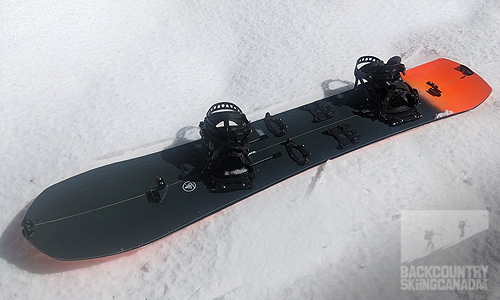 SHOW THE REST OF THE REVIEW / PHOTOS / VIDEOS
As this is the split version of the Straight Chuter Camber board, the focus is more on powder as it offers slightly less versatility than its solid twin. That said, the two versions offer all the same tech and ride feel, this one will just feel a bit more awkward if one was to try to get on rails in the park. 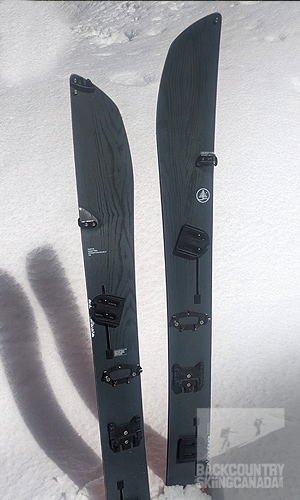 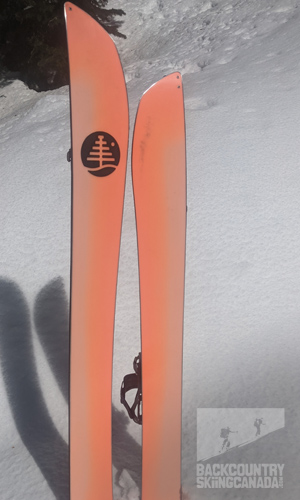 The Freeride Directional Shape offers a twin freestyle stance when riding flat on the base while feeling more like a directional deck when up on edge. This is done with setback camber and sidecut that is centred on your stance, and an 18mm taper in the nose. All this contributes to a powerful ride feel while remaining playful and quick to turn. 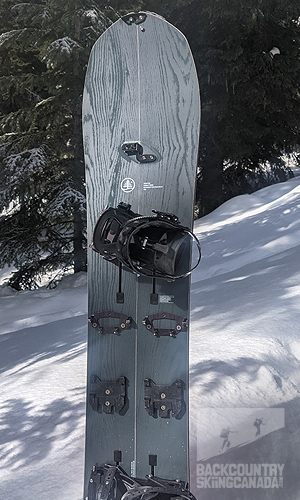 A Directional Camber Bend keeps camber underfoot and puts a rockered nose upfront. Directional Flex increases pop in the tail and offers a more resilient nose. The result is effortless floatation, and stability and control in a variety of terrain and conditions. 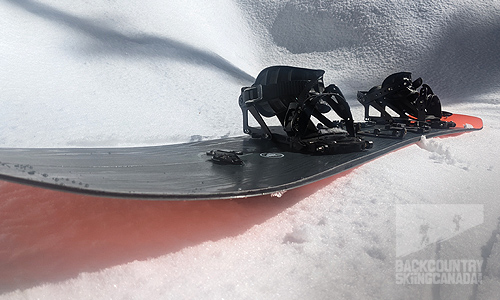 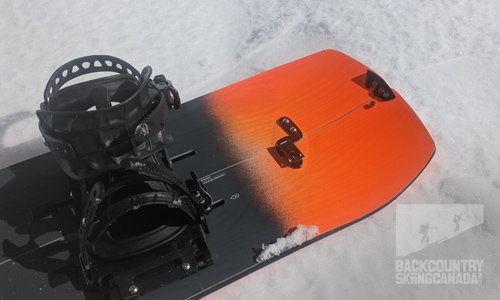 A full tip-to-tail carbon layer reduces weight and fine-tunes the torsional feel and carbon strands give the deck a little extra life. This is part of the 45º Carbon Highlights High Voltage Fibreglass build that optimizes each layer of the fibreglass matrix.

Burton found that traditional epoxy resin was a significant contributor to the environmental impact of each snowboard so they started looking for alternatives. The result of the search is Super Sap, an epoxy formulated with bio-based ingredients that results in a carbon footprint reduction of one-third. 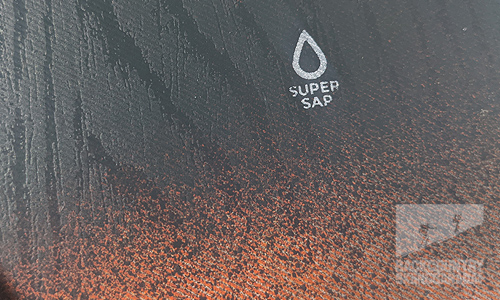 The WFO Base is infused with specially formulated wax. The extra-absorbent base soaks this wax deep into the pores. Made with high-density recycled sintered materials, this is Burton's second fastest base and is designed to be extra durable.
Last but not least, The Channel Board Mount system offers more adjustment than the typical pre-drilled holes. This Burton exclusive system is compatible with all major bindings. 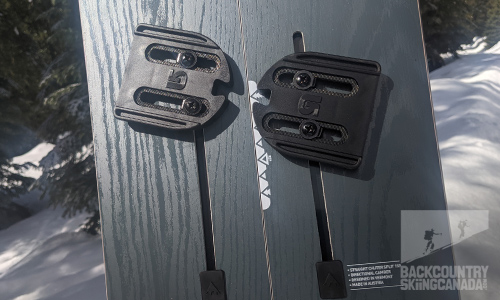 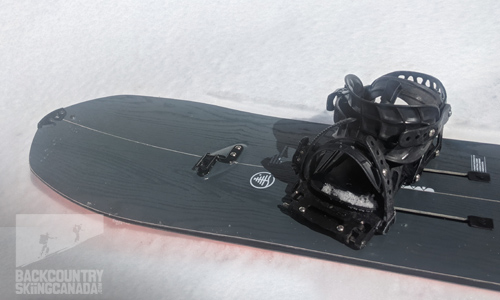 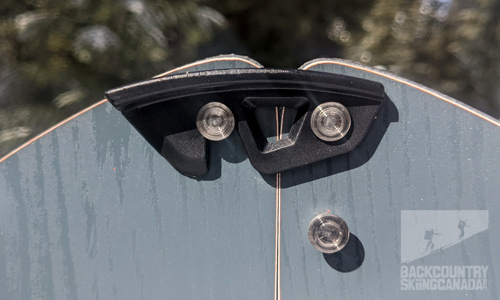 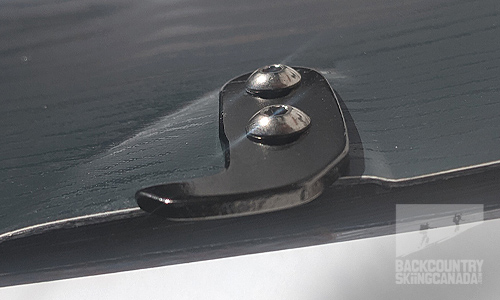 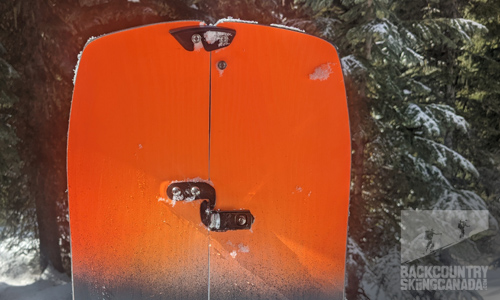 Having first tried out the solid version of the Straight Chuter Camber board, I was pleasantly surprised to find that the ride feel was identical. We won't waste time playing ‘the chicken or the egg’, what's important is how it performs, and I’m confident in saying that this split is as close to the solid version as a split can be. With that said, this verdict is a little shorter so if you find yourself wanting a bit more, be sure to check out that review!

Softer flex in the big nose lends itself to a playful feel in powder but is not so soft that it chatters when ripping hardpack and chop. Stability and speed as well as a surfy fun character means this board offers quite a bit of versatility for an advanced rider. While first testing out the solid Straight Chuter Camber board I had been expecting a hard-charging aggressive ride but was surprised that washed-out turns and surfy slashes were more what the board wanted to do, so when I jumped on the split I knew what to expect. The Straight Chuter Camber Splitboard is fun and playful, but reliable and stable underfoot at speed and through variable conditions.

I’ve said before that the ease and limitless adjustment of The Channel Board Mount system is unparalleled. I’ve waxed on about this system before in other reviews (the Burton Hometown Hero for example), so I won’t dive into details, but you can be sure that the Channel System offers the greatest range of stance adjustment of any system; simply get yourself a set of Channel System pucks and you can slide on a number of different brands of splitboard binding.

Bottom line? If you're an advanced rider looking for a versatile board with a powder focus, look no further.