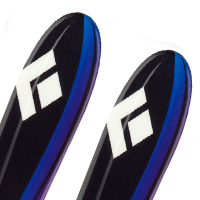 To be light and yet still strong is the ambition of any backcountry skier - light on the up and strong on the down. This is also the mantra of the new Drift ski from Black Diamond which is part of their Efficient line. The Drift is based on the Verdict ski, difference being that the Drift is almost 2 lbs lighter and built specifically for the backcountry. The Black Diamond Drift is the widest ski in the BD Efficient Series at 100 mm underfoot. This girth provides good float in the pow and combined with an ample sidecut of 138/100/123 allows for easy carving. The soft flex makes them forgiving and fun in the powder, however, if you are a hardcore shredder then these may be on the soft side for you. This is a mens specific ski with the woman's equivalent being the Scarlet ski - same proportions just different flavoured. 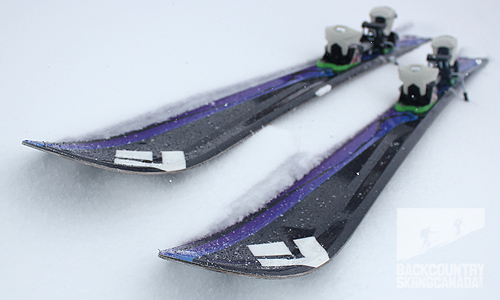 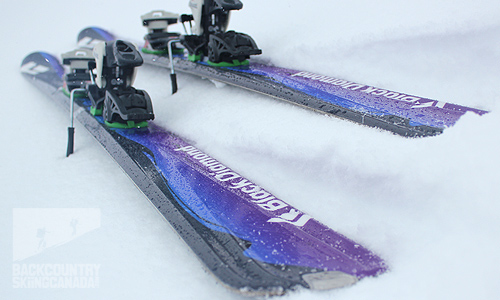 The Drift's Early rise tip makes these babies float in the powder as well as making crud busting an easy chore. Built for the backcountry, these sticks work well in bounds but they are a little too soft for resort skiing full-time–they are not a bull dozer in the chop. The flat tail design allows for mountaineering utility (boot-packing anchors) and an integrated tail skin attachment clip built for BD skins but they also accommodate a variety of other skins quite easily. 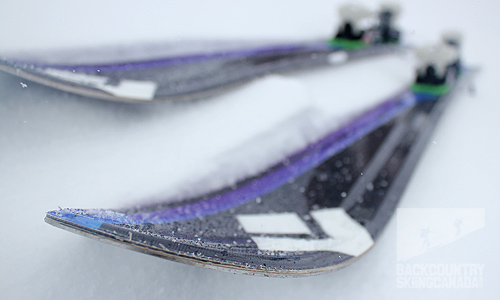 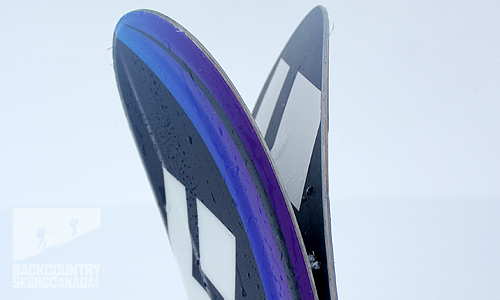 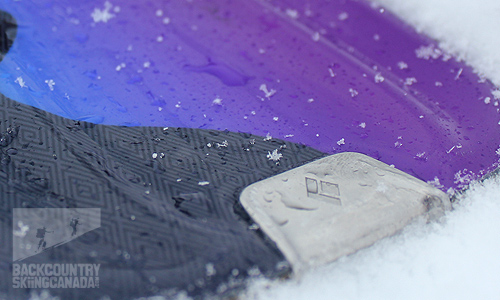 The goal of Black Diamonds Efficient series skis is to reduce as much weight as possible with out sacrificing the skis integrity. To do this a paulownia wood core with carbon fibre reinforcements is used to save on weight.

From here it all gets a little geeky but I will try to keep it light… The Drifts use a torsion box construction and skis over 95mm width have three built in ribs (or what BD calls their formula one technology) which helps controls torsional resistance and transfer energy over the length of the ski edge. This also allows for a ski that is not flat on top and hence less material is used and as we all know less material = less weight. The formula one technology wraps the core in fibreglass at orientations of 45 degree like a burrito which again increase torsional power. Under this add in lightweight carbon fibre reinforcements and finish it off with the lightweight paulownia wood core which has the strength of poplar but the weight of balsa wood (it's also fast growing and renewable). Rubber is used throughout the ski (mostly underfoot and over the edges) to dampen and smooth the ski for a less chattery ride. Combine all this with a 'Racing Edge' which is essentially a thin profile edge that saves about 80 grams per pair and you have achieved 'strong but light' nirvana. 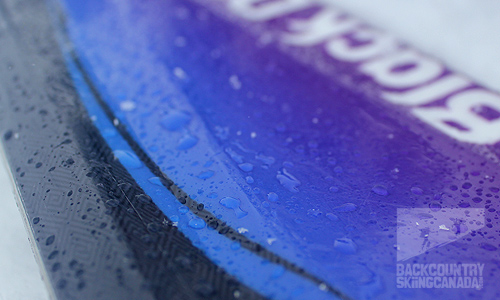 We mounted the Black Diamond Drifts with the Fritschi Diamir Eagle bindings which recently won the Backcountry Magazine - Editor's Choice Award for 2010 (Black Diamond does not manufacture these bindings but they do distribute them). The Eagles feature 'Diamir Gliding Technology' which places the pivot point on the toe piece 23mm behind the toe of your boot combined with the moving baseplate allows you to raise your foot until it is completely perpendicular to the ski which results in a more natural stride when skinning. The Fritschi Diamir Eagle Bindings are 2kg or 4lb 7oz which shaves a mere .2kg or 1oz from the weight of the Fritschi Diamir Freeride Pro bindings. The other main differences between the Freeride Pro and Eagles are that the Eagles have a DIN setting range of 3-10 and not 4-12 as with the Freeride Pro's and the price point is $50US cheaper than the Freeride Pro's. The Fritschi Diamir Freeride Pro do incorporate the new Power Transmission Control (PTC) technology. This is touted as improving transmission of power from the binding to the ski by using a wide and torsion-resistant PTC front plate, which is further reinforced by a bridge. With its stabilizing profile, the PTC plate at the rear is also supposed to transmit more power from the skier to the ski. I would hesitate to say that the Fritschi Diamir Eagle bindings are a more touring specific (less all round binging) when compared to the Freeride Pro's as the Eagle performed equally well in the backcountry as in bounds. 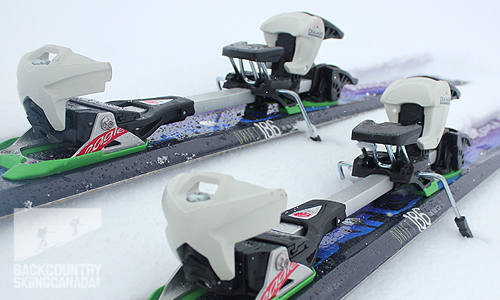 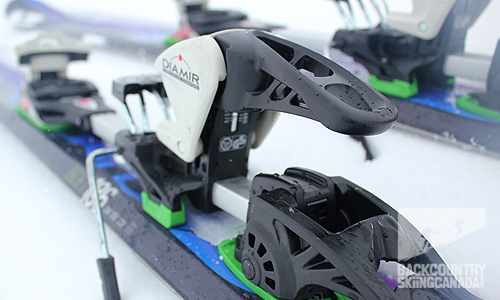 This is a lightweight ski that does not ski like a lightweight. With many design features built into the core of the Drift's they provide a smooth longitudinal flex while maximizing torsional stiffness thanks to their torsion box construction and good geometry. All this comes together to create a ski that is not chattery on the hard pack even with the early rise tip. The Drift is most at home in deep backcountry powder and on the skin track but also does a formidable job in the resort if needed.

We tested the Drift at powder central "Rogers Pass, BC" and found that it performed better than other skis of similar dimensions and blew away lesser fat skis in the 70cm of fresh and also on the up track, thanks to its light weight construction. The Black Diamond Drift is the ski of choice for deep backcountry days, no questions asked. 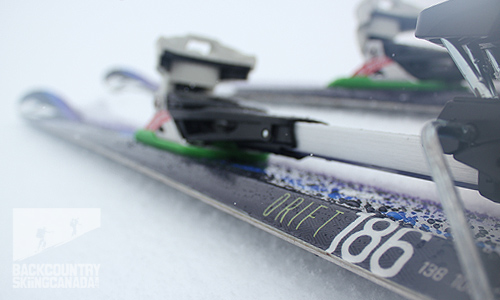 Nice and fat while still being light. Torsionally stiff cap construction, and perfectly at home in the backcountry powder.

Not a 'one ski does all' as it is made for backcountry powder.