In 2014, The effectiveness of avalanche airbags statistically confirmed the use of a avalanche airbag reduced the risk of critical burial from 47% to 20%. Although an airbag is not a proven solution to avoiding avalanche trauma, it will significantly decrease your chance of being fully buried and therefore increase the likelihood of survival. An airbag is no substitute for bad judgement or poor terrain choices, but it is a useful tool available to backcountry users. The first major brand to offer a cylinder deployed airbag was ABS. Developed by practical Germans, ABS systems utilizes cartridges full of compressed nitrogen which are mechanically punctured upon activation, inflating the airbag balloon. The BCA Float™ line functions the same way, but cylinders are designed with a removable cap, making them refillable anywhere compressed air is available (unlike ABS cylinders, which must be sent back to authorized ABS service centres). Other airbag brands are currently offering technologies that do not use compressed air, such as the JetForce, Voltair, and Alpride E1, but instead use a battery powered ventilator to fill the airbag balloon. While there are a variety of options currently on the market, most have the same two drawbacks - they are heavy and expensive. Backcountry Access sought to remedy this with their line of Float airbag packs - designing them to be lighter, better fitting and more affordable. 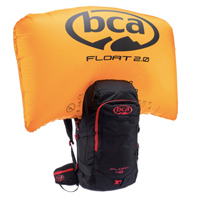 The BCA Float 42 Avalanche Airbag 2.0 (front and back) fits well and carries a hefty load. 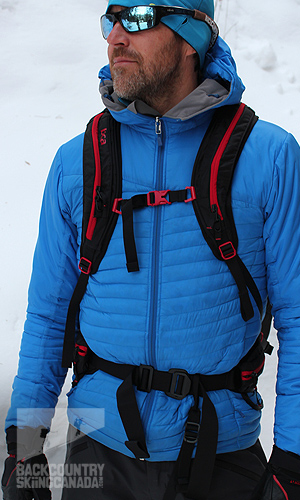 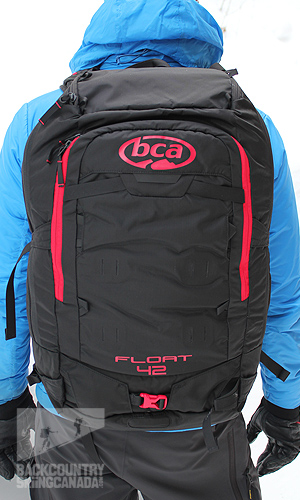 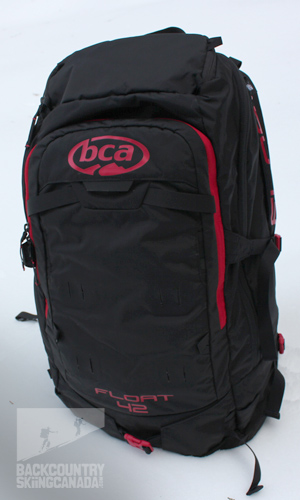 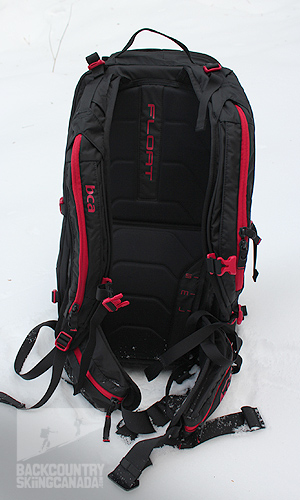 New to the Float line, the 2.0 packs use the 2.0 Air Cylinder, which is 30% smaller and 15-20% lighter than the original. The 2.0 Cylinder releases 2,800-3000 psi of compressed air in a few seconds and weighs only 1.3 pounds (590 grams) when full. The 2.0 Cylinder also comes with the consumer refill kit and is refillable at over 200+ locations worldwide for around $20US. The cylinder is installed inside the airbag compartment, accessible inside the main compartment of the Float 42, by attaching the valve and the trigger mechanism. 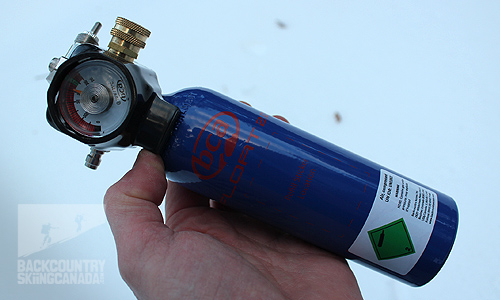 One of the design improvements on Float™ 2.0 packs is the cylinder is stored in airbag compartment and is easy to access from the main compartment via the zipper. The cylinder is mechanically opened when the activation trigger is pulled and the airbag deploys from the breakaway zipper compartment. After deployment, the airbag can be stowed and the compartment easily re-zipped. For more detailed installation instructions, click here. 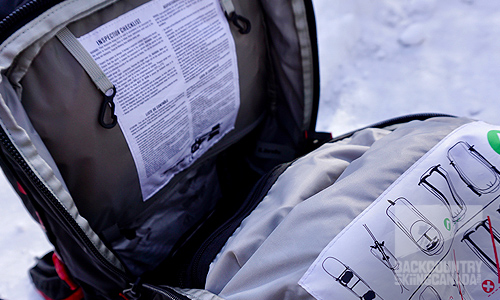 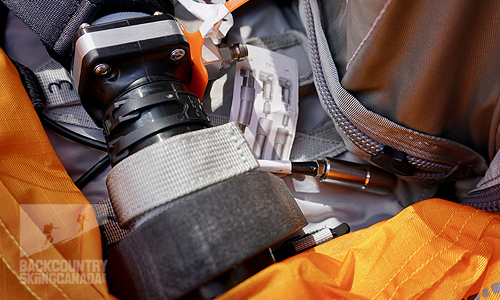 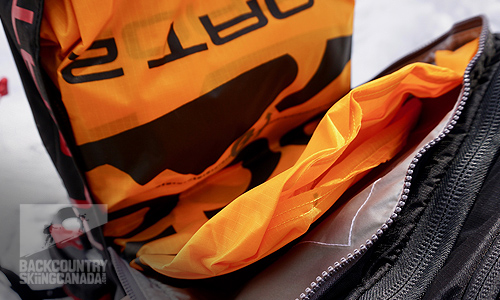 The Float 42 pack is full of user-friendly design features and stands alone as a great touring pack without the airbag system. The airbag and cylinder stay tucked away and don't restrict access to the main compartment, which expands to hold a genuine 42 litres of gear. The airbag and cylinder are also completely removable, which allows the pack to be used in a variety of conditions instead of exclusively avalanche terrain. Two mesh pockets on the inside store smaller items and a webbing loop is available for a BC Link Radio. 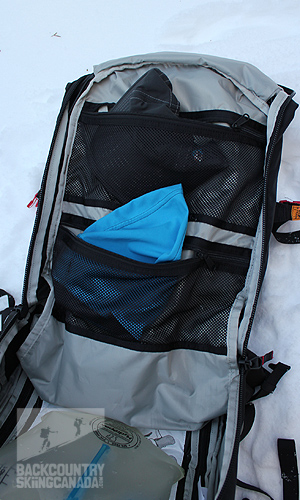 A single zipper accesses the lower half of the main compartment through the back panel or you can use the front dual zipper to open the bag up clam shell style. 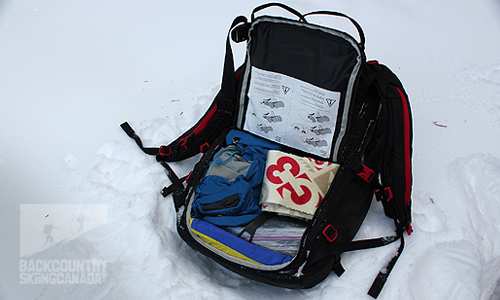 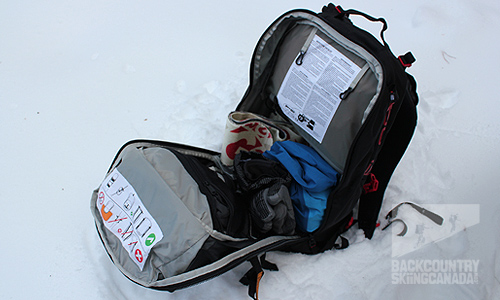 The avalanche tool compartment has a separate bright red double zipper and stores the standard compliment. 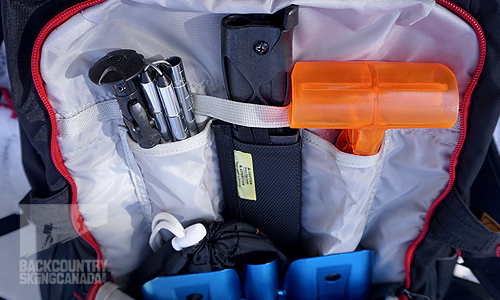 Both zippered hip belt pockets are spacious enough to hold a massive smartphone, and have webbing loops for clipping essentials. At the top of the pack, there is a spacious fleece lined goggle pocket to protect your delicate and expensive sunglasses or goggles. 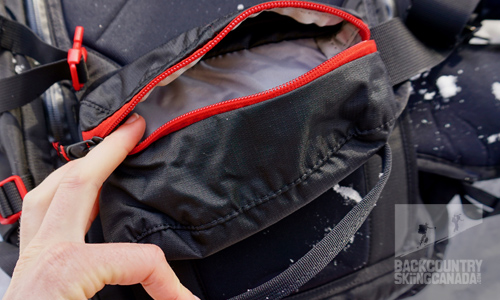 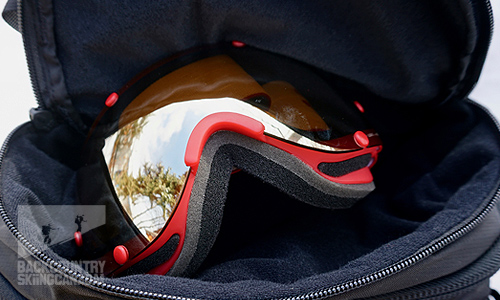 Both shoulder straps include double zippers which are hydration system compatible, integrate the BC Link Smart Mic and store the airbag trigger mechanism, which can be switched to either side based on user preference. 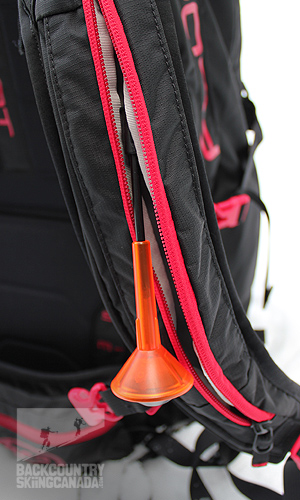 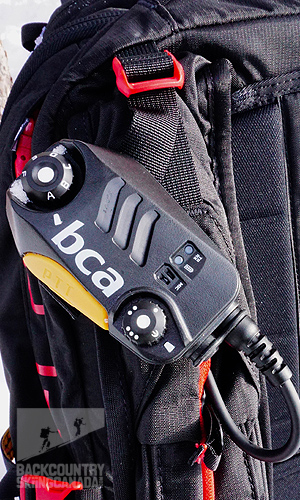 The ski carry system utilizes a diagonal carry with the bottom horizontal webbing strap and a stowable webbing loop. 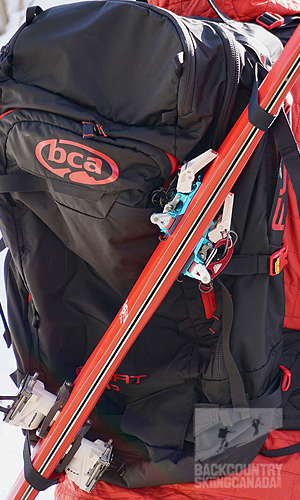 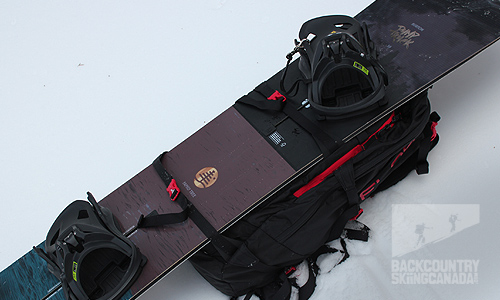 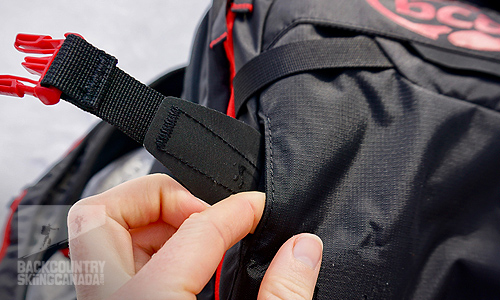 NOTE: the airbag can still be deployed if skis or snowboard are carried in this configuration - the A-frame carry is not an option if the airbag is in use. Compression straps on the sides of the pack are NOT for a ski carry and are labeled as such. It's possible to stow your helmet while carrying your skis or board if you attach the helmet carrier to the webbing loops on top of the goggle pocket.

the included helmet carrier uses the bottom loops; can also ride over the top of the pack on higher loops. The back panel is moulded with an adjustable fit option as well for larger or smaller skiers and riders. 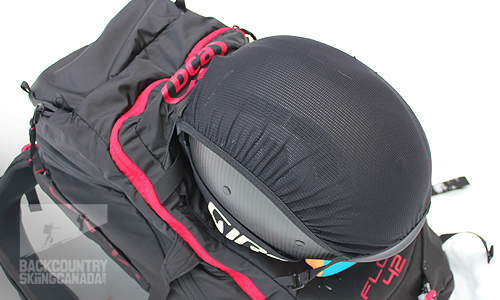 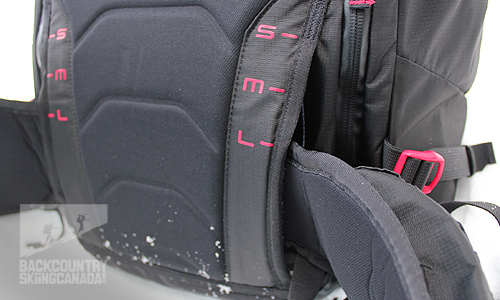 Travelling by air with any of the BCA Float™ airbags via any US airports requires that compressed air cylinders be empty with the cylinder head detached, stored in a resealable plastic bag, and visible for inspection by security (TSA must be able to inspect the inside of the canister). BCA recommends carrying the bag through TSA with a printed copy of the TSA Float Cylinder Regulations. For travel outside of US airports, full cylinders are allowed under IATA regulations, however, may not be carried on one’s person, and must be registered (packed with the airbag pack). For international travel outside of North America, BCA recommends contacting your airline in advance for permission and checking the airbag and cylinder together with a copy of the IATA dangerous good regulations clearly visible. NOTE: Vancouver and Calgary both have TSA checkpoints, meaning you if you plan to travel to the US from either of these airports you must comply to TSA regulations.

Once you arrive at your destination, find a BCA Service Center to refill your cylinder (North and South America), exchange it (Europe) or rent a new one (Japan). BCA actually recommends buying a high volume floor pump, checking it in your luggage, and refilling your cylinder yourself if you're travelling to Japan or anywhere other than the US, Canada, Europe, Chile or Argentina.

The BCA Float 42 is a Cadillac among touring packs for those who want the extra space. The wide, flexible shoulder straps are incredibly comfortable and due to the larger dimensions of the back panel, the pack fits like a turtle shell. The large hip pockets are a personal favourite and allow quick access to a number of smaller items. The ability to switch the trigger to different sides and the double zipper shoulder straps allow a huge amount of customization. Despite the presence of the airbag assembly, the main compartment is easy to access. The weight isn't even close to a deal breaker when you consider what you’re getting as far as storage and features. They say if you buy a bigger pack you’ll just fill it up, but you’ll have a serious complement of gear with you if you max this one out.

One issue I had was my G3 Speed Tech Probe (52.8cm collapsed) does not fit inside the avalanche tool compartment, I had to use a smaller BCA 240 for the photos above. I also tried one of the carbon Black Diamond probes and that one stowed fine, but if you have a longer probe I’d recommend measuring (around 42cm seems to be the cut off). I was also indifferent to the compression straps on the sides. Unless you were using this pack without the airbag and carrying skis in an A-frame, they just seem installed to tempt you. There are so many other places to attach gear I’d deem them unnecessary.

When it comes to the Float system it's no secret that several brands are currently offering a variety of alternatives to a traditional cylinder airbag. I personally have used both a cylinder (ABS) and a ventilator (JetForce) system and there are distinct advantages to the latter - as far as the ‘set it and forget it’ mantra my pack’s lithium-ion battery has lasted me almost eight months and is still at full charge, so I don’t consider a battery a downside. However, BCA’s refillable cylinders are easy to use and refills are generally easy to come by. If you’re looking for a traditional mechanical airbag packed with features and usable space, this is it. The total cost of the pack and the cylinder are right in the mix with other larger capacity airbag packs. If you’re looking for more information on airbags in general, check out this article comparing over 48 different pack models, but keep in mind that it does not include Float 2.0 systems.