The wind resistant Deviator is made using a Hybrid Mapped Construction, meaning it’s a combo of two fabric technologies which are strategically placed to optimize qualities such as temperature, movement, breathability and weight. In this case, the core is wrapped with Polartec Alpha ‘active insulation’ and the extremities are kept insulation free with a stretchy, high wicking fabric. 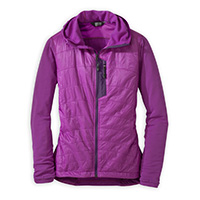 Here's a preview of the Outdoor Research Deviator Hoody front and back in the women's version, there is also a men's version available. 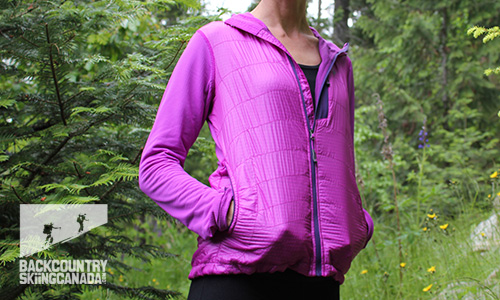 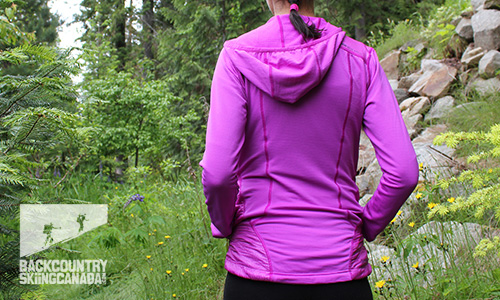 At the core of the Deviator Hoody is Polartec Alpha insulation. As with so many of our technological advancements Polartec Alpha was actually developed for military purposes as an advanced insulating material that could be used in the uniforms for U.S. Special Forces addressing the demands of start, stop activities, particularly in mountainous terrain. The idea with active insulation is that it regulates body temperature during both static and dynamic activities so that there is no need to shed, add or switch layers.

The benefits of Polartec Alpha insulation in a nutshell are:
- highly breathable and fast drying by moving moisture vapour efficiently, freely and consistently through the fabric using hydrophobic yarns.

- body temperate regulating by limiting cold air coming close to the body and by moving excess heat and moisture away from the body.

- warm yet lightweight, packable and easy care due to a solid mesh core surrounded by lofted knit fibres that resist fibre migration. 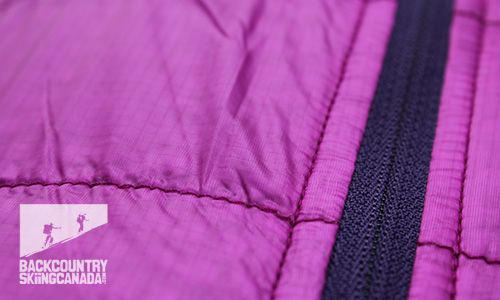 The hood, sleeves and back panel of the Deviator Hoody are made up of Polartec® Power Grid™ fabric which uses a grid design structure (visible on the underside) to reduce weight and increase warmth through channels of contact points that absorb and diffuse moisture to increase evaporation. In essence the fabric is warm for it’s light weight, it’s also high wicking, fast drying, highly breathable and easy care. Let’s not forget to mention that Polartec® Power Grid™ fabric is very stretchy and is strategically placed to support active movements of the body. 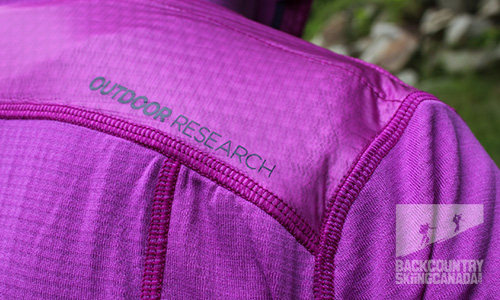 - Stretch mesh liner to ensure activity is not restricted. 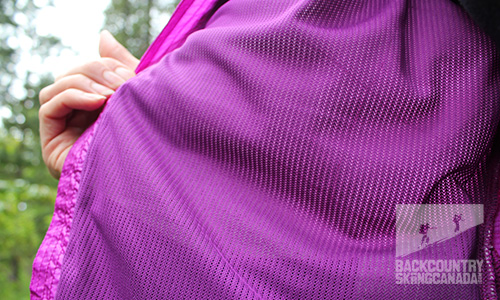 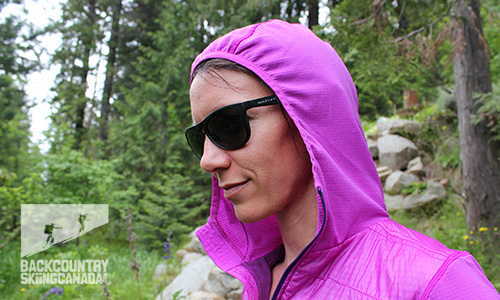 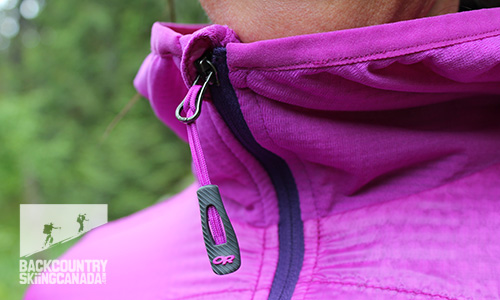 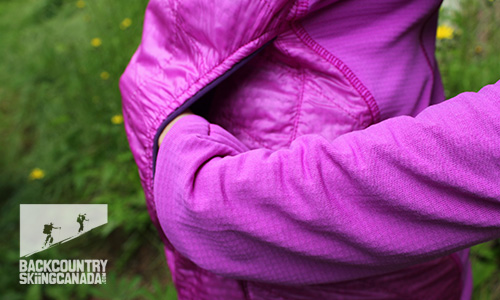 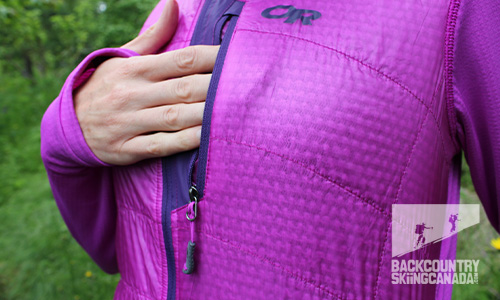 - Elastic cuffs with thumb loops keep your sleeves in place when over layering and also reduce drafts and enhance warmth. 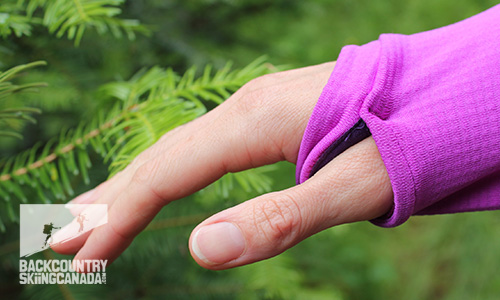 As I mentioned I am yet to test out Outdoor Research’s Deviator Hoody on the snowy uptrack. That said, I have tested it on the uptrack hiking and it certainly has proved to be the most breathable insulating piece I have ever owned. I can understand what all the fuss is about with this active insulation, it really does support you move with ease and to stay your rhythm rather than stop de-layer, stop layer-up as often as I have sometimes needed to in the past. Based on it’s spring-summer-fall performance I suspect I will be fairly thrilled with how this jacket performs as a layer in winter, the only difference is I will likely be wearing a long sleeve underneath instead of a short sleeve. The Polartec Power Grid™ fabric is fairly grabby on other fabrics so I would preferably pair it up with a slicker under layer. I really like the thumb loops when it’s chilly and also the draw cords for eliminating drafts. I have also used the hood to cut the chill. For such a light piece it is incredibly warm when you need it to be. I even for a walk around the block on a chilly summer night, it really seems to be an all season jacket here in Canada.

I am 5’9” tall and slim, usually a size small but I ordered a size medium as I was concerned about arm length which has been problem for me in other jackets in the past. In hindsight I could have gone for a size small, this piece is cut to be a trim fit with a base layer underneath only and it would definitely look better tighter than looser. It’s plenty long in the back which I love in a jacket.

Probably the one thing that has grabbed the most attention in way of comments is the colour—Outdoor Research’s colour schemes have bordered on conservative in the past but they hit it bang on with the ultraviolet for women.

The only thing I have noticed is there is slight pilling on the bands of stitching on the front of the jacket and slight pilling under the arms and at the cuffs. I am willing to accept it in super high wear areas, I am not sure how they would avoid it on the stitching, it’s something I can live with though as the awesomeness of the jacket far exceeds a few micro balls of fluff on stitches.