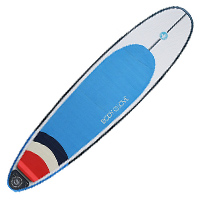 Watch the following video overview to learn all about the Body Glove EZ 8’2” iBoard Inflatable Surfboard.

Endless fun no matter where you want to travel with the Body Glove EZ 8’2” iBoard Inflatable Surfboard, in this case, Oahu, Hawaii. 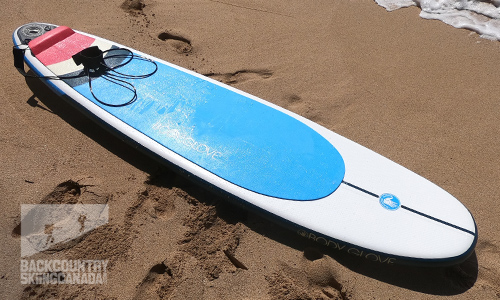 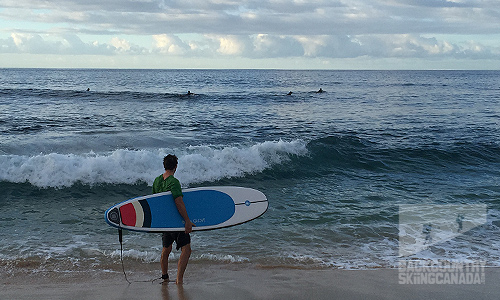 The Body Glove EZ 8’2” iBoard Inflatable Surfboard is long enough that catching waves for beginners is a given and yet intermediate surfers can still have fun. At 2.75” thick, the EZ 8’2” iBoard is plenty rigid and allows you to easily carve and manoeuvre it on the wave. 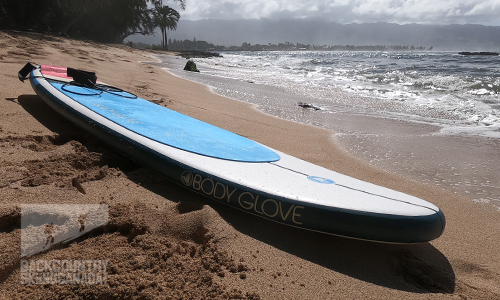 Like Body Glove’s Stand Up Paddle Boards, the EZ 8’2” iBoard uses ‘Double Layer Ridge Construction’ for durability and rigidity. The extra 5psi inflation rate over the standard 15psi for inflatable SUP’s also keeps the EZ 8’2” iBoard extra firm and rigid so it surfs more like a solid board. The narrow pin tail design and triple fins improve edging and carving on the waves and because this is an inflatable surfboard it’s more buoyant and sits higher in the water which makes for faster paddling and ease of catching more waves. 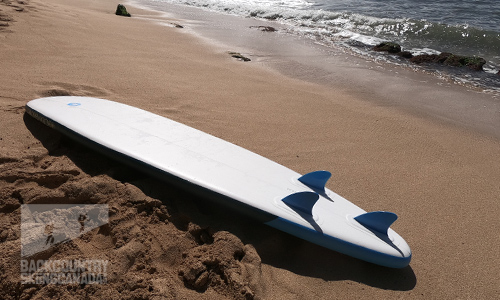 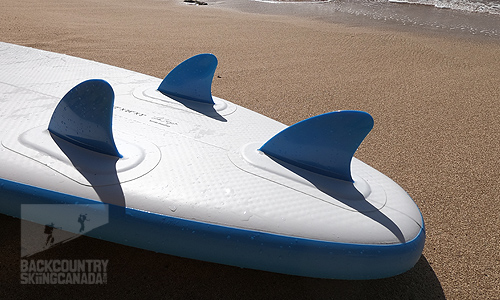 Forget the hassle and added airline fees when travelling with a conventional hard surfboard, and there’s no need to pay daily rental fees for a surfboard at your destination either when you can pack up the EZ 8’2” iBoard Inflatable Surfboard into its own backpack and simply toss it in with your checked baggage. Once you arrive at your destination, having to leave your surfboard on your car is never an issue with the EZ 8’2” iBoard as it can always be deflated and stored inside the car or even in the trunk away from prying eyes. 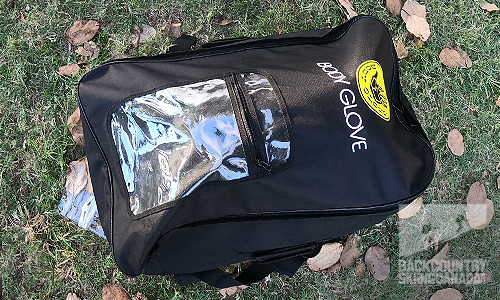 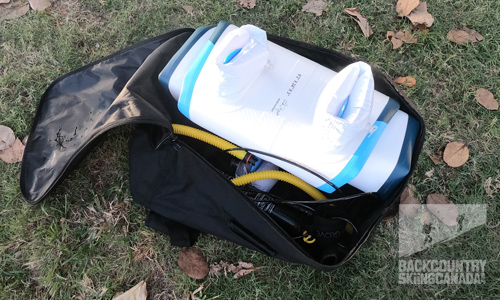 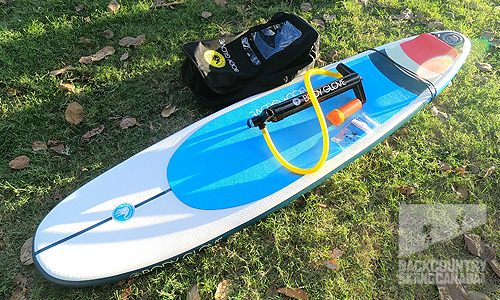 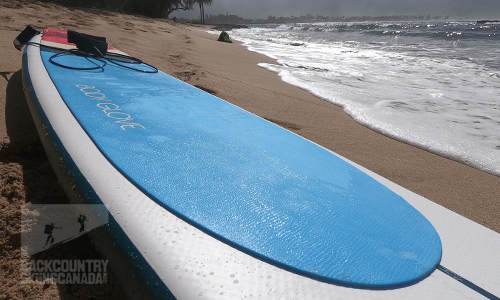 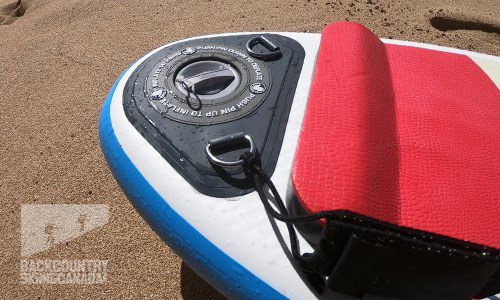 Heading out for a sunset surf on the Hawaian Island of Oahu. 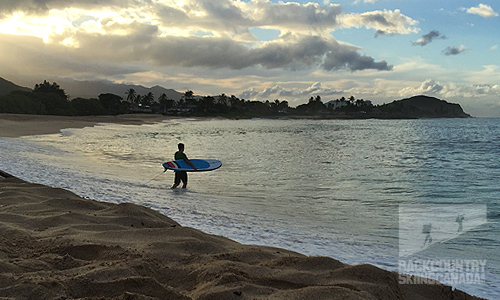 As a landlocked beginner surfer with only a handful of surf trips under my belt, but with the desire to learn more on future beach vacations, the Body Glove EZ 8’2” iBoard Inflatable Surfboard is just what I was looking for. Its dimensions are ideal for those at the cross-section of a beginner/intermediate surfer who just wants to have fun in the waves. Having surfed in Nicaragua, Australia and Maui on traditional hard boards I wouldn’t be honest if I didn’t admit I was a little worried about the EZ 8’2” iBoard’s rigidity and ability to handle the waves. With a surf trip planned to Oahu last fall, the EZ 8’2” iBoard arrived just in time and because of its ability to be considered checked baggage on the planes, I was able to save about $150-$200/week on surfboard rentals. With at least one surfing vacation a year the EZ 8’2” iBoard will pay for itself in no time at all. The ability to easily deflate the EZ 8’2” iBoard for storage in my rental vehicle while travelling was also a huge plus as there is no fail-safe way to lock a traditional surfboard to a car’s roof rack to ensure it doesn’t get stolen.

Ease of travel and portability aside, the EZ 8’2” iBoard was a blast to surf. Paddling out to the break was relatively easy given that it’s more buoyant than a hardboard. Since it sits higher in the water it seems to move faster and be more stable when laying down on it. While I’m no pro, it was also fairly easy to catch waves of all sizes. It took some time to get used to the board’s stability while standing, but after a few failed attempts I caught on rather quickly. The 8’2” length puts it in between a short and longboard and means you can catch the smallest of waves while still having fun carving on larger ones. I thought that because this is an inflatable surfboard that it may waffle and bend a little in the waves but the inflation rate of 20psi makes it really rigid, which makes sense when you consider that most inflatable SUP’s are only 15psi. Even though the EZ 8’2” iBoard has no rails it surfs well and some say it compares to a Wavestorm board, but I cannot confirm this as I have never surfed those boards.

Being a beginner/intermediate rider I liked the fact that I didn’t get as beat up by the EZ 8’2” iBoard when I got dumped by waves or took headers. The soft inflatable construction means you won’t end up black and blue when you inevitably fall on the board. The foam traction pad on the top of the board is also much softer to lay on than a hard board and means that you’ll never have to wax it—which is a big time saver.

Overall, if you are a beginner/intermediate surfer looking to take surf vacations far from home and want to avoid airline and rental fees and still have a surfboard that’s easy to catch waves on and even easier to store, then look no further than the Body Glove EZ 8’2” iBoard Inflatable Surfboard.