For the 2015/16 ski season Black Diamond has given their ski line up an overhaul and positioned all their skis into three categories, Carbon, Link and Boundary. We’ll delve into this more below but for now lets jump into the review of the Black Diamond Link 105 Skis. The Link 105 Skis are new for 2015/16 season and have a 370mm tip rocker and a 280mm semi rocker in the tail with traditional camber underfoot. They come in four lengths of 164, 172, 180 and 188cm with the 180cm ski (the length I tested) having dimensions of 133/105/117mm and a turn radius of 23m. While these numbers are not all that revolutionary their weight of 3300 grams makes them one of the lightest skis (relative to surface area) that we’ve tested to date. 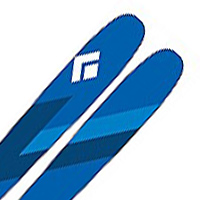 While this isn’t the lightest ski Black Diamond manufactures (those can be found in the Carbon line-up) it is one of the most versatile for in-bounds out-of bounds skiing and given its width to weight ratio. The Link line-up of skis are the middle ground between Black Diamond’s super light touring skis in the Carbon line-up and their heavier more resort/slack country focussed skis in the Boundary line up.

Black Diamond’s 3D construction keeps the Link Skis stiff while still being light. The secret is their use of pre-preg fibreglass and a Paulownia wood core. Top this off with a sidewall dampening system for reduced tip chatter on hard pack and icy snow and a stainless steel tail protector with a built in skin notch and you have a ski that is made for the backcountry which can also tame the terrain at the resort. 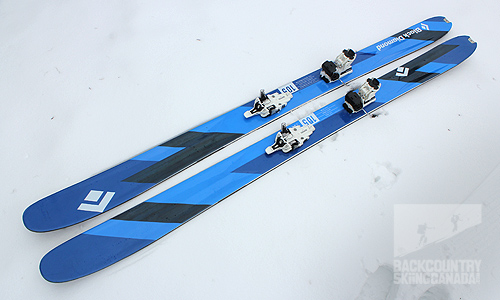 Things have shifted a little with the Black Diamond ski line up for this season so I thought I’d do a bit of a re-cap. The line up now consists of three segments, the Link Skis, the Boundary Skis and the Carbon skis. The Carbon skis are the same as last year but the Link and Boundary skis are all new for the 2015/16 season. The Carbon Skis remain the lightest in the Black Diamond line up and are geared at the ski mountaineers out there who like to go über light n’ fast. The Megawatt ski is 120 underfoot and the fattest carbon ski, the Carbon 105 is next fattest and the Aspect 90 is the narrowest and lightest ski in the Carbon line. If you can sacrifice some weight gain for increased ski-ability then the Boundary Skis are for you. They come in a 115, 107 and 90mm widths underfoot. Their poplar wood core makes them stiffer which is better suited to in and out of bounds skiing but they are also the heaviest skis in the Black Diamond quiver. If you want light weight and all round ski-ability then the Link line is where your desires should lay. At 105, 95 and 90mm wide underfoot these skis are lighter and faster to tour with than the Boundary line up but not as light as the Carbon Skis. The Link Skis are more suited to backcountry skiing than resort but still hold their own in bounds. 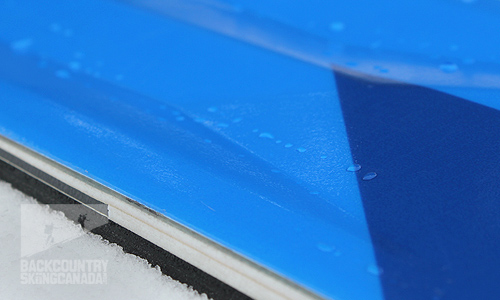 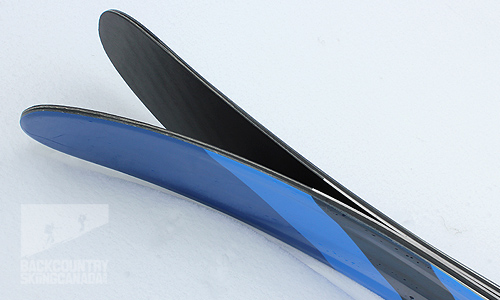 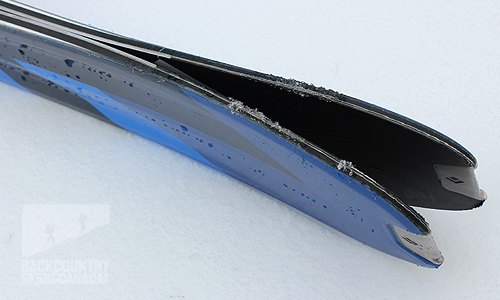 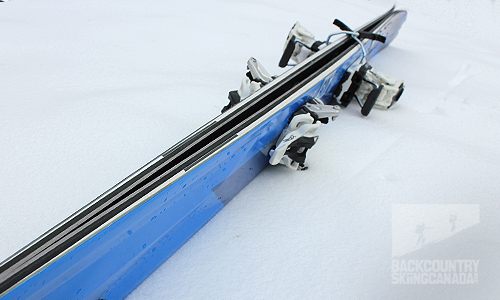 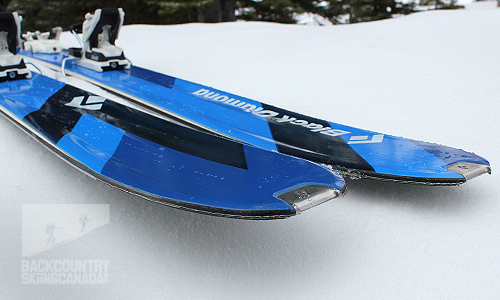 Light weight, yet stable. This is the holy grail of backcountry skis and the Black Diamond Link 105 Skis satisfy both requirements very well. I spent a week this spring ski touring around Whistler/Blackcomb on the Link 105’s trying to find their flaw. At only 3300g their obviously climbed pretty effortlessly and when mounted with the Vipec 12 AT bindings (which we reviewed over here) it made for an insanely light touring set up at just over 4300 grams. Given their 105mm underfoot dimension, the ski down was equally fun with the Link 105’s. Because they are made for ski touring the Link 105’s naturally excelled in this realm however I wanted to know how would they perform in bounds on challenging, wet pow, groomers and sloppy seconds chop. Since it was mid May when I was testing the Link 105’s the snow was variable to say the least, I skied everything from ice to corn and pow. Thanks to their large surface area, skiing true spring corn was super fun and pretty much effortless as it pushed the snow around with ease. Early mornings before the snow had a chance to warm up were the most challenging conditions for the Link Skis. While they were responsive to my inputs they were not as grippy on ice as I would have liked. With a subtle tweak in skiing style I was able to have fun carving the Links but again I wouldn’t say that this ski rails it’s turns. Staying over the skis and driving them consistently helped when terrain and conditions were less than ideal. The early rise tip helped ski through soft crud piles and fresh powder alike while not creating any substantial vibrations or tip chatter. Perhaps this is the Sidewall Dampening System coming into play? Opening up the Link 105’s and letting them run at speed was not only fun but they proved to be stable and confidence building.

The 3D construction provided excellent torsional rigidity and overall I found the Link 105 skis almost as fun inbounds as out. While the Link 105’s were designed to be super light and thus primarily a backcountry ski it’s nice to know that they can also handle laps at the resort. While I wouldn’t classify this ski as a true quicker of one I would say that they’re an ideal backcountry ski that will eat up vertical with ease and provide a solid skiing experience most terrain and conditions. 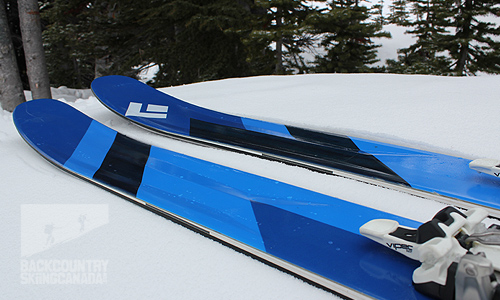